Home » Blog » How To Become A 1st Assistant Director

How To Become A 1st Assistant Director

The 1st Assistant Director is the director’s right-hand person. They manage the film crew so that the director can focus on the actor’s performance. Particularly, on larger film sets the more support the director needs, hence the more important this role becomes. This article will breakdown the responsibilities of a 1st AD, together with details on how to find paid work.

What Does the 1st Assistant Director Do?

During pre-production, the 1st AD will complete a script breakdown, lead location recces and also attend all HOD meetings. Their main task is to write the shooting schedule. In order to do this, they will use the help of software such as Movie Magic. Additionally, they will also hire the rest of the AD department alongside the producer.

Significantly, during production the 1st assistant director will always be on set, often standing close to the director. Firstly, they will watch the blocking of the scene and make sure that actors are in hair and makeup. Also if there are any problems that might interrupt the shooting schedule the 1st AD will help solve these. Above all their main responsibility is to make sure that the film is shot on time and on schedule.

When the cast and crew are ready to shoot the 1st AD will call the roll. They will do this with a series of calls before shouting action. (To illustrate this details can be found on our film set terminology list).

Many 1st assistant directors start out either as runners or PAs before climbing up the career ladder to 1st AD. There is a straight line of command that can be worked up towards the 1st AD job role. Going from runner, 3rd AD, 2nd AD and eventually to the 1st AD role.

Starting out within the production runner role will give you insight into how a professional film set works. Furthermore, you will need to have some work experience before finding paid work as a runner. You can find work experience on job sites such as Shooting People, Stage 32 and My First Job In Film. Additionally, Facebook groups are also a great way to find local productions and get your first work experience credits. Some great UK groups are People looking for TV work and also London actors and filmmakers.

Although not necessary, many 1st ADs have higher education degrees in film production or media studies. What’s more film schools also provide more focused courses and workshops within this job role. The NFTS does a workshop on Movie Magic Scheduling together with a diploma course in Assistant Directing and Floor Managing. You can also find details on apprenticeships together with trainee placements on Screenskills Trainee Finder.

1st AD’s are self-employed freelancers, therefore you will need plenty of experience and contacts to find full-time work. You might start out your career working as a runner even though you won’t get paid more than minimum wage. In truth, many filmmakers have either part-time jobs or other careers before they chiefly work full-time in the film industry.

Eventually as you gain more experience you can begin to work as a 1st AD on independent productions. Also if you are skilled in this role, word will spread and as a result producers will hire you. When you have enough experience you can add your details to crew glossaries such as Creative England’s Database.  In addition, you can apply to be part of a crew agency such as Gems Agency.

In general the initial roles in the AD department – runner and 3rd AD will likely only pay minimum wage. On the whole, the more experience you gain, the higher your daily wage will become. For the most part the wages of film crew roles will depend on the production budget and project type. (e.g. TV series, Major Film, Live Broadcast). In addition details of current working rates for the AD department can be found on the BECTU rate cards.

The 1st assistant director’s job requires strong leadership, teamwork, and organisational skills. To conclude this is a difficult role that will take many years of practice to turn into a career. All things considered for the right person the 1st AD role could provide a very interesting and challenging career. 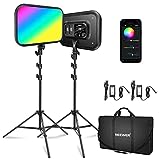