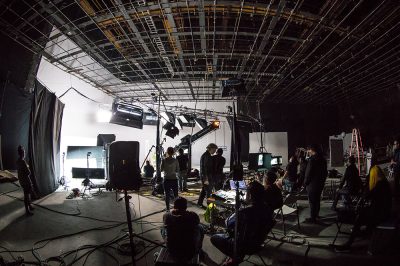 What does a 2nd assistant director do? Before working on a film set, be sure to understand everyone’s individual job roles and responsibilities.

The 2nd assistant director is the key assistant to the 1st assistant director. Together they work within the AD department to help the director organise both cast and crew during production. It’s an administrative role that requires an organised mind.

Below we have broken down the job role so that you can understand exactly what a 2nd assistant director does. Also, check out our other career guides!

What Does a 2nd Assistant Director Do?

It takes a lot of work to organise a film set. That is to say, the director and producer need a lot of help keeping track of the crew and schedule.

The 2nd assistant director works mainly in the production office. Here they coordinate the production, communicating any schedule changes with both actors and crew.

In particular, their main task is to create the call sheet. This must be prepared every day and distributed to all crew members. They also oversee the talent and extras during filming. Occasionally they will work on set helping the 1st AD.

In essence, it’s an admin role that requires good communication skills. Now, let’s look at what a 2nd assistant director does within each of the production stages.

During pre-production, the 2nd assistant director, with be hired by the producer or 1st AD. Firstly, they will need to complete a script breakdown and then list how many supporting artists are required. It’s the 2nd AD’s job to help hire and manage extras.

Their duties change per job, but mainly they assist the 1st AD. For example organising table reads, rehearsals, location recces, and hiring transportation. The notable task of the 2nd AD is to create, distribute and update all call sheets.

Once production starts, they work mainly in the production office. To begin with, they will manage the supporting artists, in addition to this they will organise transport. They are the communication between all departments, making sure everyone knows of any schedule changes.

Furthermore, the 2nd AD will backup the 1st if they need further help on set. Occasionally they will direct background extras. Most importantly, the 2nd assistant director will create daily call sheets and give them to a runner to distribute to everyone at the end of each production day.

You don’t need a degree to be a 2nd AD, but a degree in Film & TV might help you understand the role more. There are also many short courses you can take as well as workshops. The job requires a range of skills from people management to considerable planning and scheduling.

Many 2nd ADs begin as trainees and production runners. Production office work experience can help you learn what does a 2nd assistant director do. You can find placements through Screenskills, BBC, PACT and The Production Guild.

Most 2nd ADs will start in the production office or as an onset runner. On the other hand, you could work on low budgets and work your way up to higher budget productions. However, the best way to learn what a 2nd assistant director does is by watching others in the job role.

Like all jobs in filmmaking, it’s good to have initial work experience. Any onset or production office work is helpful. It is also possible to move into this role from another admin role. You will also need to familiarise yourself with production management software.

A 2nd assistant director is a self-employed freelance job role. This means that you will negotiate your pay rate per project. Unions such as BECTU and The Production Guild can provide pay rate advice. Generally, you would start on a lower wage; keep in mind production office runners don’t get much more than a minimum wage.

Like all film crew roles, your salary changes widely with the production budget. While on major feature films 2nd assistant director can make between £300-£500 per day. However, on lower budgets, this can go down to £200 per day.

Want to know what other crew job role salaries are? Check out our updated chart of film production crew rates.

Assistant directing can be an excellent route to producing and directing work. It gives you the chance to manage all roles on set and discover what it takes to make a film. It’s a role best suited for highly organised or enjoy working with people.

Do you have any questions about assistant directors? Let us know in the comments below!