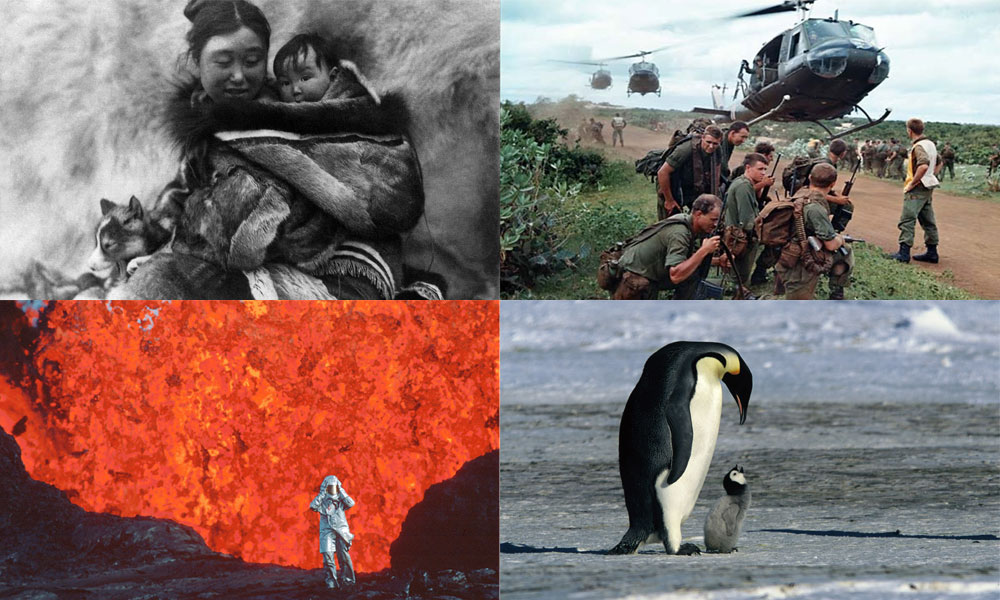 10 Best Documentaries Of All Time [You Need To Watch]

You can find the best documentaries of all time throughout the past 100 years. They explore diverse topics in a mix of documentary styles. What makes them famous documentaries is that they take risks and show the world from another viewpoint.

There is something for everyone on this list, including true crime, social issues, and wildlife. These films have won awards, and many are streaming on popular platforms. Perfect, if you are looking for a movie to entertain you this evening.

So without further ado, here is our list of best documentaries of all time!

Our first film, Nanook of the North, tells the story of Nanook and his family. They live in northern Canada and struggle to survive. This silent film was hugely popular when realized and still continues to entertain audiences today. It is also known as the first feature length documentary film.

However, there was some criticism over the reality of the scenes. For example, some of the famous scenes, such as building an igloo, were staged. Either way, the film was a huge success, and it helped document the unknown livelihoods of natives in the 1920s.

Man with a movie camera is one of the most famous documentaries. It is a soviet silent film and follows a man traveling and capturing new locations on his camera. What makes it stand out is its use of new editing styles such as jump cuts, slow motion, and dutch angels.

Before this film, filmmakers didn’t use many editing techniques and stuck to using a tripod. As a result, it influenced many upcoming famous directors to take risks. Sight and Sound rank it 8th on their list of greatest films ever made.

Don’t Look Back follows Bob Dylan’s 1965 concert tour in England. The filmmakers shot on film in black and white with a 16mm handheld camera. It helped to create a fly on the wall documentary style. As a result, the film shows the reality of Dylan’s personality and rock-n-roll lifestyle.

Many film writers say this is one of the best documentaries of all time. In addition, it is also known for inventing the rise of musical rock films, with many more realized after it. Watch this film if you are looking for something more light-hearted and entertaining.

This next film explores the Vietnam war. Hearts and Minds won an oscar for best documentary but also got a lot of negative attention at the time of its release. This is because it shows the reality of the war and includes shocking scenes, which some people found biased.

Filmmaker Michael Moore said that was the one film that inspired him to become a filmmaker. In 2018, it entered the Library of Congress archives because of its importance in history and culture.

The Thin Blue Line is one of the best documentaries of all time. It follows a murder trial in Texas. In particular, it focuses on the loose ends of the case and the innocence of the original suspect. It’s also unique as it shows the filmmaker on screen and their opinion on the case.

Since the filmmakers had no footage of the crime they had actors reenact the events. As a result, it had mixed reviews from the audience at the time, who had never seen this before. These days reenactments in documentary films are used frequently in crime dramas.

Hoop Dreams follows two high school students and their dream of becoming NBA basketball players. The film deals with themes such as poverty, drugs and racism. However, it is still a positive film about following your passion.

The film is also one of the most famous documentaries of all time. It was a surprise success and helped bring documentary films to the big screen. As a result, after its release filmmakers shot more on video and made independent films.

In Paris is Burning we follow a gay and transgender community. It explores the ball culture of New York City in the mid to late 1980s and the LGBT people within it. The film also looks at many themes, such as race, class, gender, and sexuality in America.

It is one of the best documentaries of all time because it took risks. As a result, it introduced people to gay culture in a positive light. The film won many awards and in 2016, it entered the Library of Congress because of its social impact

Famous documentaries explore a wide range of topics. March of the Penguins is one of the most successful wildlife films. It looks at the life of penguins in Antarctica following the courtship and journey between the ocean and breeding grounds.

It’s an emotional film with fantastic camera work, which took over a year to film. What’s more, the film is the highest audience rated film on our list and it also won an academy award. So definitely worth a watch if you want a more lighthearted subject matter.

The Act of Killing looks at the 1960s Indonesian mass murders. The film does so by having the individuals reenact their crimes with actors. Its a unique mix of both documentary and performance.

In effect, it shows how easily people can become monsters. Unlike other films, it focused on interviewing the criminals instead of the victims.

The film is ranked highly in the BFI list of best documentaries of all time. You can also find it on many top 10 film lists by film writers.

This recent release follows the lives and careers of scientists Katia and Maurice Krafft. They were a husband and wife duo who explored volcanos. Their work helped to predict the timing of volcanic eruptions. In addition to this, they captured stunning photos and video footage.

As a result, the couple died together during one of their studies. Fire Of Love is about their passion and the discoveries they made. It also uses the couple’s own video footage to tell their story. It premiered at Sundance and already has high audience reviews.

Best Documentaries Of All Time – Wrapping Up

To sum up, these famous documentaries entertain, educate and bring awareness to new topics. They take the audience to a new world where they learn about real people, places and events. In many ways, a great documentary can have the power to change the world.

Documentary filmmaking is a great starting point for beginner filmmakers. They cost a lot less to make and you can shoot them on a budget camera. All you need to do is find a good story and let the truth reveal itself on camera. We hope that this list helps to inspire you to make films. 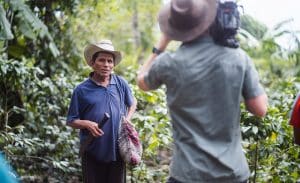 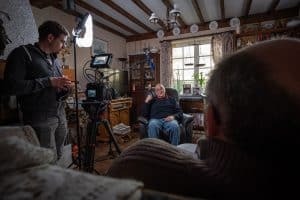