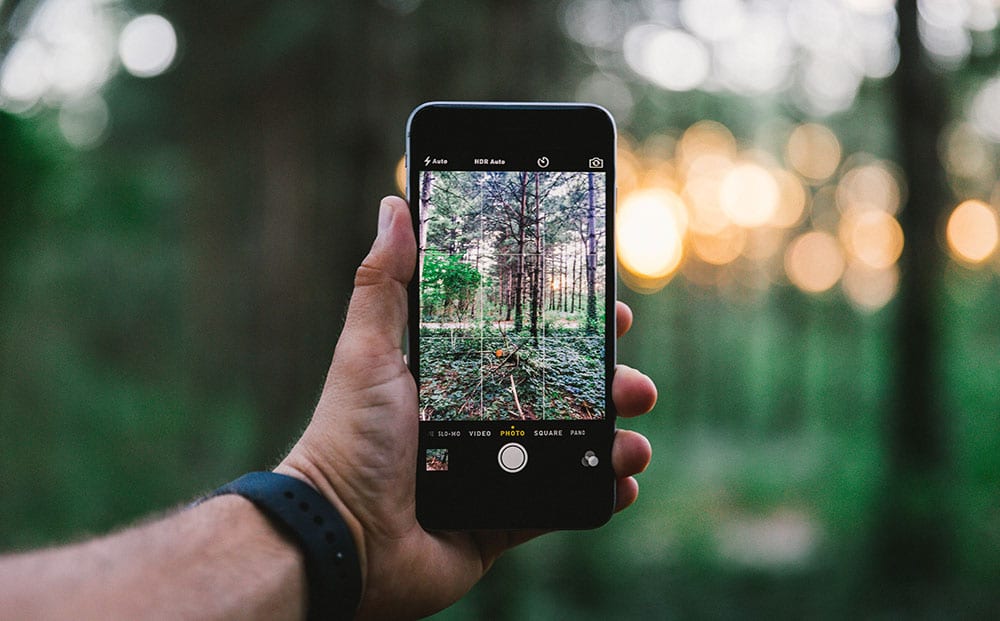 In this article, we look at the best filmmaking apps to add to your toolkit and help make your job that little bit easier 👍

Now more than ever, the mobile phone is playing a crucial role in filmmaking.

Things have come a long way since the days of flip-and-slide phones where the 2MP camera gave you a piece of footage that looked like it’d been filmed on a potato.

It’s pretty mind-blowing to see just how much people can now achieve with this relatively small piece of technology sitting in their pockets.

Even if you’re not filming on your phone, it’s still an essential tool that you need to bring with you to every single shoot. So, with that being said, what are the best apps for filmmakers?

To help you figure out what you should have in your toolkit, we’ve highlighted our Top 10 Best Filmmaking Apps below.

Firstly, Google Maps. The chances are that your phone already comes with this app pre-installed and rightly so. Maps have become a priceless tool that we often take for granted.

It may seem a little strange to mention a navigation tool when it comes to filmmaking apps. Obviously, it will help you in finding out where you need to be and the best way to get there on foot, by car or public transport.

However, we enjoy using it mostly because of another, more nifty trick. Street view. 😉

Before you’ve even scouted your location, you can use street view on Google Maps to build up a solid idea of pretty much any location in the world.

So, turns out it is one of the best apps for filmmakers after all! An incredibly useful, time-and-money-saving piece of software.

Next, a favourite in the world of filmmaking apps. This is perhaps the most genius and one of the best apps for filmmakers. Seriously. You should bring it along to every single location scout and future shoot you have planned.

So, even if you arrive at a location at 1 pm in the afternoon, you can plan for a sunset shoot. The app finds out exactly where the sun will be when it sets at 6 pm and even (using 3D models) how the light will fall.

Filmmakers and photographers throughout the 20th century would’ve killed for this. In fact, they would’ve loved to have had any of the filmmaking apps mentioned here.

Honestly, we couldn’t have described this one any better than they have themselves, on the app store:

“ShotList brings an editable production stripboard to your mobile device to help plan every scene of your shoot. It also tracks your progress on the day, shot-by-shot.”

Sounds pretty handy, right? It is. ShotList developed this app in collaboration with film production studios. Consequently, it’s a high-end product that does exactly what we as filmmakers need it to do.

It’s one of the best apps for filmmakers because effectively, you can keep the organization of a whole shoot on you, in your pocket. You can view, manage and edit your shot list all on one easy-to-use interface. And it’s pretty satisfying to tick things off as you go.

Filmmaking apps are all about streamlining processes. This particular one takes all the hassle out of storage.

It helps compute all storage requirements for any video and audio media. In other words, how big are your video files going to be and how much space will you need for this shoot? It’s a horrible question that we always dread, but we need to know the answer up front and this takes away the pain of that process.

Additionally, you can also use the app to calculate the time results in a variety of different formats too.

As expected with most of these apps for filmmakers, the controls are simple, the display is concise and, most importantly, it’s free!

It ticks all the boxes necessary to make it one of the best filmmaking apps around.

Notably, this app is so good, its developers have won an Emmy for their contribution to filmmaking. So, although it’s a little pricey, we’re confident you’ll find this well worth the investment.

Artemis Pro is a digital viewfinder that allows you to input your specific camera settings, choose a lens and see exactly how that would look. It may just be the difference between you opting for a 16mm in place of a 24mm. Oscar-winning directors have been utilizing this one, so it’s clearly one of the best apps for filmmakers!

It’s now integrated with Helios Pro too, as the two filmmaking apps are made by the same developer. Very useful.

Filmmaking apps tend to have a habit of making physical pieces of kit redundant and now, using just your phone or tablet, you can now see exactly how even your green screen really is. Therefore, no need for light meters or waveforms.

Simply put, it works by breaking your screen up into different bands and color levels. Consequently allows you to see exactly what adjustments need to be made.

In their own words on the app store – “whether you’re working on a $100M blockbuster or shooting green screen in your basement, Green Screener will raise the quality of your green screen to a new standard.”

Cost: free (in-app purchases may be required for full experience)

Similarly, from the same developers who created Green Screener (above), Shot Designer is another very handy tool in your box of filmmaking apps. It allows you to work out the movements of your actors in very complex scenes, very quickly.

Additionally, you can pay £19.99 to download a desktop version that will work seamlessly with your phone/tablet app. Moreover, this will allow you to export, save and print the scenes and floor plans you create.

The best apps for filmmakers make life simple and remove potential issues. And when we said there was an app for just about anything, we weren’t exaggerating.

Although it may never quite beat the satisfaction of a physical clapper board, this app is a brilliant second-best and could just come in very, very handy should you have misplaced the clapper on set.

A lot of filmmaking apps can be a bit ‘gimmicky’, but we love this because it’s so much more than that. The clapper can be fully edited so you can input all of your text and vital details, as well as be synced up to all of your cameras. A simple swipe across the screen or touch of the volume buttons initiates the clap and you’re good to go!

Whilst in-house cameras on our phones and tablets are now exceptional and very well accomplished when it comes to shooting video, there are often still features that we miss when compared to shooting on our DSLRs.

However, FiLMiC Pro has perhaps now bridged the gap. When it comes to shooting video on your handheld device, FiLMiC Pro is widely considered one of the best apps for filmmakers out there.

Basically, it gives you full control over your video settings👌

Much like a professional video camera, you can change and lock exposure, shutter speed, ISO, focus and zoom. Additionally, you can shoot in a number of different aspect ratios and resolutions, make advanced changes to audio, choose from a range of different encoding options and much, much more.

This app has been used to shoot the film Tangerine (2015), as well as High Flying Bird (2019) on Netflix. It’s one of the best apps for filmmakers and you shouldn’t leave the house without this one installed.

Lastly, one for those needing to cook up a quick edit on the move. Whilst editing on your desktop currently remains the best option, you just never know when this one may come in handy.

Premiere Pro editors will feel right at home using Rush as it’s effectively a lite version of the software. You’ll find the same classic multitrack timeline features, allowing you to arrange your media with a simple drag and drop. You can also adjust your audio, edit colors, add text, transitions, voiceovers, and more.

Furthermore, you can then open these Rush files directly on your desktop version of Premiere and continue the edit there.

It’s well worth downloading and trying out!

In conclusion, when scouring the app stores for the best filmmaking apps, you will find a lot to choose from.

Some, like the ones highlighted here, are brilliant but others? Not so great.

Ultimately, you will need to download and try out each one to really get an understanding of how it can help you in your filmmaking process. We hope this list of our top ten best apps for filmmakers will help you on your way!

Josh Edwards
Filmmaker. 25. I have a real passion for travel and documentaries
You Might Also Like
Best LED Video Lights For Filming in 2023 [Beginner’s Guide]
6 Best Light Meters For Film & Photography in 2023 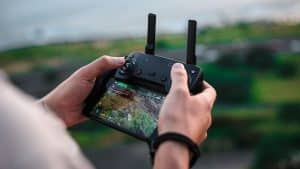