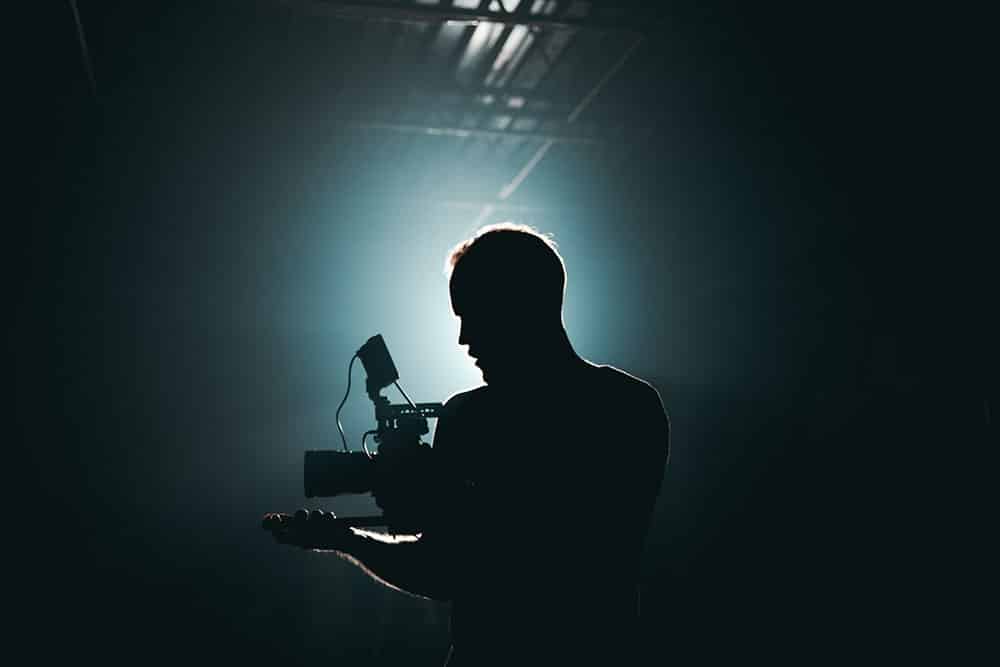 Filmmaking quotes provide us with a quick burst of wisdom.

In fact, a good piece of advice can stick with us for months or even years. This advice from someone you admire creates hope, energy and action. So if you are an aspiring director, check out some of the film director quotes below.

We also have advice from some of the top filmmakers from other film job roles. This includes James Cameron quotes and Werner Herzog quotes.

Film director quotes let you know that the journey is worthwhile. The job of a film director is especially tough and takes a lot of strength. By reading filmmaking quotes from famous film directors, you feel energized to do whatever it takes to get your film made.

The best film director quotes show how important it is to start making films. You learn the job by doing it, even on small projects. In addition, a lot of advice suggests directors find ideas not just by watching movies but by reading and studying other topics.

“I would travel down to hell and wrestle a film away from the devil if it was necessary.”

“But having a really good understanding of history, literature, psychology, sciences – is very, very important to actually being able to make movies.”

“When you’re doing films, just with friends, with no money, on a shoestring. You have to be able to do all the jobs… And it’s a wonderful way to learn everything.”

Film producer quotes focus more on the business side of filmmaking. Like the film director quotes, as a producer, you learn by doing but also need to fight for your project. Being a producer is about proving to people why they should fund your film and work for you.

“People call me a perfectionist, but I’m not. I’m a rightist. I do something until it’s right, and then I move on to the next thing.”

“The business of horror movies goes up and down, and people are always like, ‘It’s working,’ ‘It’s not working,’ but generally, I think if you make a good movie that’s scary, people will come.”

“I always feel that the best kind of producing – and frankly, it has to do with what I like to do – is you’re the big-picture person.”

“I’ve got to be out doing a million things. That’s how I find stories. That’s how I get the relationships and get the projects that I get with the writers, the directors.”

Filmmaking quotes by famous screenwriters show the importance of taking your time to write your script. The process of writing a script requires structure and discipline. As a writer, you must spend time creating your story, characters and the world they live in.

Screenwriters know that the script is the most crucial part of the filmmaking process. After all, you can’t start making a film until you have finished your screenplay. This is why expert screenwriters have a lot of self-discipline and confidence.

“First scenes are super-important to me. I’ll spend months and months pacing and climbing the walls trying to come up with the first scene. I drive for hours on the freeway.”

“If you’re writing a novel, you can afford to see where the spirit takes you, but in terms of structure and engineering with a screenplay, you have to be quite pragmatic; otherwise, it will run away from you.”

The editing process is where the film takes shape. The film editor has a lot of control over the film and how the audience watches the story. To be a great editor, you need an eye for detail and excellent time management to complete the project on time.

Filmmaking quotes by famous editors show the value of the job role. These editors talk about how they work closely with the director. They also understand that you make the final film in the editing room.

“There’s a great deal of mystery in film editing, and that’s because you’re not supposed to see a lot of it. You’re supposed to feel that a film has pace and rhythm and drama, but you’re not necessarily supposed to be worried about how that was accomplished.”

“The director and editor always explores how we can propel a scene, and that’s including dialogue, without doing match cuts. Because the audience is really willing to accept a lot of chaos.”

The art of acting is not just about reading lines but immersing yourself in the character’s world. It’s true to say, that every artist has their own way of rehearsing and performing. For example, some actors will choose to stay in character. While in contrast, others will play a version of themselves.

However, what is important is that you spend time playing around with your role. The actor’s job role is highly creative and takes a lot of self-confidence. Many actors find that they get better at their job role the more they understand themselves.

“Acting is not about being someone different. It’s finding the similarity in what is apparently different, then finding myself in there.”

“Acting is playing pretend, playing a children’s game at an adult level, but with children’s rules. It’s fun to play bad guys. I’ve never been in a fight in my life, so it’s fun to play something that’s different.”

“Acting is something different to everybody. I just know that if you watch an actor or actress getting better and better, I think that’s them just understanding themselves better and better.”

The DOP is responsible for all cameras and lighting on a film set. It’s both a creative and technical role that requires a lot of teamwork. In addition, they work closely with the director to turn the script into a film.

Filmmaking quotes can show how the job role is difficult but also the creative freedom. The expert DOP understands that they need to work hard to tie the whole film together.

“The biggest challenge of any DOP is making the imagery fit together of a piece: that the whole film has a unity to it, and actually, that a shot doesn’t stand out”.

“I think people just see the job as being about photography shots and beautiful lighting. We all want our movies to look great visually, but I think that what really makes a great DOP is one who loves story.”

“My job is vast in its possibilities… much more so than music or language.”

Filmmaking quotes can help to inspire action and optimism. For example, film director quotes might encourage you to work harder and understand the tough reality of the role. Others stress the importance of teamwork in the film industry.

We hope you enjoyed this post! If you love a quote, write it down and leave it next to your workspace. That way, you can feel the benefit of a quote throughout your day.