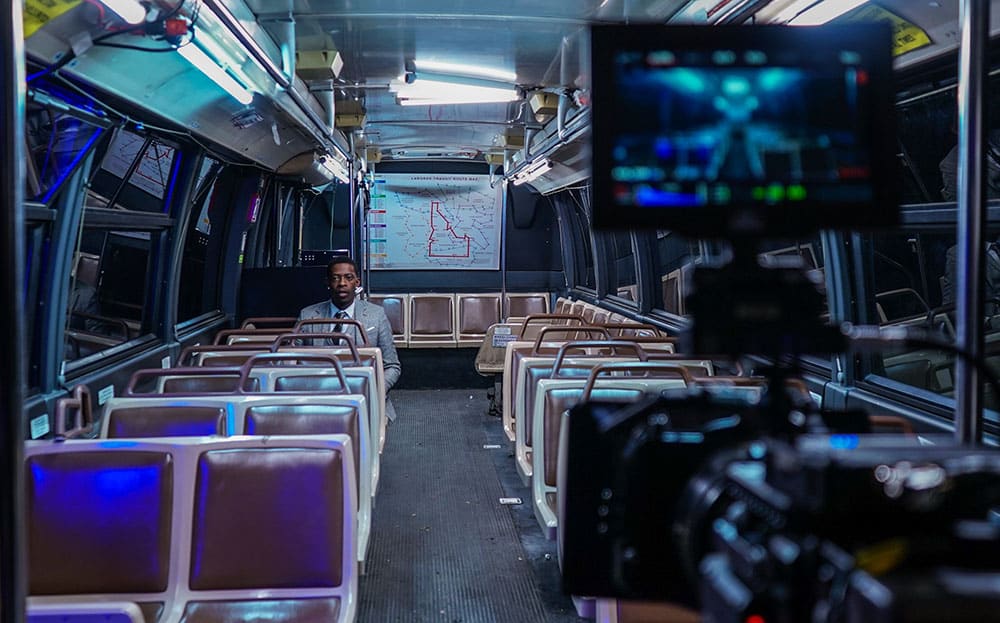 Short film competitions are great fun but finding the money (and time) to film can be difficult.

Getting funding for your short film idea is like watching England at the world cup. You know there’s no chance of it happening, and yet you continue to give up your time.

But what if there was a way you could win some money, equipment and exposure without the need for writing a 5-page funding application?

Well, luckily you can in the shape of film competitions, which challenge your filmmaking ability rather than your application writing skills.

Online film competitions run throughout the year. Most run through February to July but there are always new competitions appearing and often from some of the most surprising sources.

So here are 5 filmmaking competitions to watch out for this year.

If you don’t know who Rode are, then are you really an independent filmmaker?

The brand behind some of the best and most affordable microphones on the market (including the NTG-3, Filmmaker radio kit and NTA-1).

Rode has gone out of its way since 2014 to offer filmmakers a chance of winning an unholy amount of kit. Running from April-June normally, it’s a safe bet it will come around every year.

The challenge is to create a 3-minute original film using a Rode mic. However also with the proviso that you also make a Behind-the-scenes film showing how you used the Rode mic.

You can shoot any genre you want including sci-fi, horror, documentary, action, comedy, television commercial and even a vlog.

Most filmmakers will own at least one Rode mic. But if you don’t then you could always just rent one for the day as they are incredibly cheap.

Don’t be put off by the behind-the-scenes request either.

Just take a look through some of the previous years and you’ll see the vast range of quality accepted.

From the beautifully shot in-depth analysis to the most basic talking head with pictures; as long as you enter something your entry will still count.

Of course, you could put more of your effort into the behind-the-scenes than the actual film as it too has its own award category. Check out last year’s winning entry from The Film Look:

This is where Rode Reel really stands out, they have 29 different categories to win in!

With a range of technical categories, regional categories, genre categories and major categories (including best female filmmaker), you really can’t accuse Rode Reel of being biased, they even have the best location prize.

The prizes vary for each (although all involve a lot of sound equipment) but with prizes such as:

Winning a category can instantly help you up the quality of your production and make filmmaking a full-time career if it isn’t already.

When it comes to the judge’s prize though, if you are lucky enough to win make sure you have a storeroom ready.

A Blackmagic URSA Mini Pro, an Atomos shogun inferno and a Freefly Movi Pro bundle are the highlights of an outrageous prize collection.

We can’t list everything here, but you can take a look at the full list of prizes here.

This film competition is for the scriptwriters. It may seem like a funding application as there are a few pages to fill out but it’s in no way as in-depth and overwhelming as many funding sites out there.

In addition to this, the selection is based entirely on your script. Feature films, TV pilots, and short films all have their own competition and prizes.

Enter your script, it’s as simple as that. Every script is read by two separate readers, all of whom have won either an Oscar, BAFTA, Emmy or Golden globe.

Scripts should be between 2-30 pages and written in size 12 courier, formatted like a professional script.

There is a fee to enter this film competition ($40-50) and make sure it’s an original script or you have copyright from the original owner.

If it’s an adaptation of say a book, but if you have the money and an idea you think is really something special then it’s worth a go for the prizes…

If you are truly the next Aaron Sorkin and your script wins, then you can look forward to receiving $10-15k, free camera equipment rental from Arri, full production support from Shore and some online scriptwriting subscriptions.

What makes this contest worthy of inclusion is that it suits both writers and writer/directors…you don’t want to direct the script?

That’s fine, they’ll provide a director and team to make it happen.

But equally, if you are a budding director then they will help you realise the script in whichever way suits you best.

They have yet to run one in 2019 but chances are come April that there will be something for you to get excited about.

The challenges vary from competition to competition, last year they had an editing contest using footage provided.

As well as several short film challenges, they always tend to have a theme such as ‘conquering your goals’ or ‘inspiring people’.

Normally capped at 5 minutes, they usually prefer documentary pieces but they invite a new guest judge for each contest. So there’s really no way to establish a common theme amongst winners.

It is definitely a film competition that values content over style but that’s what makes it so inclusive.

Out of all the film competitions, LaCie Collective offers the most well-rounded prize for someone looking to break into independent filmmaking.

You might be surprised to learn that Nespresso runs a film competition, but it does.

Nespresso Talents is a scheme that looks to support emerging filmmakers and even though it’s not as prestigious as the other challenges, this may suit some of you more.

Create a vertical video of up to 3 minutes that explores the idea of what food means to you. It can be told in any style or genre you want that can work with the title ‘we are what we eat’.

Obviously, you will get the cinematic entries, but being vertical this lends itself nicely to those of you who may be more interested in shooting something with your phone, even if it’s on a gimbal or with filters etc.

This is actually better if you are based outside of the UK, as the cash prize for UK/ROI is 2000 euros for first place and 1000 euros for second place. Whilst the international award is 5000 euros and 2500 for runner up.

But it’s not just about the prize on this one, because what they also offer is an invitation to Cannes Film Festival. In addition to this, they offer a talents award ceremony in the UK or a mentoring session with cinema exports for the international prize.

For many of you, these prizes might not seem worth your time. However, maybe you have a spare weekend and fancy an incredible trip to the south of France to watch some of the best films being made right now.

Depict is part of the Bristol Film Festival Encounters, and is designed to provide a springboard platform for new emerging filmmakers.

Both through exposure and cash prizes.

A popular contest results in stiff competition, so be prepared to pull out all the stops for this.

Create a film that is no longer than 90 seconds. Sounds easy but telling a coherent and emotive story in a minute and a half is far harder than you first might think.

Take a look on the website for inspiration and to explore the quality you will be up against. The limitations does help keep your mind focused and stop you from allowing your idea to spiral into something your budget cannot afford.

But just because you only have 90 seconds doesn’t mean you aren’t expected to pack it full of excitement, drama and strong production value.

£2500 in cash prizes and the screening of your film at (BAFTA qualifying) Encounters Film Festival.

This competition is more about the exposure you gain and potential network opportunities. There are other prizes that are either unspecified or may be announced when the submissions open.

However, this online competition is a great motive for challenging yourself with the possible rewards of finance, exposure and a 90 second film to your portfolio.

When pitching for advertising work, they may not want a 10 minute film, but 90 seconds is far more appealing.

It’s more than likely you can cut it down to 60 seconds if you really try, which demonstrates your ability to deliver in the time-restrictive world of modern advertising.

Lastly, some links to contests, festivals and funding that might suit you if none of the ones above did.

Got any more short film competitions you’d recommend? Did we neglect to mention your favourite? Post a comment and let us know.