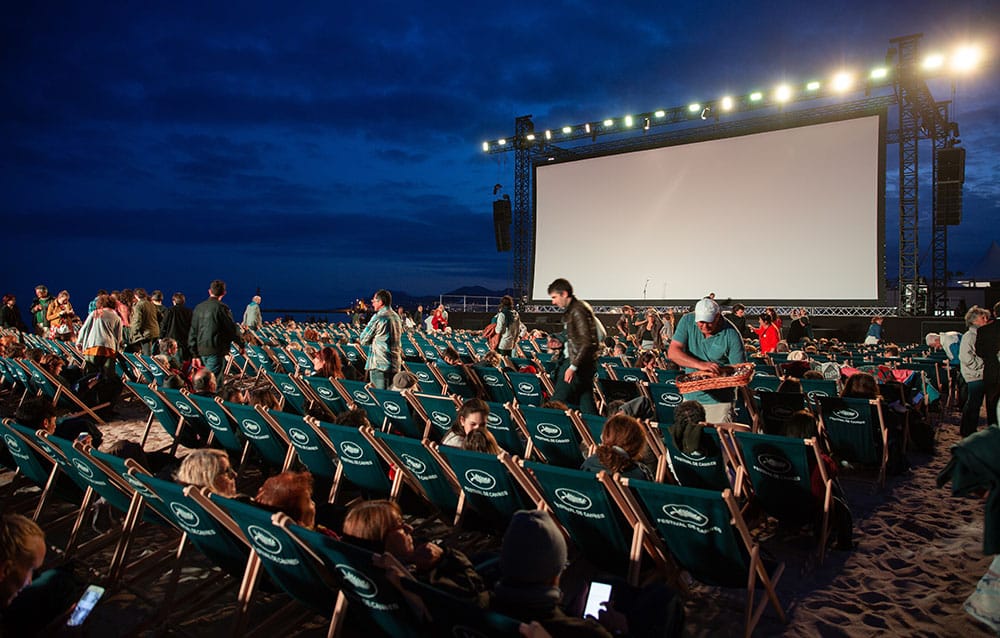 You have spent months (or even years) making your film but what’s next?

Without a doubt, film festivals should be your first destination. Not only can you watch your film on the big screen, but also test it with a live audience.

In addition, your film might even pick up awards or catch the eye of a distributor.

These days the majority of film festivals use Film Freeway for submissions. On there you will find a dictionary of thousands of festivals you can enter.

However, statistically, you are more likely to have your film shown at a local film festival.

To make things easier we have listed 10 of the finest UK film festivals that you can enter this year. Best of luck and make sure to read through the festival guidelines.

The deadline is fast approaching for the UK’s largest documentary film festival. Their program includes both masterclasses and networking events.

Furthermore, they also host a marketplace for filmmakers to sell and distribute their films.

The largest independent UK film festival. Raindance is the film festival that British filmmakers particularly strive to be part of.

It is also an Academy Award Qualifying festival. That is to say, if your short film is accepted you can apply to win an Oscar.

The Iris Prize is the largest short film prize in the world, awarding £30,000 to the best LGBT+ short film. If you have made a film in the LGBT+ genre this festival should undoubtedly be on your submission list.

As well as prodigious prizes the festival also has industry talks, networking events and parties every night.

Organised by one of the UK’s largest arts magazines, Aesthetica is a Bafta qualifying film festival.

Furthermore, you can pitch to some of the UK’s biggest production companies (for instance Film4 and BBC Films). Not to mention the new industry marketplace where you can meet face-to-face with sales agents and distributors.

Celebrating films from home and abroad, Bolton Film Festival is a BAFTA qualifying short film festival that acts as an amplifier of emerging and established talent. Through its industry talks, masterclasses and networking sessions it aims to break open the door to a creative industry that many people find difficult to access and navigate.

Encounters is the UK’s largest short film festival. It’s a competitive festival and films selected are both Bafta and Academy Award qualifying.

So if you think you have an excellent short film be sure to submit. Altogether the festival promises to be a jam-packed event this year with industry talks and special guests.

Leeds International is one of the UK’s longest-running film festivals. It’s a competitive festival both Bafta and Academy Award qualifying.

Specifically, their BFI partnership provides feature film funding for filmmakers based in the North.

A long-running film festival in the heart of London. In particular, they have script competitions and aim to get their winning scripts into production.

In fact, five scripts have previously been optioned and gone on to win awards and distribution.

Edinburgh hosts the world’s longest-running film festival. Unfortunately, this year’s submission window has closed, but it will open again later this year for the 2021 festival. This year predicts special guests, Q&A’s and networking opportunities.

To sum up, if you put the effort into making a film don’t leave it sitting on a shelf.

Film festivals are the easiest way to find an audience for your film. With this in mind next time you make a film why not give one of these UK film festivals a shot.