Home » Blog » 8 Best UK Film Studios For Your Next Production 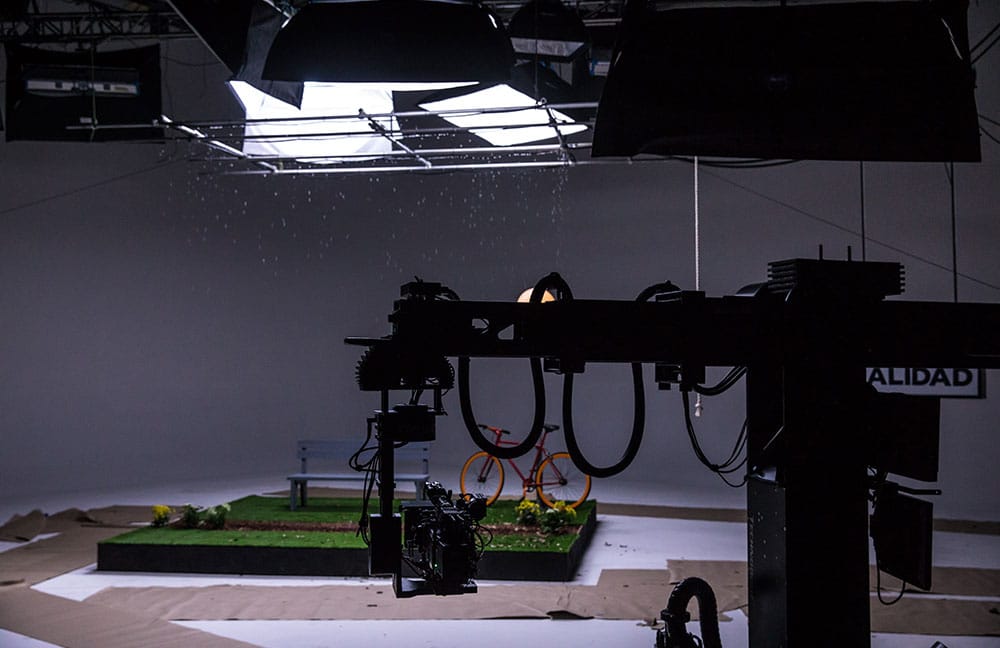 8 Best UK Film Studios For Your Next Production

Are you looking for a studio for your next production? UK film studios and sound stages are available for hire for feature film and TV productions of any scale and genre.

You can find studios across the UK, including London, Scotland and Northern Ireland. They come in many different sizes, with a range of facilities, specialist equipment and an impressive list of production credits.

So, no matter how challenging your next production, you will find a studio that’s perfect for you. Below we have listed the top UK film studios and what they have to offer. This list includes film studios in London, Cardiff, Manchester and Edinburgh.

This is the largest central London based film studio. Traditionally a series of 16th-century mills, the buildings are now fixed up and running as professional studio spaces. It boasts nine stages, the largest 13,000 sq. ft, and you can combine multiple spaces to create a larger stage.

As well as studios, 3 mills have a variety of additional facilities. This includes rehearsal rooms, production offices and a screening room. The studio is also happy to help you hire equipment, cast and crew up your production.

There are a lot of film studios in London, and no studio list is complete without mentioning Ealing Studios. This is the oldest working film studio in the world. It’s supported some of the most well known films of the 20th century, and recent projects include Downtown Abbey (2010-1015).

In addition, Ealing still has two 1930s fully working silent and sound stages for recording clear sound. Most UK film studios come with a range of features such as dressing rooms. However, a unique feature of Ealing is its underwater tank stages.

Elstree is one of the oldest film studios in London. Its first feature film took place in 1926, and recent projects include Sherlock Holmes: A Game of Shadows (2011). It also has a huge 15,000 sq. ft sound stage which comes with a very high 50 ft ceiling.

This is the largest film studio in Cardiff, Wales. In 2015, the film company Bad Wold built it to host TV productions such as Doctor Who (2005-2022) and His Dark Materials (2019). Wolf Studios features six stages and an enormous combined stage reaching 51,000 sq. ft.

The studio also comes with various production offices, including costume, make-up and green rooms. In December 2021, Sony Television Pictures announced a majority stake in Bad Wolf. As such, there will be more investment and facilities coming soon.

You will find the majority of UK film studios in major cities. However, Cardington studio is in central England, close to Cambridge. This allows it to have even more space, with four stages side by side that can combine into one 110,00 sq. ft studio.

Unlike film studios in London, Cardington’s rural setting also lets it have 15 acres of additional exterior space. As such, this studio has hosted some of the largest film productions of the 21st century. Their past credits include Dark Knight (2008), Inception (2010) and Star Wars: The Rise of Skywalker (2019).

After London, Manchester is the second largest film hub in the UK. As well as eight stages (all of which are sound stages), they also have a huge 10,000 sq ft prop shop. This makes the space perfect for any large scale construction, set building or prop making.

You can find professional UK film studios throughout England. However, filming in Scotland provides you with stunning exteriors and additional tax breaks. First Stage Studios only opened in 2020 and have since hosted high-end productions such as Avengers: Infinity War (2018).

They have one large, blackout 90,000 sq ft. sound stage. However, in 2021 First Stage received more investment which will see the site expanding. Current features include huge workshop spaces, office spaces and dressing rooms. They also have a unique 15m deep pit/build down space set.

HBO built this film studio, especially for their TV series Game Of Thrones (2011-2019). Since then, it has hosted many high-end TV and film productions, including the new Dungeons & Dragons: Honor Among Thieves (2023). It features two large sound stages and four additional cell stages that are 80 ft in height.

All UK film studios on this list come with a number of additional features, and Titanic is no exception. All studios come with office space, green rooms and workshops. In addition, high-end TV dramas and animations that receive special tax breaks if filmed in Titanic Studios.

To sum up, there are many reasons you would film in a studio space instead of on location. A studio allows you to have complete control over the lighting and sound. They are also safe for stunt work and provide professional backgrounds for any SFX work.

As you can see, there are film studios in London and throughout the UK ready for any production size. These studios cater for large and small crews putting no limits on creativity. Better still, many of them will do deals for smaller independent filmmakers.

So, will you use a studio for your next production? We hope this list has helped break down UK film studios and what they have to offer.