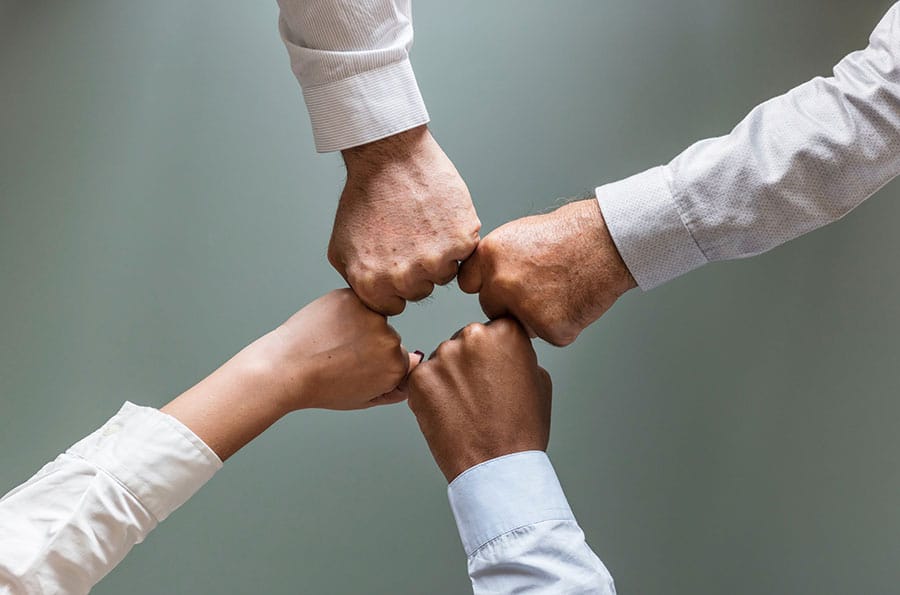 Film networking… a dreaded word for many. Film networking is a huge part of building your freelance career, and you have to be ready to do it at any time. But how do you turn an opportunity into a job?

Film networking is actually very simple to get right, and there are a few quick wins to becoming a world-class networker.

Never go into a room blind if you can avoid it. Preparation is everything.

Before a screening, read up on the crew from the director to the runner. That way when you bump into them at the bar have a toolkit of conversation starters like…

“Hey, didn’t you also work on Frightnight? I heard that was shortlisted at Raindance? Congratulations! I’ve been meaning to see it, is it screening any time soon?”

A word of caution though, try not to come off as a stalker… be well-informed but tread the line carefully!

Film networking is very similar to dating in a lot of ways, the more you can seem engaged and interested the better. People love to talk about themselves so give them the chance to do so and be genuinely interested, listen and remember key points.

It’s also a good test of their character; if they’re nice they’ll ask back and be interested. Whereas if they aren’t bothered then you know they may be best avoided. You can learn a lot about someone by their conversational habits.

Perhaps you start chatting to someone who needs an animator, and you’ve just spoken to an animator 5 minutes ago. Make the connection!

Film networking isn’t just about you getting what you want, it’s about helping others get what they need and being the person to help them do that.

Have a good chat with them first but then if you catch the other person, in this case, the animator, bring them over and introduce them.

The benefit of this is it also allows you to bow out and get a drink and network with others.

If you turn up to a film networking event without a business card, then you might as well go home.

Business cards are vital for film networking. Rather than having to fumble trying to enter phone numbers and email addresses into your dying phone, you can quickly hand over a card without interrupting the flow of conversation.

You will also be inundated with cards so do your best to remember which card belongs to which person. An idea is to write something on the back of the card that will remind you about the person, such as ‘Sam, likes Rina yang, loves wasabi nuts”. 🤓

All of these points are crucial to enable step # 5, which is where the transformation from an opportunity to paid work begins. Using their card with the quirky fact on the back, and remembering some of the things they told you, follow up in an email.

I normally wait a day or two but it really doesn’t matter, an example of what to say might be…

It was great to meet you at Film Network UK event on Thursday. I love your work, can really see the Rina Yang influence coming through lots of it, especially *enter film title*! I’m away for the next two weeks but once I’m back let’s catch up over a beer (and wasabi nuts of course), I’d love to hear more about some of your projects.

If you’re planning on sending some of your own work within the email then make sure you read up on how to create an awesome showreel.

If two people are having an in-depth conversation, don’t go charging in, all you’ll do is alienate yourself and come across as selfish.

If you are desperate to talk to them then wait until their conversation has ended or until someone else has interrupted them. That way you can sneak in there when your target is the spectator of the conversation.

Film networking can require an element of bravery to go and chat with strangers. Obviously, you need to in order to succeed however timing is everything.

Just because someone is on their own doesn’t mean they won’t be as valuable or interesting as the loud group.

We all do this, it’s incredibly hard to remember names when they’re being thrown at you left, right and center. However, you must try your absolute hardest to remember the names of people when they introduce themselves.

Referring to people by their name (again, another dating tip) breaks down a barrier and people warm up to you, suddenly it feels personal and that you care about who they are.

The opposite of ‘ask ask ask’. Don’t go to a film networking event as a salesperson. I don’t want to hear a sales pitch about what you can do for me. I want to get to know you as a person and see if we like each other before I’d consider working together.

Equally a conversation is a two-way thing and unless I’m asking you to tell me more, you should have stopped once I started looking around the room for the nearest exit.

The worst thing you can possibly do is be rude. It doesn’t matter how experienced you are, there’s no excuse for it.

Chat to the new runner or the aspiring camera op with little experience. Although they may not have been in the game as long as you have they might have a wealth of potential and just want someone to give them a chance. These are the people who will sing your praises and recommend you to others.

Hopefully, you’re already nailing the do’s and avoiding the don’ts.

Film networking is hard at the best of times and we all make mistakes or let anxiety get the better of us. However, if you can remain confident, calm and approachable then you’ll do fine. 👌