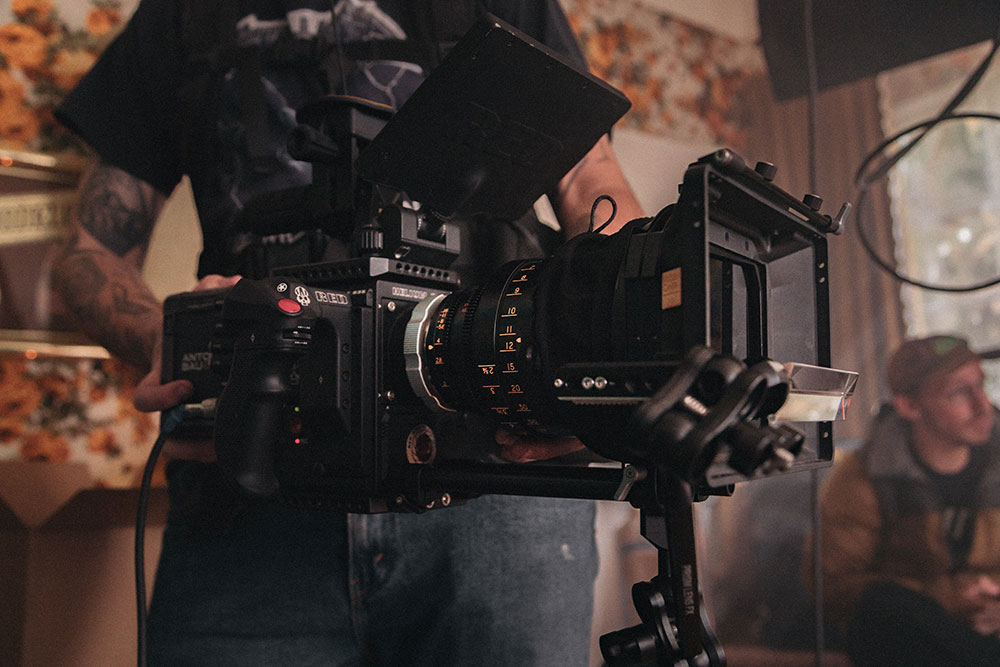 In this article, we look at basic film set etiquette throughout a normal day’s filming.

Student and independent film sets are a fun place to start your film career. However, when you progress to more professional productions you will find that the work ethic and on set etiquette can be a lot stricter than you are used to. Although film sets can be fun, they are still working environments where efficiency and clear communication is needed.

Most of us will learn how to behave on set the hard way by making mistakes and learning from them. Although some mistakes are unavoidable it is helpful to have an idea of how a professional film set operates and what is expected from you. This article is here to help you understand the basics of film set etiquette, including a short film terminology glossary at the bottom.

It’s important that you get to set on time, being late will cost the production time and money. The night before you will be given a Call Sheet, which will outline the first scenes location and what time you are needed on set. Ideally, arrive early to work on the first shooting day so that you can introduce yourself to your co-workers. You might also be given Sides, take the time to read through today’s Sides and understand the schedule ahead.

When the workday starts all crew will go to their own departments and take orders from their HOD. Student productions might have an everyone muck in mentality but on professional sets, you will have a clear specific job role that you are expected to do. This hierarchy is important to respect as it lets the workday flow faster and time is invaluable on a film set. The director will block out the scene privately with the actors, before showing a rehearsal to the rest of the crew. Then the camera and lighting will be set up whilst actors are in costume and makeup.

When the camera starts to roll make sure you are at the right place. This means if you are not supposed to be at the monitor then don’t be. The only people that should be standing around video village are the director, the script supervisor and HOD’s if necessary for the scene. Make sure to turn off your mobile phone and don’t stand in the eye-line of the actors. The first assistant director will call for last looks before calling the shot, only the director will say cut. Remember to respect the chain of command, If you have an idea don’t blurt it out, only the director will give actors direction.

Most film sets run on a typical twelve-hour schedule with a one-hour lunch break. Often film sets do not run on time and if overtime is needed you will be told during mid-day. It’s good to not overwork and use your lunch break to rest. Try not to gossip during your break either, rumours can spread fast, it’s best to leave your opinion to after wrap. The talent will also head back to costume and makeup early to get ready for the next scene.

After lunch, the process of blocking, setting up, and filming will start again. It’s important to stay safe on set, film sets can be dangerous places especially when people are tired. Be aware of your surroundings, don’t trip on floor wires, and avoid touching anyone else’s equipment without permission. Even if you are asked to move equipment and bags out of the shot, it’s best to check with the owner before doing so. The director of photography will likely want to capture a few shots during the magic hour before wrap is called.

Even though wrap has been called the workday is not over. The set will need to be de-rigged, in other words, equipment, and production design will need to be put away. Many film crew members will have additional work prep for tomorrow. On most film sets there is an assistant editor who will roughly cut together the days scenes and audio. The director will watch over dailies to double-check if any pickups will be needed for tomorrow.

A film set is a funny place full of strange terminology and abbreviations. However, don’t panic as we have a few basic ones to get you started.

Most of the etiquette on a film set is basic common sense. In time you will learn how to behave and what is expected from you. If you are uncertain what to do at anytime ask an assistant director and they will be able to clue you up.