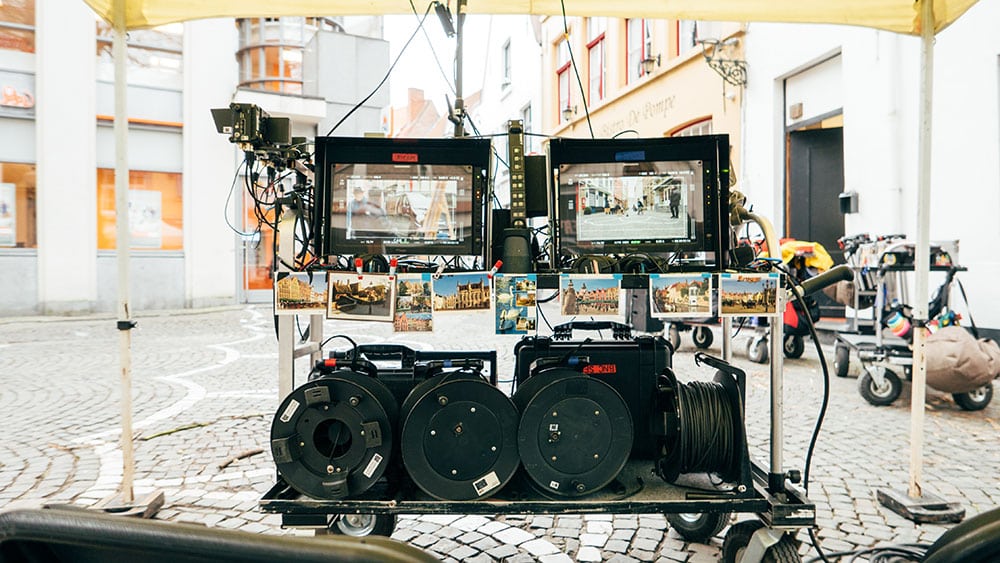 In this article, we break down 6 ways to find work experience in Film and TV in detail.

On the negative side, these jobs are unlikely to be on set production work and are more admin based. Nevertheless starting out at a major company will provide you with a great professional start.

Having a major company credit on your film resume will also look impressive. With this in mind, I always mention well-known production companies on my resume. If you are interested in a particular area in film, for example, post-production or commercials.

Find large companies that specialize in these areas and ask if they can offer work experience. Some work experience in film and tv will even be fully paid work.

To find these companies have a search on Google maps for independent film and media companies located close to you.

This is how I had my very first film work experience placement at the age of 16. A teacher at my school asked a small local production company if they can offer a week’s experience. It was unpaid but significantly that week turned into two and ignited my passion for film.

Every region in the UK has a dedicated film council that could help you find a company placement.

The main council in the UK is Creative England but make sure to search and find your local council too.

These film councils might also have a film crew database where you can input your personal details.

Better still producers occasionally use these databases to hire a local crew.  This brings us to the next step film charities.

Firstly the major film education company is ScreenSkills. If you are new to the industry check out these guys straight away.

Film charities are either local or focused on helping marginalized groups.

Furthermore, your local film council might also have a list of training schemes that could help you.

As you might know, there are many film-specific job sites online. We also have our own film jobs that include internships as well as entry-level jobs.

Unfortunately, due to the competitive nature of film, you might not be able to obtain a professional placement. Even so, you can still apply to entry-level job roles at major companies.

In fact, I know someone who was hired by ITV and went on to work as a project manager.

We are lucky to be living in a time when there are plenty of opportunities for upcoming filmmakers. Remember you don’t have to do it alone. Join a local Facebook group, apply for an apprenticeship or see what your local film council has to offer.