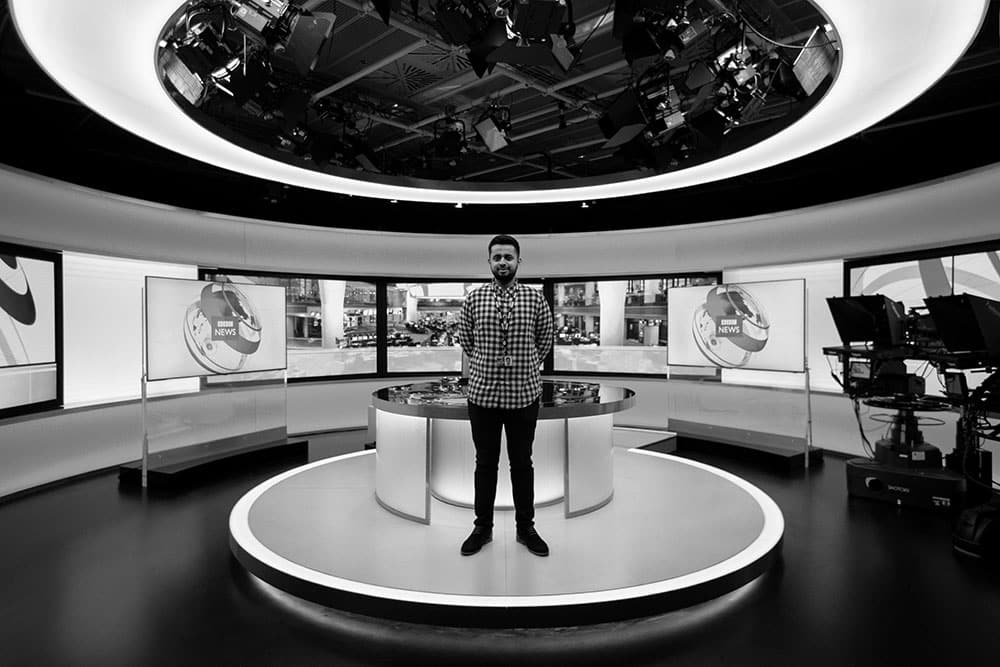 10 Essential Tips For A TV Runner

Firstly, a TV runner is the most basic entry-level job in the industry. On a set you will be a general dogsbody, helping out when needed and doing all of those little jobs no one else wants to do.

It might seem like grunt work (and for the most part it is) but this role is the first rung on the professional TV crew ladder. If you find yourself in this role, by all means, make a good first impression.

To help you get started we have listed 10 Essential Tips For A TV Runner below. After all, we want you to do the best job you can!

It seems like an obvious first step, but a tardy production crew is a producer’s nightmare. TV sets are often organized down to the very last minute. If you are late, then filming might be delayed and that costs both time and money.

Although this is a creative industry your work still needs to be taken seriously. Therefore to play it safe turn up at least 15 minutes early every day. Plan your commute ahead of time and be sure to consider traffic if driving. Additionally, make sure to have a smartphone with google maps and a satnav in your car.

In short, arriving to set early is the easiest way for a TV runner to impress a crew.

Communicating with your team effectively is an important skill if you are a TV runner. Don’t be quiet, being friendly and helpful is in the job description.

In particular when you show up early on your first day introduce yourself to everyone. Make sure that every department knows your name and job role. You are going to be working with a variety of people and departments within this role.

The runner, after all, is there to run errands throughout production – that is where the job title comes from.

One essential item to have on you as a TV runner is a notepad and pen. Your job will involve basic errands such as taking tea and coffee orders. Undoubtedly having a notepad on you will make things easier. These days you can make notes on your phone but with long shooting days, you risk running out of battery.

So to avoid problems bring not only a charger but also a power bank. A large bag will be helpful for when you are given call sheets to hand out at wrap. On some sets, you will also be given a walkie talkie and folders so be prepared.

Dress appropriately for the day (smart casual on set is fine). For example jeans, trainers, and t-shirts are all fine.

The best investment you can make as a TV runner is a good pair of shoes. You will, after all, be standing on your feet for 12-16 hours a day. Wear good sturdy sensible shoes that do up properly.

Speaking of being prepared you should know by now that the British weather is unpredictable. If working outside then expect both rain and sun. It’s best to bring with you a selection of items such as extra socks, suncream, and an umbrella.

Also, consider buying a raincoat for summer and an extra warm coat if working winter or night shoots. As the saying goes – by failing to prepare you prepare to fail!

Never sit down, that is unless you are on your lunch break. Just like an ordinary job, you are expected to always be working or ready to take on a task.

By being stood up, even if there is nothing to do you show that you are eager to help. Unless asked to by the producer or 1st AD it’s best practice to stay standing.

This is especially hard since you will be working long hours, so follow how everyone else on set behaves. If the crew is standing and working then you should be too. If you have nothing to do then ask the 1st AD or producer if they need your help.

Firstly, don’t touch what is not yours. You don’t want to be blamed for damaging expensive equipment. Don’t interrupt cast when they are working and asking for autographs on set is a definite no. You will also need to respect the TV crew hierarchy, as such keep to your job role and let others do theirs.

This is not the time for you to input your creative ideas. To learn more have a look at our in-depth article on set etiquette.

With modern technologies, new etiquette rules have been created.

You might want to post a photo of yourself and that well-known actor on Facebook but it’s against the rules. Posting an image on social media might unknowingly reveal a plot twist or simply go against the program’s marketing plans.

Professional productions will often have you sign a confidentiality agreement. If you are unsure what the overall rules are you can always ask the production team.

As a TV runner, you won’t be getting paid very well. Don’t expect more than minimum wage especially when first starting.

Freelance work is not guaranteed and if you live in a major city like London you might struggle financially. That is why many people have side jobs when they begin their creative careers. Flexible work (such as bar work) can fit around your TV work.

As a TV runner, you are likely going to be self-employed throughout your career. So saving up and getting good with money is a useful skill to master.

An enthusiastic can-do attitude is without doubt best for a TV runner.

That is because you are there to help and reduce problems on set. A runner should stay alert and be ready to take orders when they come. You are going to be working around stressed, tired, grouchy people, nevertheless be friendly and approachable.

If you have a bad day, don’t come in with a bad attitude the next. Mistakes will happen and most important don’t let a grumpy co-worker get you down.

On the positive side, you will develop some much-needed industry thick skin.

Continue learning and developing your skills to make you more hireable. Studies have found that the most desired skill from a runner is a driver’s license.

Additionally, gain a health and safety qualification and make sure you are walkie talkie trained. If there is a department you want to progress toward then why not take a short course. You won’t be a TV runner forever. Many people only stay within this role for a year or two before moving on to a higher position.

If you are about to embark on your first TV runner gig why not be as prepared as possible? All things considered, the goal is to make people want to re-hire you. Remember that this job role is only your first step into the television industry.

So learn as much as possible and try to have some fun too!