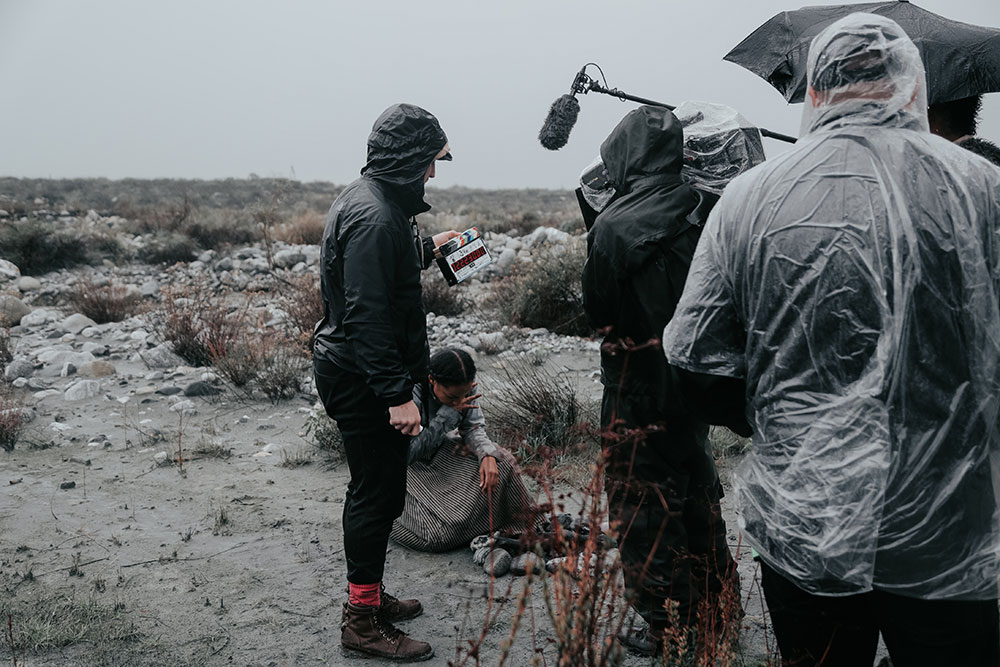 Careers In Film – 24Hrs On A Film Set

This is what to expect when pursuing a career in film. Working in the film industry is more than a job it’s a lifestyle choice.

So far during my career, I have worked on an estimated 50 films. At first, this was short films and low budgets but then I started to find paid work on a full-time basis.

Feature film work is especially tough. The hours are long and you need to work closely with a new group of people; typically with no alone time for weeks.

At one point I worked on three features in a row. I have now learned to give myself a much-needed break between jobs.

This is a typical 24 hour day for me as a Script Supervisor on a feature film set.

I wake up in my shared hotel room. I only have 10 minutes to get dressed. At the start of the month, I would allow myself plenty of time but by the end, I am clutching onto every last minute of sleep I can get. We are filming outside today and it is snowing. I quickly put on thermal underwear and pack extra layers.

We drive to the location and the catering van is already set up for breakfast. There is a range of hot and cold food. The crew all eat their food in the catering bus. The Director and 1st AD can be heard at the back of the bus discussing the scenes for the day.

At 7 am a Runner comes in and declares that the work day has started. I arrive on set and find a seat next to the monitor. The Director begins to block the scene with the actors. The whole crew watches a rehearsal of the scene. After the DOP gives orders to the camera crew, the lights are set up and the actors leave for make-up.

The actors arrive on set to begin filming. I watch every shot from the monitor and make changes when needed for continuity. The filming is slow and it takes an hour to get every shot. Everyone is struggling to film outside in the snow, it occasional rains and we are forced to stop between takes.

Lunch is called. So far only 5 slates have been completed, the 1st AD is stressing out over the slow turnovers. I eat a plate of hot chicken casserole and apple pie for dessert. You can easily gain weight on a film set, you won’t find any time to exercise during the shoot.

Lunch finishes and everyone begins to make their way back to set. It takes additional time for the actors to get back into costume, the natural light has changed too and adjustments are needed. Everyone is eager to finish the scene as quickly as possible.

Finally, the scene is covered and the crew travel to the next location. One more exterior scene has been scheduled for today. We are not far from the next location but it still takes an hour to get everything ready. We don’t have long to film this next scene because we are quickly losing daylight.

Wrap is called. The scene has been completed but a few shots have been sacrificed to cover the scene. The 1st AD is relieved but the Director and DOP feel that the day could have gone better.

12 hour work day is typical for careers in film. Work might have started at 7 am but the work day is not over yet. Camera and lighting need to de-rig the set, the production department need to finishing planning for tomorrows shoot.

The Director heads to the Editor to watch back some dailies (rushes). Often on features with the ease of digital cameras, an editor is cutting footage together off set every day. That way you can see straight away if the scenes are working and what pickups may be needed.

I have to finish some paperwork before my shooting day is over. Typically I have an extra 30 minutes of work for me after wrap.

Most people have finished work and are at the hotel bar.

There is the chance for more food if wanted too. Film set work runs on long hours and the work is physically laborious for some departments. As such late night drinks are typical.

As frustrating as film work can be there is an uplifting collaborative spirit to it all, we are all in this together. You can make some great friendships on a film set.

I decide to head to bed. Others will stay at the bar a little longer but sleep is needed. I have a shower, climb into bed and the alarm clock goes off.

It’s important to remember to look after yourself on long filming schedules. Get as much sleep as possible on work days and have a break between projects. Most film crew only take on a couple of large film jobs a year.

As far as careers in film go, feature film sets are the toughest. They are also the most rewarding. All of that work creates a film that you can look back on and feel proud of for years after the work is over.