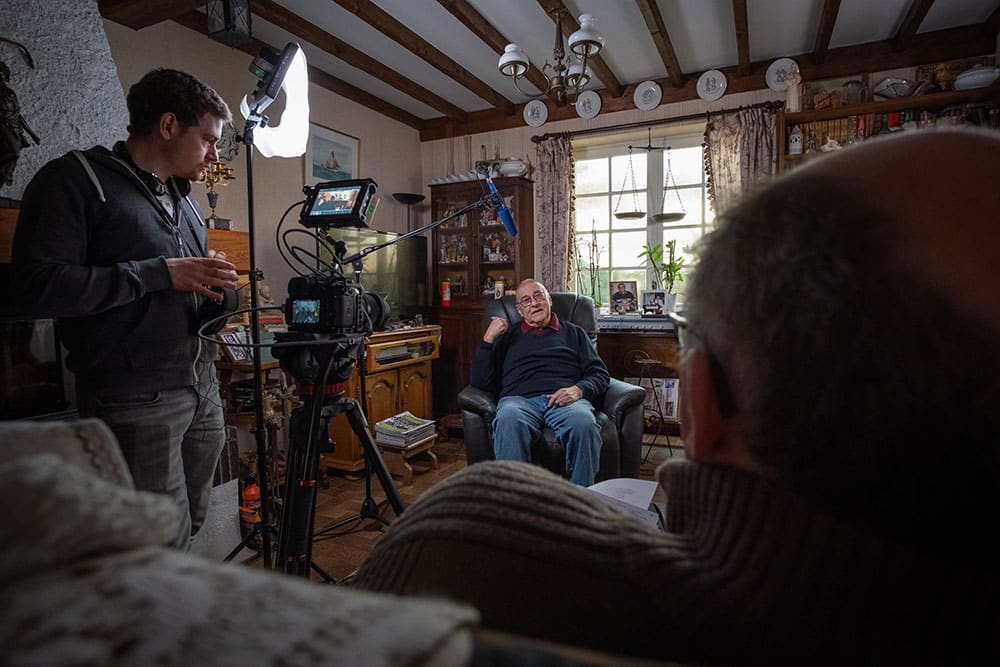 These days documentary filmmaking is easier than ever. Cameras are cheap, distribution platforms are plenty, and you won’t struggle to find a skilled crew. You can find documentary film jobs advertised online, or you can start your own independent projects. Of course, there is no guarantee that documentary filmmaking can provide full-time work. However, the skills you learn are helpful throughout the film industry.

Below we’ve broken down – what is a documentary, with advice on finding work and what skills you need per job role. You can also find more in-depth crew role breakdowns in our job roles section.

What is a Documentary?

A documentary is a genre of filmmaking where the video content is non-fictional. The documentary footage ‘documents’ the reality of a situation or topic. They often reveal something unknown about that topic or view it from another angle. A documentary film also brings viewers into new worlds through a factual narrative. This could be a story about people, places, current or past events.

Documentary filmmaking has become more common in recent years with streaming platforms. In particular, historical, crime and wildlife documentaries. This is great news for upcoming filmmakers as you will find more work advertised. The following sections will break down jobs within the documentary sector and how to find work.

The producer is responsible for finding the story, securing funding, and ensuring that the film gets made. All film and TV producing work follows this job description, but you can also focus on documentaries. In this genre, the producer may also be the director, documentary researcher and writer.

There are different types of documentary filmmaking, from wildlife to crime drama and interviews. The kind you are making will determine how big a crew you need and the nature of your job role. Documentary film jobs can be both independent and studio-based. If a production company likes your idea, they might help you make it. It’s typical to use a range of film funding sources and tax incentives. You might also be able to find funding from pre-sale distribution deals.

It’s normal for producers to have another job at the start of their careers. However, it is possible to make a full-time income from documentary filmmaking. The first few years might be difficult, but you will find consistent work if your film is successful.

A film and TV researcher mainly works in non-fiction and factual TV. Their job is to check facts and research a topic. Whether this is a crime drama, news or history program. In addition, they may help gather resources like stock footage or organise interviews.

The documentary researcher will start work as a runner or junior researcher. In documentary filmmaking, many researchers are freelancers. However, big TV companies like the BBC will hire in-house staff. You can find documentary jobs advertised on film job sites and on company websites. Check out our own film job board.

It will be helpful to have a focus as a researcher. For example, wildlife, crime, history and news. Your documentary career can be focused on one topic. But it is more likely you will work on many different types of non-scripted shows.

The director of photography (DOP) manages the camera and lighting on a film set. On a documentary film project, the DOP is more likely to be the camera operator. It’s your job to translate the producer and directors vision to the screen.

It’s typical to start your documentary filmmaking career as a camera trainee or camera assistant. However, another route is to buy your own camera and work up toward the DOP role. Documentary work will rely on being trusted and recommended. The more work you do, the more likely you are to make contacts and find more jobs.

A career as a DOP might require a different skill range. For example, if shooting a nature documentary, you might need underwater photography skills. Documentaries are also becoming more stylised. For instance, they might involve cinematic reenactments or VFX. So although you can focus on documentaries, your skills as a DOP can be used throughout the film industry.

Voiceover artists can work in a range of media industries, from cartoons to commercials and film. For documentary filmmaking, a narrator needs to have a consistent fluent voice. This can be within any accent, but the narration must be clear and easy to understand.

You will be classed as talent and not crew. As such, to find work, you will need to get a talent agent. To find an agent, you can submit to companies directly online. They will ask for audio samples of your work, and you might need some work experience. This experience could be achieved by working on low-budget films or by creating your own projects.

This job will not be easy in the beginning as there is a lot of competition for voiceover work. However, you can diversify your income by working on different kinds of shows. Audiobooks are also a new way to make income as a voiceover artist.

Documentary filmmaking jobs are the same as all film industry careers. First, you will need to learn the skills you need for your role. The best way to do this is by a mix of film education and work experience. If you search online, you will find plenty of low-budget film projects that need additional crew. This work won’t be well paid, so see this first step as practice.

When you have built up your work experience, you can begin to search for paid work. You have two main options for paid documentary film work. The first is a full-time position at a company. Large companies like the BBC will hire lots of in house staff. There may also be companies that specialise in the documentary genre that you can apply to. For example, Dogwoof and Icon Films. Your second option is to go independent and make your own documentaries.

These days making a documentary does not have to cost you a fortune. In fact, technically, you could shoot and edit a documentary on your mobile phone. However, there are a lot of funding grants available. What matters most is that you have an interesting and worthwhile story to tell. After you have made your film, you can enter it into film festivals and find a distributor. Furthermore, it is also possible to find a distributor before you make your film.

Where to find Documentary Jobs:

To sum up, we hope this article has helped you understand what is a documentary. In short, documentary filmmaking can provide you with a rewarding creative career.

However, it will take time to learn the skills you need. You can do this through education and work experience. Better still, if documentary filmmaking is not suitable for you, the skills you learn can be transferred to other film and media careers.