Home » Blog » 4 Essential Bits Of Video Kit Not To Cheap Out On! 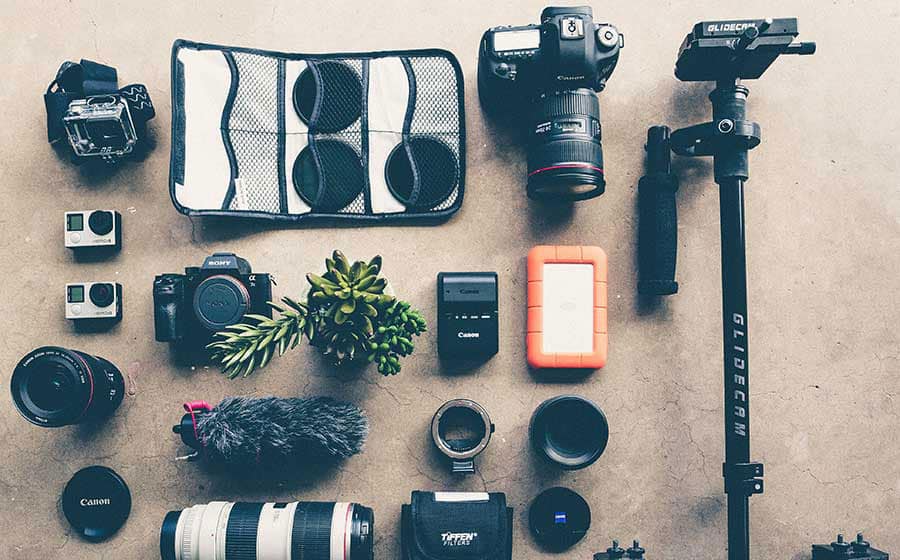 4 Essential Bits Of Video Kit Not To Cheap Out On!

Filmmaking is expensive, we know this, but we don’t realise until we’ve spent the same amount of money on gear as we would on a mortgage just how expensive a career choice it is…we’ve all thought ‘wouldn’t it be nice to be a writer, I’ll just buy pens and paper’.

But unfortunately, the love of film is too strong, and most of us are in too deep! After a few years you begin to realise what pieces of video kit were worth the cost and which ones were a complete waste of money, but for those of you who are just starting out here’s some first-hand experience of what not to cheap out on.

Naturally, a tripod is the first corner we all cut, it’s just there to hold a camera, right? It’s not going to impress a client, it’s not going to offer you 4k or Steadicam shots, and it can be replaced by almost any flat surface, or so you think…

One of the first bits of video kit you will buy, along with a camera and lens, is a tripod. Why? Because it is fundamental to making professional films and getting paid work. Tripods can be eye-wateringly expensive, with the top brands like Sachtler setting you back £2000, and after you’ve bought that shiny new A7iii, you’ve probably only got £100 left.

Here’s the thing though, tripods come on every shoot with you, and if they’re cheap they’re either going to be good but incredibly heavy, or it’s going to be light but so bad it doesn’t even hold your camera. If you are shooting on a mirrorless camera with a pancake lens you may get away with it, but shooting on an FS700 with a 24-105? Forget it.

Three reasons you shouldn’t cheap out on a tripod:

You probably didn’t even think of this when you drew up your video kit wish list, but what are you going to edit it all on? That £300 laptop which can barely run solitaire isn’t going to cut it I’m afraid.

Computer language is an alien one for many filmmakers, so it can all be overwhelming when choosing, but there’s a few things that you need to have on your checklist.

Check out this article on Premiumbeat which shows you how to build your own video editing PC if you’re on a budget.

You might think if you buy 4 knock off batteries you’ll get 4x as long to shoot (which if you are a sony A7S owner is appealing), but you may end up having your shoot cut several hours short. If you are going to buy knock off batteries do your research thoroughly to make sure they are rated just as highly. If the cost seems too good to be true, it probably is.

Many cameras shoot in formats that require certain sizes and speeds in the SD cards (or CF etc.), XAVC S won’t allow you to record on anything below 64GB for instance. But if you have a camera that doesn’t give you a minimum requirement then you may be tempted to buy lots of cheap ones. Why is this bad? Because the speeds will be low and that will result in two things.

All of these pieces of video kit have been bought cheaply by most filmmakers, including myself, but if you can force yourself to spend that extra £200 here or there (we know it’s easier said than done) then you will be making your own filmmaking experience a far more enjoyable one. I leave you with four words to live by… buy cheap, buy twice!

If you’re looking for lenses then check out our article on spotting vintage lens bargains!

Also, check out this guide on the essential video kit from DSLR Video Shooter.