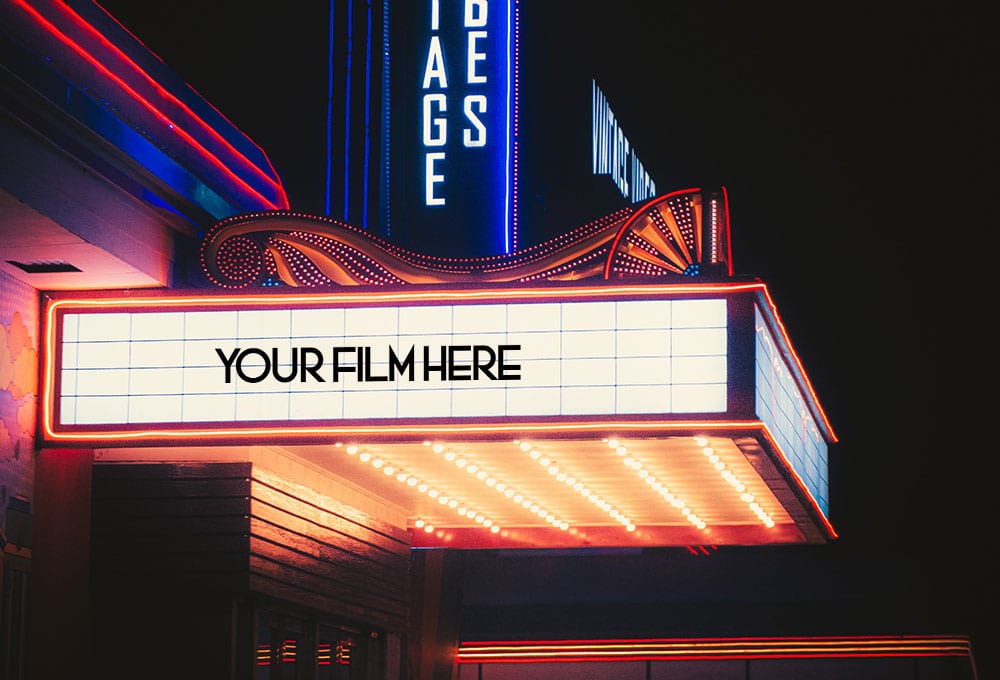 How do you get a film in front of an audience? With the help of a film distributor that’s how!

They are the people who help you market your film. They also get it into the cinemas, streaming on VOD platforms and selling in shops.

A good film distributor has the knowledge and contacts to make it all happen.

So, how do you attract film distributors to your independent project?

You get it in front of them and make them watch it. Yes, it can be that simple. Keep reading to find out exactly how to do just that.

In general even before you make a film, you should have a marketing plan. But as you know, when it comes to independent film it’s especially hard to find the time. Luckily film festivals take place year-round and are easy to submit to.

Many film festivals now use the website Film Freeway to do this. There are many reasons to enter film festivals but essentially film distributors attend them.

Still, the biggest film distribution companies will only attend the top tier festivals like: And these festivals are especially difficult to get into.

By all means, if you think your independent film is good enough aim high. It’s common practice to enter a mix of the top tier, medium, and speciality film festivals.

For example, if you have a horror film you can enter it into a speciality film festival such as Fright Fest. Film distribution companies looking specifically for horror films will attend this festival.

Yes, there are markets for selling films! These work just like regular markets, there are stalls with sellers and film distribution companies browsing for a good deal.

Film markets often take place during a film festival but are not necessarily part of the festival itself. Here are some examples of film markets:

Keep in mind that you might need a sales agent to attend a film market on your behalf. Many film distributors prefer to be approached by sales agents rather than by the filmmakers themselves.

A good sales agent makes sure that your film is seen by the right distributors.

Additionally, some festivals (such as Sundance) strongly recommend that you hire a sales agent.

So even though it is an extra expense. After making a film you might need a distribution budget for festivals and sales agents.

On the whole, your film can be more tempting to distribution companies if you have had it shown at festivals and won awards.

However, you don’t always need film festivals to find a distributor. It is possible to contact and negotiate with them directly.

And you can find them through a simple Google search. Above all, you are looking for film distributors who have previously worked with films similar to yours.

So think the same genre, same budget, and same language.

These distributors that accept unsolicited film submissions will have rules on how to submit to them.

Additionally, some will also prefer you to go through a sales agent.

For example, some independent UK film distribution companies are:

Where lucky to have so many options for distribution these days. Sure the competition is high but no longer do you need to rely on award wins to get noticed.

Online film distribution platforms (also known as aggregators) act as both sales agents and distributors. They have contacts with many international streaming channels and take a percent of the profit from every deal.

For example, Film Hub is a new and well-reviewed distribution platform. They take 20% of the profit. And notably, you don’t need to pay them anything upfront. Other similar options are:

If all else fails, there is always self-distribution. You can, in fact, organise an entire distribution strategy on your own by contacting cinemas directly.

However, this approach is expensive as you will need to fund the marketing out of your own pocket. For example trailers, posters, and advertisements.

You can read a financial breakdown and distribution strategy of a $1 Million Independent Feature Film here.

Another approach is to sell streams of your film on iTunes and Prime Video Direct.

But of course, once again you will have to market and find your film’s audience on your own.

Furthermore, you can contact TV broadcast companies and shops directly. Although not as popular as streaming, some genres still do well with DVD shop sales.

To sum up, enter film festivals, hire a sales agent, contact distributors and try online promotion. Film distribution does not have to be too difficult. Once your film is made make sure to spend the time seeking out a valuable distribution deal.