How to Create A Film Production Schedule [FREE Template]

We’ll start by pointing out the obvious; film production scheduling can be a bit of a jigsaw puzzle. There are so many different factors, all with different priorities that need to be considered when planning a shoot.

Firstly, it’s not a case of picking up a script and simply filming from beginning to end. It goes without saying that film production is rarely scheduled in chronological order. If it is then it’s only ever done for creative reasons since it’s simply not efficient. Furthermore, it is certainly not cost-effective!

Essentially, a lot of coordination goes into a production schedule. This is to ensure you capture all the footage needed, in the allocated time available and on budget.

So, to help you with your next shoot, here are some top tips on how to improve your film production scheduling. In addition, we’ve included a link to a free shoot schedule template at the bottom.

Locations can be pricey parts of a production. There’s usually an agreement made for how long you’ll have each location for. As a result, it’s logical to base your production schedule on grouping all the relevant scenes per location first. This is ideal for continuity as well as saving on rehiring locations multiple times.

Consider how much it costs for each member of the cast in your production to be on set. With the lead cast, you’d generally work out a deal, paying them a set fee for the whole production. However, if you have any supporting cast and extras, they are usually on a daily or hourly rate.

You can also work quicker when you schedule specific cast members’ scenes together. As time will allow them to settle into their roles, performances will inevitably be better and therefore, faster to film.

Tip: Reduce your number of background extras by asking them to bring multiple outfits. That way, they can change costumes and you can reuse them in different scenes.

Additionally, the scheduling of talent also plays a role in your ordering of shots. In film production scheduling, it’s best to start wide and work inwards, finishing on close-ups. This enables you to wrap your extras and large numbers of the cast as the day goes on, and the shots get tighter. You can also strike (break down) the majority of the set earlier. This will therefore make the bump out (pack up and vacating a location) quicker, not to mention cheaper if you’re paying by the hour!

Just make sure you’re happy with your shots before wrapping any cast, breaking down the set and moving on. It’ll be far more time consuming and costly to have to backtrack and reshoot again.

Make the Most of Makeup

Be clever with your production schedule. Establishing shots, close-ups of props and shots that don’t have cast in the frame can be shot whilst hair & makeup are working on your talent.

Generally, for make-up and hair, we allow 30 mins to 1 hour for a female and 15 to 30 mins for a male. That is precious time in which you can shoot other shots, allowing more time in your production schedule for filming the cast when they’re camera ready.

Light Up the Day

At the tech recce, ask for your Gaffer’s advice on lighting a location so that minimal relighting is needed throughout the day. That way your lighting will be more consistent, requiring just a few tweaks to lights for different angles. This will save you valuable time in your film production scheduling.

Be Generous with Big Toys and Big Action

Allow plenty of set up and rehearsal time for tricky shots, large action scenes, and when filming with specialized equipment.

Big toys require extra resources and action scenes mean more people and things to coordinate; so of course, more time is required. Our advice is not to leave these shots last in your production schedule, especially if they’re integral to the script and the director’s vision.

When you’re creating a film production schedule, it’s important not to forget about meals and rest. It’s a legal requirement to provide adequate breaks after every 5 hrs of work.

Your day will run smoother and you’ll boost crew morale if these times are accounted for in your production schedule. Since crew work better when they’ve had a chance to refresh, recharge and refuel.

Lastly, two very vital parts of your production schedule that should not be missed are the following.

Also, check out our library of other free production templates.

At first, it might seem daunting to tackle film production scheduling, but it becomes easier with practice. It can also be quite fun if you treat it like solving a puzzle. As long as you communicate with your cast and crew as much as possible, they will be forgiving if you need to reschedule anything.

Finally, remember a production schedule is a tricky part of filmmaking, so don’t be hard on yourself if you don’t get it right all the time. There are lots of things to consider for your film production scheduling, your mental strength is one of them. 😉

As always, best of luck with your next production. 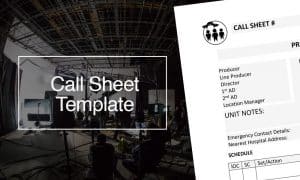 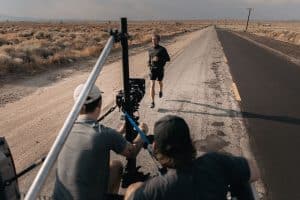 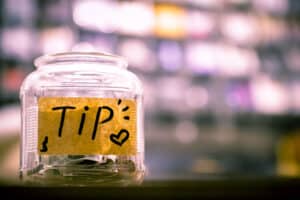