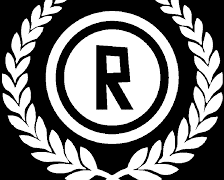 Established filmmakers will often tell you that writing, directing and producing a film is merely ten percent of the equation. The remaining 90% of a filmmakers effort is finding their independent film distribution.

This two-day masterclass is lead by writer/director Simon Hunter and distributor and marketing expert Jonathan Sadler. Together they form an invincible team with over fifty films produced and distributed between them. They worked together on Simon’s award-winning film Edie starring Sheila Hancock.

What you will learn

The weekend is an overview of film distribution. It’s a class that takes you from movie idea through to distribution. You will be presented with an easy-to-understand step-by-step strategic process that will allow you to maximise the distribution and revenue from your independent film.

This information packed masterclass is designed for filmmakers, screenwriters and directors who have completed or are about to embark on a feature film project. It is also a useful course for anyone considering an investment in a film.
If you are wondering how to get your project distributed and seen, and if you wish to get your hard work monetised, then this class is a must.