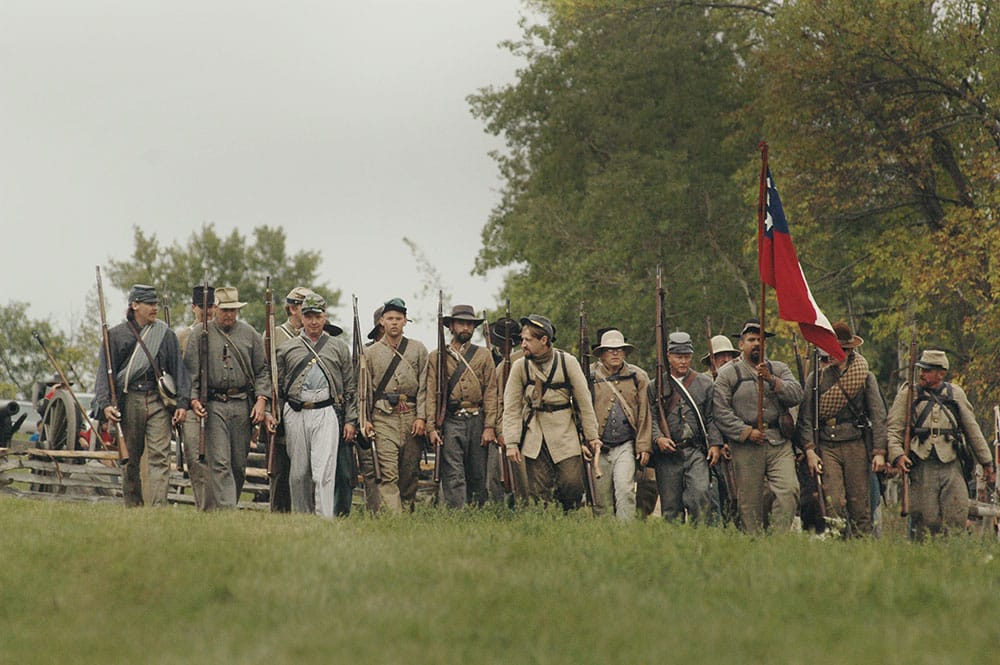 How to Find Extra Work on Films (6 Top Tips)

Ever wanted to see what goes on behind the scenes on a professional film set? well, then film extra might be for you.

Whether you hope to be the next big Hollywood star, or you’ve got your sights set on being part of the crew, get yourself some film extra work. It’s one sure-fire way to watch what goes on on a film set.

Why Should I Try Film Extra Work?

Well, there are two great reasons to give this a go.

That being said, you need to know your place. As a film extra, you are what’s considered background talent. Your role is to simply add movement and atmosphere to a scene. There can be a lot of waiting around but you must always be ready to be called to set.

However, during downtime, you can watch how things happen, find out who is who, and learn the film set lingo. For your best shot at getting in front of a camera, here are our 6 top tips on how to find extra work on films.

Look for websites, forums, and social networking groups for extras casting calls. You can even find callouts for ‘street casting’. This is when productions, broadcasters, and agents specifically request for members of the public to come forward and audition for extras casting opportunities.  Street castings are great if you’re a complete beginner.

Here are links to just a few of the many casting call sites.

Get on an agent’s books in order to get regular film extra work. As an extra, you can be represented by multiple agents, which helps open up even more opportunities.

However, we would advise you to avoid being on the books of agencies that are direct competitors. Consider instead getting agents based in different parts of the country, provided you’re willing to travel for film extra work.

Here are some of the UK’s best extras agencies.

3. The Camera Loves You

In order to get work as a film extra, you must have professional headshots taken, even if you apply directly for extras casting. They need to be high enough resolution that they can be increased to 10×8 size. Therefore, make sure you get a professional photographer to take your pictures. As they will understand what’s required for film extra work headshots.

TIP: If you can’t afford to pay a lot of cash for your headshots, why not offer to model for photography students instead?

Remember, experience is not essential. Extras castings often call for natural looking people who do not stand out too much.

However, you should embrace your individual look, whatever that might be. It could be just what the director is looking for, for your next gig.

Also, get your headshots taken with multiple expressions, and in different wardrobe options. For example, a casual look, as well as in a more formal business style as a minimum, along with any other looks you can pull off.

Likewise, it’s a great idea to note any skills and interesting background experience with your agent when you apply for extras casting. Things such as:

Even work experience such as bartending can be useful. You would be surprised what whacky skills and experience can be requested for film extra work. For example, I once ran an extras casting seeking extras who could play basketball in high heels!

There really is no end to what skills might be required of film extras.

6. Are You a Doppelganger?

Stand-in opportunities are also a great way to get film extra work. Even if you’re not a look-a-like, you might be just the right height, physical frame, and general likeness as the main talent in a production.

Try to find out who has the starring role, and if you are fairly similar, let extras casting agent or casting director know. Also, when on set you can always offer to help out as a stand-in. It won’t go unnoticed and could earn you some brownie points.

In short, like most roles in the film industry, it just takes that one shot to get the ball rolling. Don’t be afraid to be a complete novice, we all have to start somewhere. Be grateful to have the chance to listen and learn when you’re on set. Film extra work offers you a perfect opportunity because you will be surrounded by all the action, both in front of camera and behind it, when you’re not required on set.

Finally, in order to stay on the good side of production, pay attention. Don’t be precious and don’t pester the crew. Play your cards right, be friendly but not overly familiar, and you’re more likely to be remembered for all the right reasons.