Home » Blog » How To Use A Clapperboard (Basic Guide) 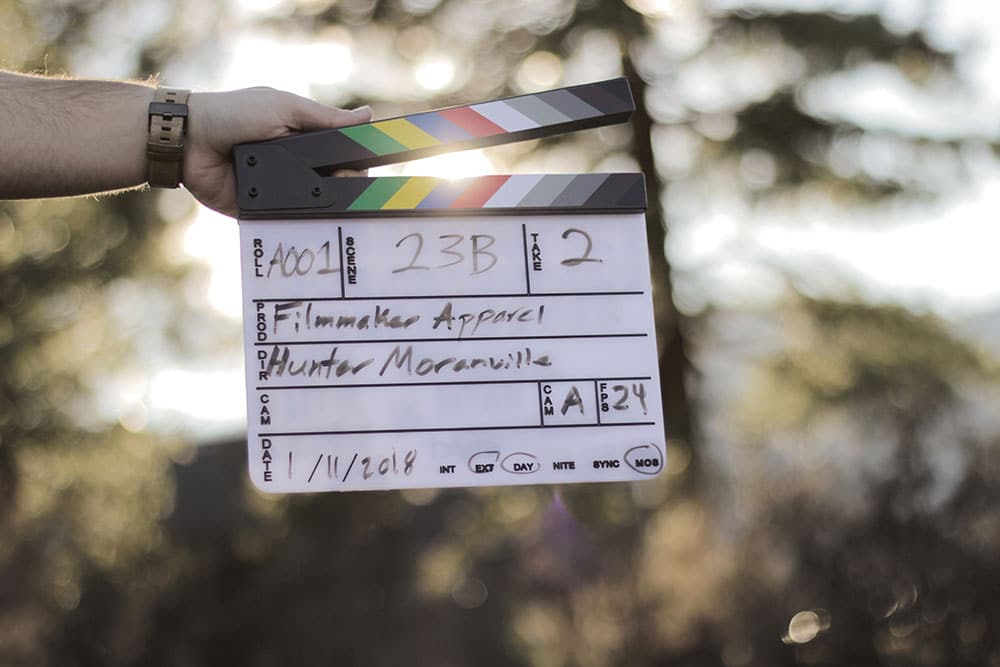 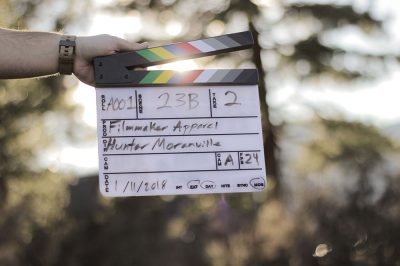 How To Use A Clapperboard (Basic Guide)

As a filmmaker, it’s important to learn how to use a clapperboard. Everyone knows what a clapperboard looks like (whether it’s a digital board or a traditional film slate), but do you know why you need one?

Clapperboards have several uses during post-production. In particular, you need one on productions recording sound separately from the image.

Before you shout action, every shot should be ‘boarded’ or ‘slated’ with a clapperboard. Even if you are making a student film, try to get used to using a board.

This small guide will teach you the basics of how to use a clapperboard and what does slate mean on a professional film set.

What is a Clapperboard?

A clapperboard is literally a board with shot information that is shown to the camera before every take. The board has a hinged arm that makes a clapping noise when pushed down onto the board. It is used on all film and TV productions worldwide.

There are two functions of a clapperboard, firstly it lets the editor know specific details about a shot. Including the roll, shot number, and take. Secondly, it synchronises the sound to the image. During post-production, the editor can use a spike on the audio track to line up the image and sound.

It’s the 2nd assistant camera (also known as the clapper loader) whose job is to board each shot. In the UK, we mainly call it a clapperboard or digital clapperboard. However, in the US, it is more often called a slate.

What Does Slate Mean?

Originally a clapperboard was made of slate, and you draw the shot numbers with chalk. Although these days, clapperboards are made from acrylic and drawn with whiteboard markers. When learning how to use a clapperboard, you will likely start with an acrylic whiteboard.

What’s On a Clapperboard

Some clapperboards have space for additional information, such as frames per second (FPS) or Mute On Sound (MOS). Others include room for further scene details, for example, INT or EXT (Interior or exterior) and Day/Night. A digital clapperboard is the same but will include a timecode box. The camera assistant will need to make sure that the timecode on the board is the same as the camera.

How To Use a Clapperboard

When filming begins, the 2nd assistant director will stand in front of the camera with the clapperboard. They will have written the scene and take number, which will also be the same as the script supervisor’s notes. On a digital clapperboard, the 2nd AD will make sure the timecode reads the same as the camera.

Then the 1st AD will call for ‘quiet on set’, followed by ‘roll sound’, ‘roll camera’ or some variation of calling the roll. When sound replies’ speed’ indicating that they are recording and the camera replies ‘rolling’, the 2nd AD will board/slate the shot. Typically you only call the scene and take number. For example, ‘scene five take one’. After the board has been called, the 2nd AD will clap the sticks together.

Sometimes due to a particular set up or lens choice, you can not board the shot

at the start of filming. In this case, you board the shot at the very end, called the end board or tail slate. Here the 2nd AD will turn the board upside down and read the board before the camera stops recording.

How To Call The Roll

When learning how to use a clapperboard, you will also need to know how to call the roll. This is a protocol for recording on set, and the same sequence happens on film sets worldwide. The actual wording might alter, but the order is the same.

Wrapping Up – How To Use a Clapperboard

A clapperboard or slate is an essential device in filmmaking. If you don’t board a shot, the editor will have a stressful time piecing together the sound and footage. Additionally, boarding a shot helps post-production find footage and match them with the script supervisor’s notes.

Does this clear up what does slate mean? Do you have any more clapperboard questions? Let us know in the comments below! 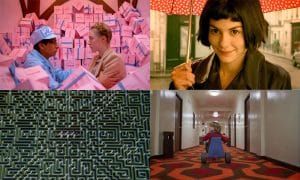 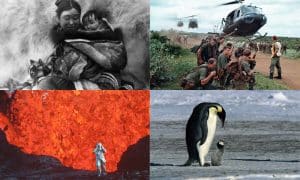 10 Best Documentaries Of All Time [You Need To Watch] 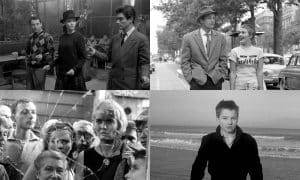