There are a million and one recommendations out there on how to write a screenplay – start with structure, start with your characters, have a good idea, know what the market wants; the list is endless.

But what if you are really just starting out. You can feel that flickering flame inside, teasing you to write something and whilst you feel it kindle inside you, you are still day-dreaming of accepting that future Oscar or being on telly at the Booker Prize party.

When one is in that condition, the sheer volume of advice can crush that little flame into dust in a heart-beat, leaving nothing by copious research notes and some sketchy diagrams.

So, this article is by way of a shortcut. Something to keep you motivated and something to give you strength to realize your ambitions.

We asked Beth Curry and Jonny King, two of our previous Screenwriting Contest winners to help illustrate what we believe to be the only advice you’ll ever need to keep writing. Let’s make a start.

Never forget to find the joy in what you are doing. Whatever it was, that started you writing, don’t let go of it. Every one of us is different, but the need for inspiration to carry us towards our goals is universal. For some writing is a personal journey of discovery.

“Whatever I’m going through in my life, I like to write about…but, in a very camouflaged way. For instance, I have a new film called Lemon which made the top ten in the Tracking Board competition. It’s a story of a little girl who is raised by an agoraphobic mother who has told Lemon that if she goes outside, they will steal her soul. She grows up in fear of the unknown. When Lemon’s mother dies suddenly, she has to venture out for the first time. And that’s me getting over my own anxiety and hypochondria. So, yeah, use what you know…and it doesn’t have to be in a linear way. But emotionally, it’s within the same palate.”

For others it is important to have a message.

“Most of what I’ve written has been based on real world social politics. I like to choose real issues, to make the story more relatable, then find a way of injecting dark humour into a serious subject.”

The key is taking delight in what is around you. The closer you look the more you’ll find this world is a magical place, full of curiosity and diversity. And never dismiss the obvious, sometimes that next great story is looking right back at you from the mirror.

Stories don’t write themselves. And often the best way to get a job done is to take a little bit at a time but keep going till you reach the end.

Writing routinely not only gets you to a point where you have a finished script, it can also enable you to learn from what you are doing.

Repetition aids reflection which in turn aids improvement. No matter how little time you may have each day, it’s important to give a little bit of time over to your goals.

“For me, I have to get out of the house and go to Starbuck’s or my favorite quiet space, The Office in Santa Monica, to write. I have found if I set a timer for myself to write for an hour at a time, that helps.”

Regularly is quite a loose term. And it can change its meaning as your career develops. The more writing becomes not only the thing you love, but also the thing you do, you will find that you develop a greater ability to write professionally.

“I used to be quite haphazard with my writing; sometimes going a few weeks without writing a word, then doing a day-long typing binge. I’m trying to be more structured; writing every day and setting myself regular deadlines.” It may be difficult to be disciplined when reaching your goal may seem so far away or while chaos reigns around you. But adopting little methods that work for you can be a great way to see your dreams become reality. When you write, you become a writer, and no-one can take that away from you.

As with the second point above, having a goal is really all about whatever that means for you. But by articulating your goal, setting it clearly before you, you will also have something to guide you in terms of investing your time and effort.

Like a lighthouse beacon shining far away, you can orientate yourself and set off writing in the right direction.

“The reality is…if I just keep writing and continue on…I’m gonna get where I need to go. But, thanks to Shore Scripts, I’m now finally in the arena. I have a few projects that are close to fruition which I’m thrilled about. Sometimes I will imagine being on the set of one of my films as it’s being shot.  Doing what I can to manifest what I want. But what’s really going to manifest what I want…sitting my toosh down and continuing to write. When I finish a script, I write another. So, keep going.”

Knowing what you want is a good first step to achieving it.

“My dream is to have a feature produced and thanks to Shore Scripts I am currently talking to a fantastic director/producer about LAND’S END. My overall ambition is to become a full-time screenwriter and I am working hard to build a portfolio of professional work that I can take to agents and producers.”

By all means, sit there and continuing dreaming, but also try to own that dream and set it up as a goal. Experiment with setting yourself a deadline for writing.

Enjoy the experience of seeing your words form ideas and images and allow yourself the time to enjoy it regularly. And don’t let go of your inspiration, remember to immerse yourself in the world and take from it exactly the inspiration you need to keep the flame alive.

Most important of all – keep writing!

Jonny King is a screenwriter based in Exmouth, Devon. Although he has been interested in screenwriting for some time, he has only been seriously pursuing it in the last five years. LAND’S END is his first feature screenplay, which was one of the five winners of the 2019 Shore Scripts Feature Contest. Jonny is currently working on a sitcom pilot called OLIGARCHS and SHH! a horror-comedy short.

Beth Curry is a screenwriter, actress, and singer born and raised in San Luis Obispo, CA. She won the Shore Scripts 2017 contest with her feature MOONFLOWER. She was also a Nicholl Fellowship semi-finalist in 2012. Beth continues to write and has appeared on Broadway and in numerous acting roles on TV including Bunk’d, Hart of Dixie, and Superstore. She is also the proud co-creator of her band, Totsy, which she sings lead for. 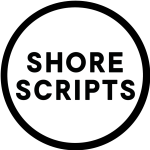 Shore Scripts was established to discover new screenwriting talent. To date they have helped 65+ writers gain representation, sell, and have their screenplays produced. Shore Scripts welcomes submissions to its Feature Screenplay & TV Pilot Contests and entries into its Short Film Fund.