Are you an experienced film director with a bit of spare time to get involved with something worthwhile?

Media Trust are seeking London-based filmmakers or production companies to volunteer to create a short charity film. For the past five years, they have produced Telling Your Stories, which is a charitable filmmaking scheme run in partnership with City Bridge Trust.

Media Trust is a charity that gives a voice to other charities, community groups and young people through training, films, TV and volunteer matching where they connect with the media industry.

They are now recruiting filmmakers for a new season of Telling Your Stories. Nine charities have been selected as having the greatest need for a film promoting their work and Media Trust is seeking self-shooting, self-editing professional filmmakers or production companies to create these films.

Filmmakers volunteer their time and expertise to produce a two-three minute film and are given £1,000 to help cover costs. An approximate commitment of two days shooting and three days edit can be worked around filmmaker’s existing schedules.

Here are a few examples from last years season of Telling Your Stories: 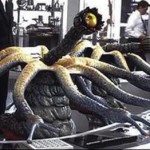