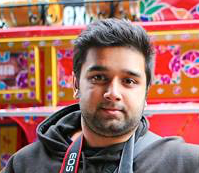 • I have edited raw footage given to me by clients into full wedding videos.
• Working with client in discussing the event and music they want in the final edit.
• Sending Rough Edit and making changes to Final Edit.

• Produce, direct and edit my own short film projects working with actors and interviewing subjects for documentaries.
• I have entered a number of my films into festival and competitions most recently The 15 Second Horror Film Challenge where one of my entries made it to number 13 out of 400 entries.

Key tasks:
• Planning the shoot
• Directing and filming indoor and outdoor video footage
• Editing footage using Final Cut Pro X
• Consulting with the client
• Working with school children
This was a challenging experience, working with primary school aged children, but one which improved both my technical and communication skills.