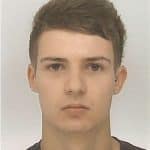 Head of Production at Cam FM

– Headed meetings with Director and Producer to create recording plan.
– Managed multiple voice actors and assistant engineer during 3 day recording process.
– Entirely edited all recordings to remove mistakes and leave best takes for all lines.
– Entirely mixed and produced all Foley, SFX and vocals, including sampling, sound design and extra recordings.
– Generated over 300,000 downloads and over £188,000.

– Produce all imaging for ‘The Next Big Thing’ launch: 20 original jingles/sweepers/stabs to detail the various aspects of the competition.
– Produce imaging for each show airing on the station: 20 + original sweepers as part of the station relaunch for 2015.

– Plan, hire, set up, and run all equipment for 4 nights of ‘Burlesque Show’ at Clare College, Cambridge. This included, a full rock band, 25 dancers, and 4 vocalists for a sell-out show each night.
– Recorded, edited and mixed ‘Heart of Darkness’ monologues for UK radio podcast.

Guitar Tutor at The Rock Project

– Tutored guitar, bass guitar and bands to large groups of children age 7 – 15, including a variety of rock songs from ACDC to Foo Fighters.
– Explored new techniques to keep students engaged and helped them to connect with each other to prepare for the end of term concert.