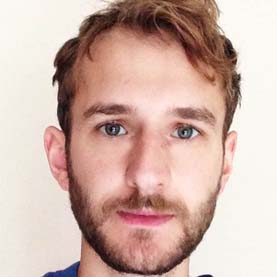 Carrying out edits for a variety of different clients on each of the main editing platforms such as Channel 5 (Avid),
Disney (Final Cut) and Foxtel (Premiere). Main responsibilities include:
• Editing down Channel 5 / Spike fights down to 90 mins from live feeds to tight deadlines.
• Compliance Edits
• Title design in After Effects
• Build edits
• Re-versioning masters
• QCs and PSE fixes

Ongoing as Freelance.
Directing, shooting and editing videos for online

Videos for Gabrielle Aplin, Sons & Lovers, Logos amongst others

Creating promotional videos for the launch of the Fairphone 2