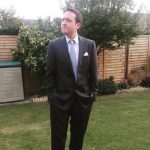 I have edited a total of over 1000 projects, on Avid Media Composer and Adobe Premiere. Many of these films have gone on to film festivals across the globe. Including Cannes Film Festival Short Corner and Raindance Film Festival in 2014 to name a few. I have also edited a small selection of videos that have been broadcast on television, both nationally and internationally. These films range from Comedy through to Drama, Fiction to Documentary and Live Action to Animation.

Four years of practical coursework creating films, understanding the theories behind film editing and the workflow on the practical side of the discipline confirmed that my choice to study Film Production was the right one for me. Whether it’s working in cross-functional teams or alone on independent projects, seeing the tangible results of my efforts is a huge, personal reward.I’m looking for career-building opportunities in an environment where I can learn and flourish. I worked at Oscar and BAFTA winning visual effects Double Negative as a VFX Editor, which has given me valuable information, insight and experience into learning about edit suites, different tapes, codecs, Quicktimes with BITC, both tape and tapeless ingest and different hard drives used, as well as meeting professional editors with decades of experience to talk to. I have been a video editor for WhatCulture, and have had my worked viewed over 100 million times. This job would be a great chance to work on international brand development with filmmakers who have a solid reputation. Most recently I have been working as part of the behind the scenes team for major film and TV productions, including Maleficent 2 for Disney and The Witcher for Netflix.

The Witcher – Behind The Scenes

Maleficent: Mistress Of Evil – Behind The Scenes

Phenoms
Sunderland Til I Die