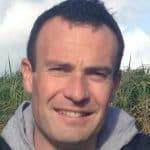 10 GCSEs, 4 A lEVELS at City of London Freemen's School

I established my own Ltd company through which to offer my freelance producer/director services. So far clients have included North One TV and ITV 4 for the 2015 Isle of Man TT. I will also be working on Moto GP for BT Sport as well as working on some of my own branded content projects.

Performing all duties associated with a Producer role:

• Producing short features as well as long-form documentaries and magazine shows.
• Working on location at outside broadcasts, in a live environment.
• Planning, scripting and directing shoots as well as project managing the entire production process.

• Assigned as Series Producer, ‘Tales from the Vault’, a studio based archive chat show 6 Episodes 2014.
• Devised and produced ‘Castrol Classics’ a branded series of 6 programmes working with M & C Saatchi and their client BP securing high value programming at no cost to Sky.
• Produced 10 ‘Legends of Formula One’ documentaries, filmed on location worldwide.
• Built up a successful working relationship with rights holder Formula One Management developing extra programming strands from their archive.
• Produced 6 episodes ‘the F1 Show’, a live magazine show.
• A key member of the F1 Channel launch team.

Features Producer at Sunset and Vine

Performing all duties associated with a Producer role:

• Produced features and programming for an internationally distributed branded motorsport magazine show sponsored by Exxon Mobil.
• Filmed a diverse range of motorsport stories from Formula One to NASCAR to grassroots disciplines. This involved overseeing the filming of programming on location worldwide, with responsibility for the entire production process.
• Produced features for a weekly magazine show charting the build up to the 34th America’s Cup in 2013. Responsible for a wide range of features from the world of sailing filmed in an observational documentary format.

• Programmes consistently hit global viewership targets, regularly achieving over two million views on a weekly basis.
• Successful working relationship with client Exxon Mobil, fulfilling their objectives and maximising exposure across various platforms including new media.
• Entrusted as the lead producer on the highest profile projects and handling the highest profile client relationships.
• Deputised for the Series Editor, with sole responsibility for programmes during their absence.

AP at North One Television

Performing all duties associated with an Assistant Producer role:

• Employed as a core member of the production team producing features for ITV’s Formula One coverage.
• Worked on live broadcasts on locations worldwide, as well as producing tight turnaround shows such as race highlights and re-runs.

• A member of a three-time BAFTA award-winning production team.
• Successfully broadened my television production and organisational skills.
• Developed strong working relationships with a wide range of people in motorsport and television.
• Learned to work under pressure, and tight deadlines.
• Instrumental in developing the production’s multimedia and online content strategy.

Performing all duties associated with an Assistant Producer role:

• Supported all aspects of a busy production team in London and at F1 outside broadcasts worldwide.
• Assisted the producers with scripting, filming and editing.

• Responsible for the management and acquisition of footage, developing a thorough knowledge of motor racing archive and associated television rights.
• Developed script writing skills, commissioned to write the script for a Michael Schumacher documentary for ITV1.
• Successfully transferred my skills to other North One Television productions such as World Rally Championship coverage for Channel 4 and indoor bowls for BBC2.