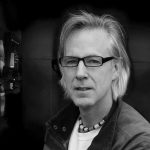 With a background in stills photography and Architecture, Martin Twomey began work in film production in 2011, working on music video, documentary and drama shorts across a variety of roles and departments, from pre-production through to post-production, including Producer and Production Co-ordinator on projects with cast and crew of over 50.

He also produces and directs live stand-up international tours including production and editing of animation and news reel footage for integrated AV, and has also worked on production co-ordination for pre-recorded coverage with crews from; BBC, ITV, Channel 5, CNN and Reuters.

Martin is also accomplished in talent management, working with actors, comics and presenters on set and location, including casting, booking, representation as well as talent welfare and hospitality.

Celebs in Solitary for C5.