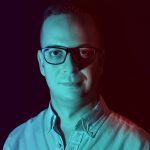 I am an experienced storyteller. For 12 years, I have been working internationally for many clients worldwide. The last of which is CGTN. Which has distributed my work around the world. Considering the ability to meet tight deadlines and perform effectively under pressure. I have also added my own visual style with experience in video editing, Along with my additional skills in creative color grading and motion graphic as well. That has contributed in raising the overall work to another level. On the other hand, I have my private clients in The USA with whom I work through my brand HUVIDEOS.COM. And finally in 2020, I have earned global certifications from Apple UK, and Blackmagic Design. for my proficiency in Post Production and color grading, Using Final Cut Pro X10.4 and Davinci Resolve as an expert.

The Chinese Global Television Network has many headquarters worldwide. One of them is Cairo bureau. Since I started working there as a video editor. Everything was good. whereas, our ambition to make something different. So we have set a precise plan to make something unique. that raises our final output to the next level.

• Studied then implemented the professional storytelling techniques in their news reports, feature stories and documentaries as well. Such as sequencing, creative transitions, adding special effects to emphasize reality, music that overlaps the narration with a creative way, professional color correction and color grading to add another emotional aspect to the watchers.

• Accomplished a test episode for a food series the perfect way. That has benefited the whole organization with actual 5 episodes after the unprecedented content submitted. Due to the great video editing work, creative audio mix and the impressive color grading.

• Developed their source media files to a unique archiving system. By using the integration of Final Cut Pro X, and Mac OSX . Using the metadata tools, Mac tags and notes, Folder structure and many more. I simply created a database for their files. To make everything easily reachable for the networked collaborative environment.

• Transformed the media storage devices to the RAID system. Which is ideal and globally recommended for the process.

• Trained a team of video editors to follow the same approach in post production. to produce the best quality in the least possible time.

Nueway Studios has appointed me officially to be the lead video editor that is going remotely, After working on some projects together. Using my storytelling’s techniques in addition to motion graphics and color grading along with commitment to strict deadlines has resulted in a good sustainable working relationship on a permanent basis. to join their great and professional team.

• I tell the stories creatively, and put as much effort as I can with the assistance of my various skills, like motion graphics and color grading. Which gave us a big extent to produce a good variety for the clients.

• I was able to present a complete project from the least given assets. Presenting the whole work prior to the deadlines.

• Suggesting the best visual style based on the country’s culture that I work for, By watching a massive amount of showreels worldwide.

• Due to my expertise in filming’s standards. I support the videographers to get the optimum footage that serves the entire work.

After a daily working routine for graphic presentations and periodic media coverage for events and festivals for 4 years. Rowad media has earned a contract to implement reports for a social program on MBC channel That’s called Maaly el Mowaten. Honorably, I was the main video editor and videographer there.

• Reduced the cost of additional 2 team members, Using my expertise I was working as a video editor, videographer, graphic designer. And all of them were performed efficiently.

• Earned many massive campaigns in Saudi Arabia, Based on the killer story-boarding submitted compared to the competitors. Such as marathons, Souq Okaz, prominent events, charity programmes, documentaries and short films.

• Implemented a lot of entire campaigns with my own starting from News paper ads, Tv commercials, Social media graphic and videos to the indoor and outdoor printables.

• Conquering many festivals in the arab world with some films. Such as Saqr Al Jazeerah. It was released at Alexandria Film Festival and earned the best documentary movie in the Arab world 2016. Referring to the professional post production made. That of course was a pleasure as the video editor of that film.

• Boosting the brand by redesigning the logo with a creative way, creating 2 showreels and many logo reveals for the agency.

I was designing logo reveals, motion intros and creative ADS. On the other hand, In video editing I was creating short films, documentaries and commercials.

• Created a creative concept and the graphic identity for a programme the company created. With the intention of selling it to many channels. That is called El Mozza Mateamelsh Keda. and accomplished everything needed till it was sold.

• Upgraded the whole post production system with my plugins, music and latest software.

• When I travelled to Saudi Arabia I offered a partnership between Digital Studio and Rowad Media. And coordinated many collaborations between both sides.

I was a motion designer for outdoor LED screens, products and companies. and a video editor for their Ads. And was a graphic designer for indoors and outdoors campaigns. It was a comprehensive responsibility but was great anyway.

• Added my own creative touch to their Outdoor LED screens. By using complex animations, creative colors, and informative content.

• Designed a complete identity for a mall in Dammam KSA. Including all shops inside. That is called Grand Hyper Mall.