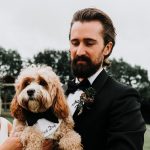 Sam Nutt is a Producer Director from Northern Ireland, currently based in London – he works internationally across Broadcast, Branded Content, Music Content and Short Film.

From directing film crews to self-shooting with royalty at Kensington Palace, Sam brings a cross-disciplinary approach to his work, often leading projects through from Concept to Screen. He has worked everywhere from London to Paris, New York and Los Angeles.

Branded work includes artist centric content with the likes of Vans x Chvrches and TUC x Jessie J, along with various promo for Budweiser and Bank Of Ireland UK amongst others.

Music Content spans a range of mediums with various artists/bands – from Live Sessions with Nothing But Thieves to Multi-Cam Live Performance with Lewis Capaldi to Documentary Series with One Direction in New York.