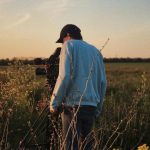 I am a two time BAFTA-Winning Director of Photography & Camera Operator based in London. My work spans broadcast Documentary – shooting prime-time BBC & Channel 4 documentaries, and Drama – working on numerous shorts that have played film festivals and premiered in Leicester Square. Towards the end of 2019 I was working frequently for Vice, i-D, The Face and Notion Magazine.

I am an experienced film tutor having taught filmmaking to a variety of people for the British Film Institute, Kandu Arts for Sustainable Development, British Heart Foundation and Prince’s Trust; I have done this internationally working in Europe & China.

I am also an accomplished editor – working mostly in Premiere Pro, and colourist with experience grading all types of LOG footage for broadcast or online delivery.

Director of Photography at CTVC

Shooting Just Me for TrueTube

Director of Photography & Editor at VICE

Shooting and editing branded content for Desperados with VICE.