Home » Blog » How To Shoot For The Edit 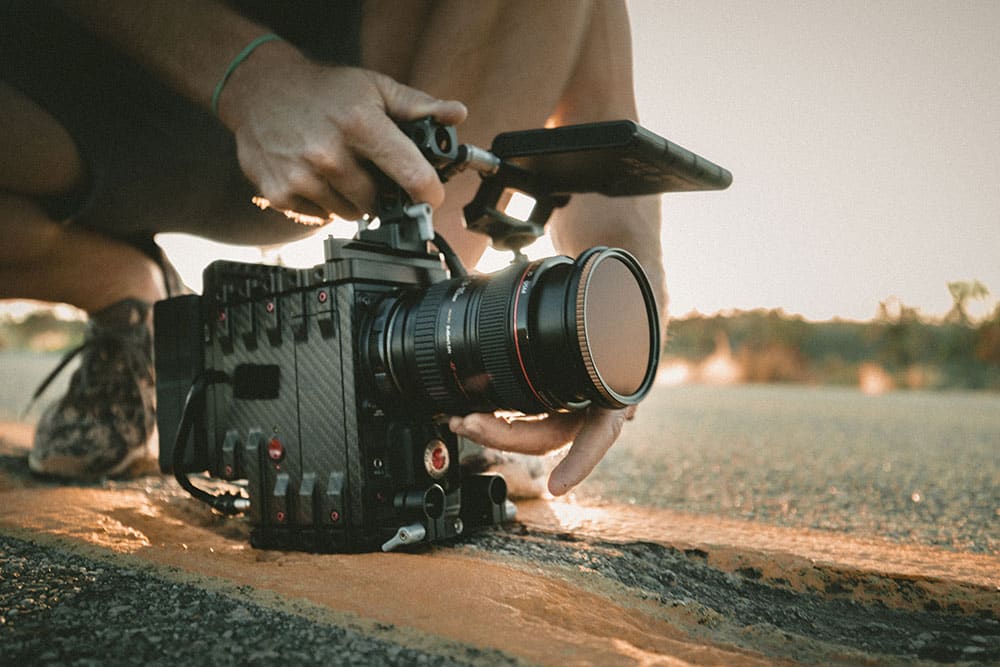 How To Shoot For The Edit

It doesn’t matter whether you are a corporate, narrative or documentary filmmaker, knowing how to shoot for the edit is a vital skill in streamlining your work process and saving your hair from falling out.

Storytelling is most prominent in editing; the ability to pull a narrative together or draw out emotion comes mainly through an awareness of editing structure and pacing.

If you shoot but don’t edit, you need to change that.

Now, the last thing you want however (or your editor), is to be left with a mountain of pointless footage, mostly duplicates of the same shots, and have to spend twice as long in the edit just because you don’t know how to shoot with the edit in mind.

So here are four tips to help you avoid that hellish situation!

Pay Attention In The Interview

Chances are (if you’re on a corporate job) that you’ll be capturing an interview or two, over which you plan to lay some b-roll.

So perhaps you get there early, capture your b-roll, finish the day with some interviews and go home, only once you get home you realise you haven’t got any footage relevant to anything your interviewees said.

Schedules are normally determined by the client rather than yourself, and more often than not they aren’t very convenient to say the least.

But if you can, try to convince your client that it would be better to do the interviews first, and grab the b-roll after.

It’s a lot easier to shoot that new set of pens your interviewee loves, once they’ve told you about it, rather than going round the office filming anything and everything and still missing the key points.

I know it sounds simple, but you’ll be surprised how many people don’t think about this during pre-production and wait until it’s too late on the day.

Do You Need That Many Shots?

We all do it, I’m as guilty as anyone for this, but it is so inefficient for a number of reasons. Overshooting. Why are we doing it?!

The film is going to be 60 seconds long. You’ve already shot 3 wides, 3 mids and 3 close ups of someone drawing a square box or pointing to a cliff… “I’ll just get one more.”

A good filmmaker knows when they’ve shot enough content to make an edit, and will wrap up a shoot once the work is done, avoiding the traffic, back pain and extra 64gb of pointless footage to back up.

It can be difficult when you have a client there who has spent a lot of money, and you feel pressured to look busy all the time, but if they’ve paid you because they like your work, they should trust you when you say you have enough.

Why should you be punished for doing a great job quickly?

What’s more, you save yourself masses of hard drive storage space, and hours of wading through the 10 different video clips you have of someone walking through a door.

If you can approach your clients with a confident and professional tone, in which they feel happy with your work and you won’t need to spend the next 3 hours pretending to shoot or picking up shots you know you’ve already got, you’ll thank yourself for it later.

Stop Being A Sloppy Shooter

Why is it that we hit record, and then we find our focus, change the exposure and practice the movement? All it does is add to your file sizes and your time sat in the edit thinking “was I drunk when I did this?”

More often than not, the first take is rubbish anyway, so you’ve wasted time and data space whilst feeling more and more demoralised about your camera work.

Set your exposure first, then practice the movement and make sure the shot is right, before finding your focus and finally hitting record.

It’s a simple re-ordering of a process you already do, but there is no logical reason to keep hitting record first.

This also applies if you are working with actors or presenters. Hopefully they are professional and have memorised most of their lines, but if not then getting them to practice their lines whilst you do your checks can help you cut down on your edit time, and also give you a chance to get your audio levels set.

Inevitably they will need multiple takes, it’s not easy being on that side of the camera (otherwise we wouldn’t be cowering behind it), but time is the enemy of filmmaking, so efficiency is key.

It’s easy to focus on shooting the subject, just picking up mids and close-ups of them walking and talking…but it’s a bit boring isn’t it?

Corporate work is dry at the best of times, so by interjecting some beautiful landscape shots, or architecture shots, will help break it up and impress your client.

You might not think it relevant, but it most definitely is; how do we know where we are unless you show it?

Establishing shots are a chance to get creative; get some flair in there! Make sure you pick up the boring shots of the signpost or company name, but then focus on getting some cinematic movement, shooting through glass and capturing reveal shots.

Lastly, make sure you are picking up a shot that leaves space for a logo/text/title, you don’t want to have to scan through all your footage again only to realise not one of your shots have been framed with a Call-to-action (CTA) title in mind.

It’s incredibly simple, just frame one shot with enough space either to the side or to the top, so a title can be added.

If that isn’t for you, do a pull-focus so you have a natural blurred background that titles can be placed over. It takes 10 seconds to do and is a surefire way to appease your client.

Wrapping Up – How To Shoot For The Edit

Think with the edit in mind, and you’ll be working far more efficiently. If you can cut down on your shooting and editing time for your paid work, you can give yourself more time for your passion projects.

Work hard, but if you can, work smart and shoot for the edit.