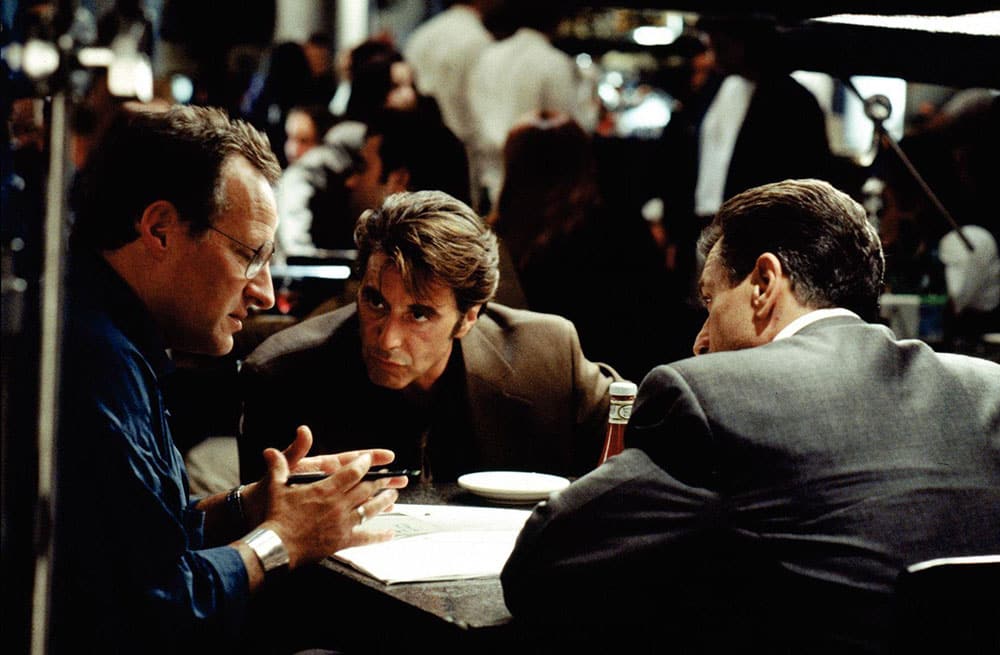 This article is an introduction to an artful element of screenwriting that maintains a degree of mystery – script dialogue.

Alfred Hitchcock famously criticized American films as “pictures of people talking.” While screenwriters should always opt to show rather than tell, learning to write film dialogue is an essential skill.

First of all, it’s important to start with the function of film dialogue. Because each movie is uniquely different and adheres to specific genre conventions, there are different requirements and expectations for script dialogue.

Script dialogue is a tool to advance the story (characters have to speak to each other, after all). But dialogue should never be the key source of plot advancement. That is called expositional dialogue, and it sounds like this:

Movies are about relationships. How does your main character relate to everyone in their lives and the world around them? What are their attitudes? How are these relationships tested along the way?

When you know the relationships between your characters, it’s much easier to develop a natural report between them. Writing good film dialogue involves asking these questions:

Let’s review two scenes with characters that have very distinct relationships to each other and analyze how it impacts the script dialogue.

Rhoda Penmark is “the perfect little girl.” She’s also secretly a cold-blooded murderer. Her family’s groundskeeper, Leroy, enjoys teasing her. He’s a bit of a weirdo, but his teasing also suggests that he sees through her act.

This scene pushes the boundaries of their normal relationship – Leroy’s somewhat creepy teasing and Rhoda’s verbal jousts. Everything changes when Leroy unintentionally discovers Rhoda’s murder weapon that she used to kill a classmate:

Certainly, we see two very different characters coming into a head-on collision. Rhoda’s shocking and borderline violent demand for her shoes changes their relationship and advances the story with an unexpected development.

Another way to look at script dialogue is to map the emotions of the scene. Leroy’s sly, strange sense of fun rockets into glee and then cascades into shock and horror at the truth.

In contrast, Rhoda is dismissive, then condescending, and as she feels threatened becomes demanding and ultimately menacing.

As a result, those two sets of emotional ranges end up complimenting each other.

Shadow Of The Vampire

In this wonderfully creative movie about the making of Nosferatu, legendary director FW Murnau casts the mysterious Max Schreck to play his film’s iconic vampire. Schreck’s secret? He really is a vampire.

In this scene, the terms of their agreement have been violated. Murnau believes he can control Schreck, and will do anything he can to complete his film. Schreck is content to collect more victims, but Murnau knows how to get what he wants:

So, what was surprising about that script dialogue?

Maybe it was Schreck’s unexpected vulnerability (“I won’t sail”)? Perhaps it was his fascinating question about how to destroy himself? What does that say about his self regard?

Another compelling aspect of the film dialogue is how Murnau seems to understand Schreck’s self-loathing.

Certainly, tempting Schreck with close ups and stardom suggests he knows how to manipulate the creature.

Finally, threatening to cut Schreck’s scene with Greta – his object of desire – is a cruel touch.

Most noteworthy, the film dialogue stylistically fits within its genre. Doesn’t it sound like it came from those great old monster movies? Seems like Murnau could be a mad scientist in his own right, does it not? Almost as if it’s foreshadowing scenes to come?

Because these elements feel so organic – along with the surprising emotional ranges – this scene is fresh, intriguing, and entertaining.

Due to the fact that there are so many elements to film dialogue, a good way to test your work is to apply TEARS:

While script dialogue won’t satisfy TEARS alone, remember to use it as a valuable tool to achieve these goals.

Leroy’s sudden change in attitude when he realizes Rhoda really did kill the little boy reverses our expectations. His horror takes us deeper emotionally – we’re frightened with him.

Similarly, we can easily imagine what might happen after both scenes. Also, both have seamlessly advanced the plot. Most noteworthy, both enhance the conflict. There’s no going back after either of these incidents.

So what happens when it’s time to film and your script dialogue doesn’t sound as good as it did on paper?

This can happen on a number of occasions. A few might be:

When production issues force revisions in your script dialogue, focus on the key elements of your scene.

What is the information that must be conveyed? Even if it’s a few words, how can you make those words fit your character?

Conversely, how can you make it visual? Even body language and blocking can accomplish what you think had to be said.

Sometimes you just have to let your actor say their version of the line because that’s what feels right to them. When you’re in trouble with film dialogue, just remember the bare, emotional essentials. You’d be surprised how far they take you.