Home » Blog » What Does A Film Director Do? Job Description 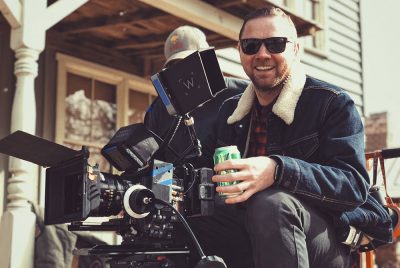 What Does A Film Director Do? Job Description

What Does A Film Director Do?

A director is the driving force behind a production, they direct the actors and lead the project to completion. Typically a director is hired by a producer during the start of pre-production. Sometimes the director has written (or sourced) the screenplay themselves and they find a producer to help them get the film made.

The job role of a film director can change per project. On some film sets the director is the most powerful person who has full creative control.

On other sets, the director has been hired after the on-screen visuals and many creative decisions have already been determined (for example, a director who has been hired for an episode of an ongoing TV series).

The director will help the producer hire the crew and cast the film. Then the director will work with all departments to get the project created. On set they are mainly in charge of the actors.

A director will also stay present throughout post-production making sure that the film is fully completed.

The Different Types Of Directors

When you think of a film director, it’s likely you imagine someone famous. There are many thousands of directors working in the film and entertainment industry and directors can be hired for all sorts of visual projects.

Directors can work on anything from broadcast TV shows and sports events to animations and even within game design. A director might be hired for a day’s work or be brought onto a project for many years.

Often directors are freelancers who find their own work but occasionally directors are hired full-time by production companies. Ongoing shows such as soap operas and news broadcast might hire full-time directors. Some commercial companies and creative agencies have in house directors.

Even though you might only think of famous directors who shoot big-budget films, keep in mind that there are other jobs that directors are hired for.

Developing Your Talent As A Film Director

Regardless of what type of director you want to become, you will first need to develop your talent. Only through practice will you fully understand this job role. In this next section, you will learn about training and educating yourself on how to become a film director.

Many directors begin by making their own short low budget films. This is a good first step as it allows you to learn the filmmaking process without any pressure.

The first films you direct can be made without a budget and you can write the screenplay yourself with friends helping you make it. Sites such as Shooting People and Stage 32 are a great place to find cast or crew and collaborate with other filmmakers.

Working on low-budget film sets is a typical first step for any aspiring film crew member. Your first job in film might not pay you but will educate you on the reality of this industry. Often directors will make a handful of low-budget short films and work on several film sets before pursuing paid directing work.

You might also wish to formally study film. This could be from taking a short workshop or attending a film school. There is a lot of debate out there on whether or not film school is worthwhile. This depends on so many individual factors. For some people, formal study like this works for them. How you choose to study and practice filmmaking is up to you.

It would be helpful as a future director to understand the history of filmmaking. There are many books out there on film history and film theory which you can buy or find in your local library. As a director you will need to fully understand everyone’s job role on set, you can do this by making your own films or from working on other people’s projects.

How To Find Film Directing Work

After you have practised directing you will want to start finding work. There are many different paths to becoming a film director. You may wish to find work within the film industry or stay independent and make your own films.

One way to become a director is to start small and progress to larger projects. Your first directing jobs might come from shooting weddings, promotional content or corporate videos. Eventually, you will develop the talent and trust to be hired to direct larger projects.

Directors can also start out working amongst a film crew within another job role. Entry-level jobs in film such as Runner or Production Assistant will give you the chance to work in the industry and get paid.

You can work any job role in the industry to make an income before progressing to the director role.

If you wish to only direct your own projects, you will have to find a way to fund them. You might find funding through Film Councils, Competitions or crowdfunding. Find a list of UK funding opportunities on the BFI Network.

You will need to have experience and a producer on board to gain substantial funding. Occasionally directors make low-budget feature films that become successful. A successful low-budget film might be enough to convince a production company to take a chance and fund your next project.

Often at the start of their careers directors don’t make an income from directing. Upcoming directors might have another job, as they build up their talent and trust within this role.

A producer will not hire you unless you have proven that you are good at your job. However, you can convince a producer you are worthy of this role in a number of ways.

A win at a major film festival for one of your projects could grab their attention. A long history of working in the film industry and a showcase of high-quality work will build trust.

Talented directors, with a history of work, can also find agents. Being part of a good agency will make it easier for producers and production companies to hire you. In time you will build up your reputation and confidence to climb up the ladder onto larger projects.

In short, film directing is very competitive. It can take longer than other job roles to make a living solely from it. You will need to fully understand the filmmaking process.

You will need to learn to work with actors and be able to direct under considerable pressure. If you enjoy making films you can still do this as a hobby without the hardship of making a career out of it.

We hope this article has helped you learn more about how to become a director. If you have any further questions, you can leave them below and we will be happy to answer them.