Home » Blog » Film Career Guide: What Is a Script Supervisor? 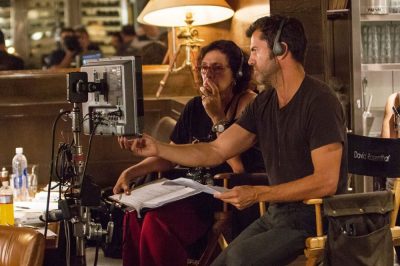 Film Career Guide: What Is a Script Supervisor?

In this article, we look at script continuity and the job role of the script supervisor. This position is essential but often overlooked on independent film sets.

When you make a film, you will likely shoot it out of sequence. As such, mistakes can happen, which can ruin the audience’s experience.

Basically, the script supervisor makes sure that the film actually cuts together properly in the editing room. They watch the action and write detailed script continuity notes.

There are a lot of tasks that go into this job role. Below you can find a breakdown of the script supervisor’s job description, education and salary.

Firstly, there is only one script supervisor on set. So, when filming, they will work with a lot of different people. Sometimes on the credits of a film, you can find them within the camera department.

Secondly, the script supervisor’s main job is to make sure that the film has no big editing mistakes. For example, an actor might change costume or hairstyle between scenes on the same day. Surprisingly mistakes like this happen a lot!

Script supervisors also need to pay attention to props, weather, camera lens and film pace. Every shot needs to cut together seamlessly without distracting the audience.

In addition to this, they make script continuity notes that they pass on to the editor. These notes help the editor understand what shots to use.

Script supervisors start work midway through pre-production. To begin with, they will read the script many times and make detailed notes. This includes notes on locations, characters, props, makeup and Storytime. For example, if there is a clock in a scene, the time must be accurate.

During pre-production, they will also attend meetings and location recces. If there are any errors in the story, then this is usually when they will bring them up.

Lastly, a script supervisor will estimate the films running time. It’s important to make sure that whilst filming scenes are not running long or too short.

In production, the script supervisor is always on set, typically by the films monitor screen. This area on a film set goes by the nickname video village (check out more film set terminology).

So as to make sure that the film is not too long or short, they time each scene with a stopwatch. If there are any mistakes, they will inform the director or 1st AD.

The script supervisor will also make in-depth notes on an actors appearance and location. Additionally, they will take hundreds of photographs to help them whilst on set.

One key task of a script supervisor is to complete a lined script. Each line represents a shot and lets them see if every action in a scene has coverage. After every filming day, they will share there notes with the production office and assistant editor.

You don’t need a degree to work in script continuity. However, because of the complexity of the role, it is useful to learn from a professional.

On large film sets, you might find work as an assistant. You might be able to find an apprenticeship with Screenskills and GBCT. Or take a short course at the NFTS, Raindance or London Film School.

The job role of a script supervisor requires patience, attention to detail, teamwork and knowledge of the filmmaking process. In addition to this, it requires long working days both inside and outside on location.

As shown above, you can learn script continuity by taking a course. It’s a demanding job role, so you will need plenty of practice before you find paid work.

However, you can build up your experience by working on independent films. An easy way to find these is by looking at film job sites and Facebook groups.

Also, many filmmakers begin their careers as script supervisors by working on student and low-budget films. So, by building up experience and industry contacts, you will start to find work on higher-budget productions.

Most importantly, a script supervisor is a self-employed freelance job role. This means that you will negotiate your pay rate per project.

Also, unions such as BECTU, GBCT and The Production Guild can provide pay rate advice. Generally, you would start on a lower wage and work your way up to more responsibility.

Like all film crew roles, your salary changes widely with the production budget. On big-budget feature films, you can make between £200-£380 per day. However, on lower budgets, this can go down to £200 per day.

Are you curious to know what other crew jobs role salaries are on film and television sets? Check out our updated chart of film production crew rates.

In summary, being a script supervisor is a challenging job role that requires a lot of focus and patience. However, on the plus side, you will work closely with the director and always be on set amongst the action.

Do you have any questions about Script Supervisors?

Let us know in the comments section below.