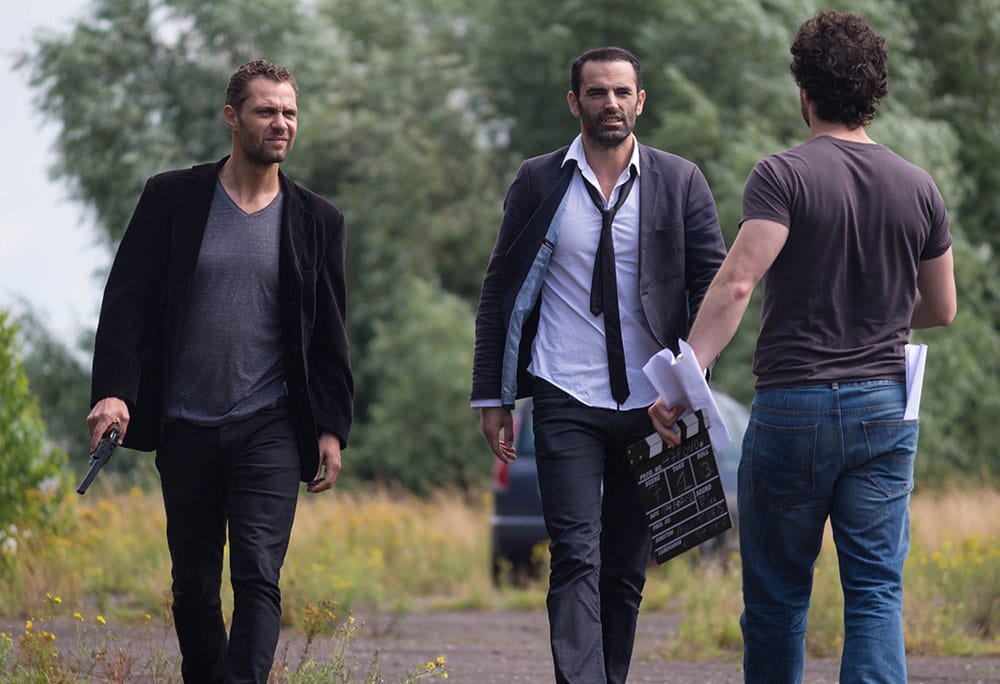 Blocking a scene is when a director rehearses the actor’s choreography before you start filming. It’s a crucial part of production and happens before filming every scene.

This process is necessary to show everyone on set what to expect from the shooting day. Not to mention, it provides time to plan lighting and camera setup. Basically, without blocking in film, you would be wasting time fixing problems during filming.

How you block and how much prep you do before filming depends on your shooting style. Below you can find detailed information on what is blocking in filmmaking.

Blocking a scene is a rehearsal of how the performance will act out on location. The director will go through the scenes action with the actors before filming.

Firstly, this lets the actors take the initial direction and allows both director and actors to stage a scene. Secondly, it will enable the director of photography to plan the lighting and camera positions. Thirdly, all other departments, including the script supervisor, will watch and be able to make any changes before the camera rolls.

Blocking in film is often done at the very start of the shooting day. The actors, director, DOP, and script supervisor will all be present for the initial blocking. While the rest of the crew will watch the finalized performance.

The DOP needs to watch the blocking to evaluate the action and plan where to set up lights. They will also talk with the director about shot choices.

The script supervisor needs to make sure that the proposed blocking does not cause continuity issues. For example, the actors not walking into a scene in the same direction left the last one.

When the director and actors are happy, all other crew members will watch and make any changes. For example, the art department might need to re-dress the scene, or the key grip might need to set up a dolly.

The process of blocking a scene:

How to Block a Scene

Blocking in film and TV is done initially by the director and actors on the day of filming that scene. Typically, the actors have not yet gone into makeup or costume. After breakfast, the very first job of the day is blocking a scene.

The director and actors will rehearse the scene at the filming location. Likely this is the first time they have been able to rehearse on the actual site. How a scene performs in real life might be very different compared to the script.

It’s the director’s primary job to help the actors plan out a scene. Some directors choose to create shot lists or storyboards to help them when blocking a scene. Either way, the director needs to imagine how a scene looks on camera and where the actors will be in the frame.

Blocking in film for directors:

For producers, blocking a scene will need to be scheduled into the workday. How long it takes to block, set up and begin filming will depend on the scene and director. Certainly, with practice, you will develop an idea of how long this will take.

Blocking in film should be the first task at the start of any filming day. When the director is blocking with the actors, all other departments will be getting ready to film. Furthermore, when the blocking has finished, actors will go into makeup and costume. Then the rest of the crew will get ready to start filming when the actors return.

Film sets worldwide use this workflow. By choosing to use blocking in film production, you will, in effect, speed up your workday. Talk to your director and dop before creating your schedule to ensure that everyone understands the daily routine.

We hope this short guide had helped you understand what is blocking in film and TV. There is a lot of room for mistakes when it comes to filmmaking. When everyone in the crew knows what to expect from a scene, the filming day goes quicker, in effect making for a happier workforce. These rules and routines are not there to stifle your creativity but ensure that you make the most of the production day.

Do you have any filmmaking questions? Let us know in the comments below!