Good film lighting is the key difference between amateurs and professionals. Learn to light, and you’re stepping into a new playing field, but it can be hard to know where to begin.

Want a short online course in lighting? Check out our review of Skillshare 🎓

What is Film Lighting?

Film lighting refers to the process of controlling the natural and artificial light that appears in a scene. On a film set the lighting is controlled by the director of photography and the gaffer. The goal of film lighting is to create an environment for actors that looks realistic on screen.

Why is Lighting Important?

Lighting is fundamental to film because it creates a visual mood, atmosphere, and sense of meaning for the audience. It can do anything from directing their attention to a part of a scene to defining a character’s mood or emotion.

The first method is to bounce light directly into the ceiling. Bounce lights are great as they soften the harsh light that might come from Fresnel lights.

If you’re working on the cheap you can rent old redheads and the like for a very reasonable price as they are slowly being edged out of the industry by LED lights.

Although they are heavy, hot and their bulbs are renowned for blowing, they can be a very effective addition to your kit without breaking the bank.

Rather than facing your light directly at your actor, if you aim your light at a bounce board or wall, then it will bounce off and enter the space from a different angle with reduced strength.

This is a common effect when working with powerful lights in small scenes, or old lights that don’t have the ability to attach softboxes due to heat and accessory issues (such as redheads). 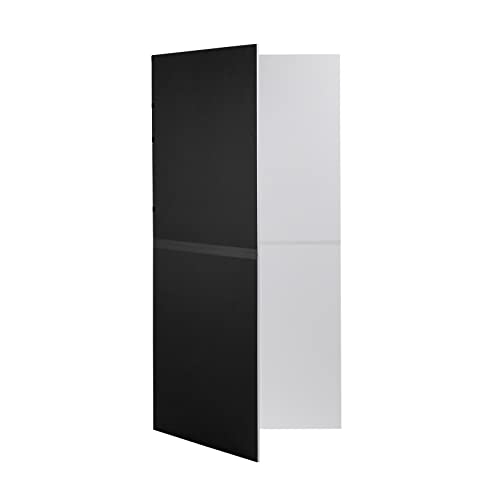 Also, a piece of white cardboard would help reflect and reduce light. 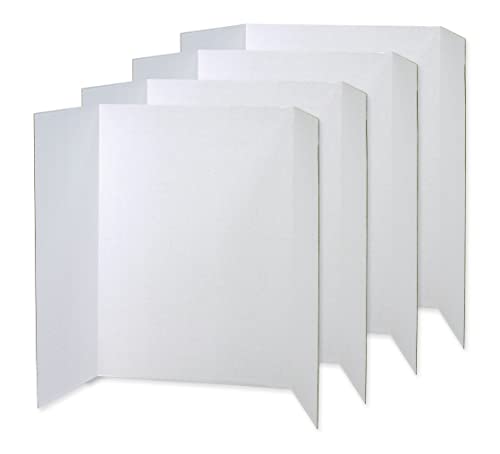 If bouncing is still too much, then the gaffer will create a bookmark, a technique where you add a diffuser like muslin in front of the bounce area, creating a book-like shape.

Perhaps your light source is ok but part of the room is too dark, two other options you have is to use a silver or gold side reflector to redirect the light, or even use a mirror and effectively get two lights for the price of one.

Any reflective surface can help increase exposure, but be wary as they can also spill light into unwanted areas – white walls are the bane of cinematographers. 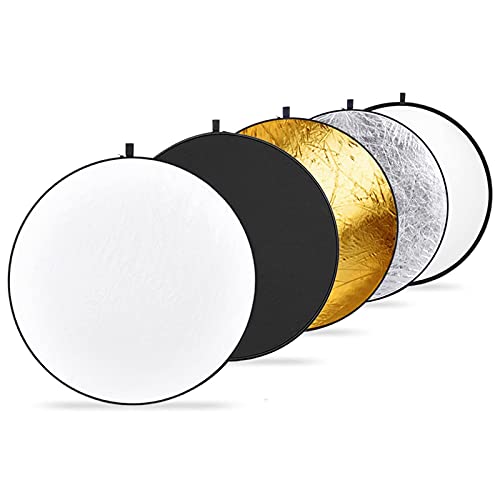 If you only have hard lights and you want to create a soft light effect, then you need to find ways of diffusing it. There’s a range of methods and tools for controlling the intensity of a light.

Here are some of the most common ones used for film lighting.

You can pick up softboxes and diffusers for a very reasonable price and they are well worth buying for the benefits they provide. 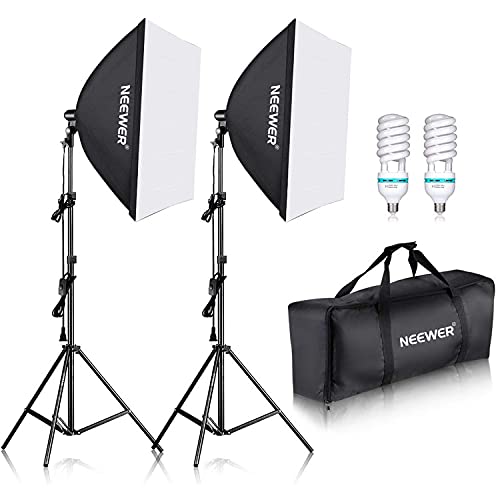 Any type of material that can spread the light source before it reaches your subject will create a softer light. Even just some translucent cloth such as some silk curtains you can pick up from a hardware store will help.

The only downside of softboxes is the more you soften the light, the further it will spread, which is why flags and grids are so useful.

Softboxes and diffusers allow you to spread the light source more evenly so it wraps around your actor’s face, whilst flags and grids effectively stop the light spilling onto the walls and backgrounds.

A good brand is Westcott. Their fast flags are nice to use, easy to transport, and reasonably priced. 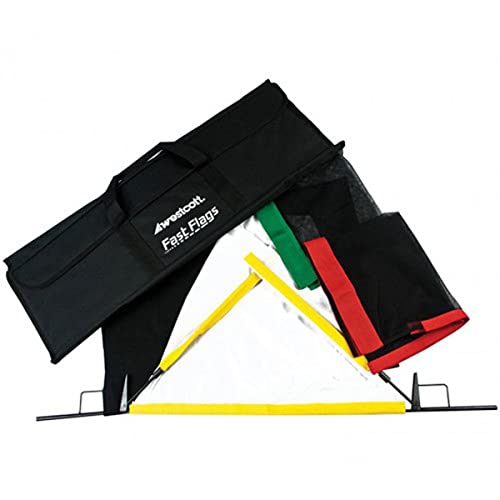 You can always use a black duvet cover taped to a stand or frame and it will achieve the same effect as a black cutter but just not quite as easily.

Flags come in different strengths of materials, but the solid black is a great place to start. Sometimes though even with diffusion the light will still be too harsh, so the next approach is to create a bounce or bookmark effect.

How To Create Daylight Indoors

One of the most common mistakes people make is to try and replicate sunlight by placing a light inside the room. Obviously, this rarely works as the sun isn’t in the room sitting on the couch.

The placement of your light source in relation to your subject will completely change the shape of the shadows. Sunlight is a hard light set at a distance, and it only gets into your house through windows.

Placing your light outside will create a much more natural look and often make that cinematic contrast far easier to achieve.

You’ll need a hard light such as a redhead (1000-watt tungsten light) or if you’re on a budget then an Aputure 120d with a Fresnel adapter should work. This is a nice bit of kit that gives you the versatility of soft and hard light. 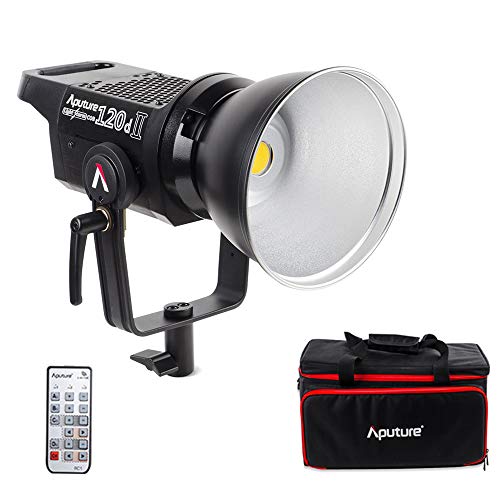 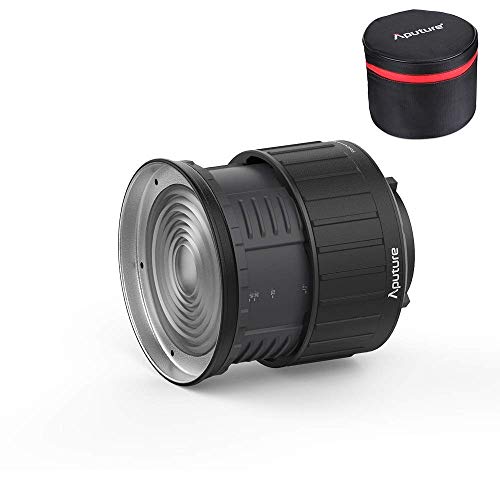 Just because the phrase three-point lighting is drilled into you at University doesn’t mean it’s the right approach for every occasion. By combining the ceiling bounce and outdoor window methods you can find a nice exposure with a natural looking light source and a cinematic quality.

Of course, there is the option of just using natural light coming through the window, and if you’re happy to battle the inconsistency that clouds will cause then this is your cheapest option.

Simply use reflectors and black cloth to shape the light. Also adding negative fill can give you that cinematic contrast on your subject’s face that all indie filmmakers love. 👌

How To Create Evening Dinner Scenes

One of the most useful techniques to master in film lighting is the top down light. This can work great for evening dinner scenes, interrogation scenes – the list goes on!

But why do filmmakers spend so much time and money replicating light fixtures that are already in the house? Surely you could just turn on the room light and be done with it? Well, you could, but it would probably look awful.

Cinematography is all about controlling the lighting. This is something that’s hard to do using light fixtures already in your room as they are designed mainly to spill as much light into as many corners as possible.

So how do you do this with a top down shot? Well, it’s pretty straightforward.

Place the light just above or even slightly behind the actors using a C-Stand with it facing directly down.

What makes these scenes so great is how the tables are illuminated whilst the backgrounds are dark. The way to achieve this is to flag off the light source by using a softbox or placing some black cloth around the light (called skirting or snooting).

Other than interrogation scenes, a top down light is nearly always diffused. You can do this by either using a diffuser (which usually comes with a softbox) or muslin cloth to help soften the light.

The one thing not to cheap out on is the stand for the overhead light as you will need a knuckle and boom arm to get the light in the right position. That’s it!

Also, make sure you have some sandbags to weigh the stand down. Having a light fall down and ruin your scene or injure an actor is the last thing you want. 🙈

When all else fails you and your bank account is empty then using practical lights can save the day.

Practical lights are lamps that you see in the shot, often used to light up a background and create depth. They can also be placed right next to your character on a desk to give that one small pool of light.

Pick up some cheap light bulbs of varying power in both bayonet and thread mounts. There’s nothing worse than light sources that are slightly different shades of white and yellow

Most lightbulbs come tungsten or daylight balanced but you can always add gels to any light to help balance the color. Just be careful not to melt them onto the bulbs.

To sum up, when trying to master film lighting techniques the key thing is not to rush. It’s all about trial and error.

Also, be careful and try to stick to remembering proper film set safety. Lighting can be fragile, but also dangerous to both you and the environment and as such you should treat them with respect.

Use sandbags to make the stand sturdier, don’t place hot lights next to flammable materials, and make sure your cable management is on point. 😎

Aram Atkinson
Aram is an award-winning writer, director and DOP. He specialises in commercials and high concept dramas.
You Might Also Like
Best LED Video Lights For Filming in 2023 [Beginner’s Guide]
10 Best Cinematographers Of All Time [You Need To Know]
How to use a Light Meter [Beginner’s Guide]