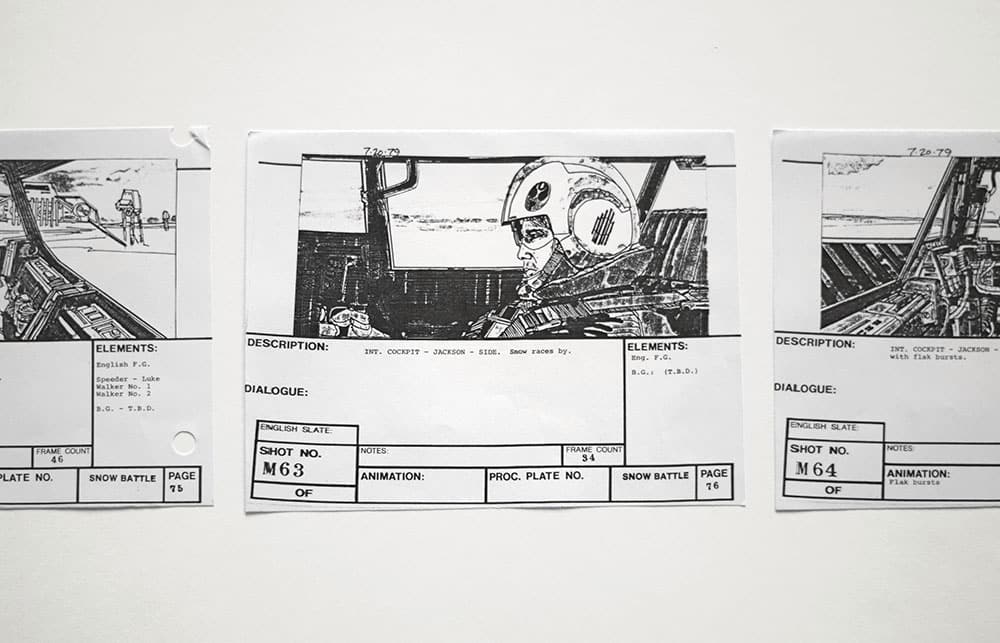 Want to make the most out of film pre-production?

We’ve listed the 10 major steps you should be paying attention to whilst planning your film shoot. As you likely know, pre-production is the filmmaking process that takes place after you have sourced the screenplay but before you shoot the film.

And by taking this stage seriously you can avoid problems that in effect saves you time and money. After all, to make a good film every step needs to be carefully designed and planned!

So if you are about to embark on a filmmaking venture this new year check out the steps below. We also have a resource section where you can download free film production form templates.

You can’t start film pre-production without an initial budget. To create a budget estimate, firstly breakdown your screenplay into scenes. Then list all of the elements that are needed to film each scene. These elements include everything that you can see such as locations, cast and props as well as your film crew and equipment.

Research and make an estimate of how much all of these elements will cost to get together. You will be updating your budget throughout film pre-production.

To start pre-production your first major cost is going will be your screenwriter and story rights.

Above-the-line means any essential crew members that need to be sourced during the early stages of film pre-production. This includes the –

You might also wish to lock a 1st assistant director, editor and composer (essential if shooting a musical). By hiring key crew members in advance the pre-production wheel can start to spin. Lead actors are also considered as above-the-line and furthermore, early casting can help with scheduling and securing a budget.

Breaking down your script lets you know what you need to source before filming each scene. The script breakdown is often done by the producer and production team but you can do this yourself.

To break down your script list all of the elements in each scene. Once you have a breakdown you can begin to gather your elements. Elements are everything that you can visually see in the scene. For example:

Storyboards and shot lists can help you visualise your film. The director and director of photography will work together to produce these storyboards alongside a storyboard artist.

Keep in mind not every film needs to be storyboarded. Sometimes only special effects and complex shots are pre-visualised like this.

An important step in film pre-production is finding and securing locations. You might wish to hire a location manager to make this process easier. Permission and permits are going to be needed for all locations. That is unless you are shooting guerilla-style with a very small team.

Location recce’s will also be carried out with all heads of departments attending.

As I have said you might choose to cast lead actors at the start of film pre-production. Ideally, before filming begins all actors are needed to be cast and any supporting artists found.

By now you should have a general idea of your production filming dates and be able to begin the full hiring process. To help with this we also have a detailed article on how to cast actors for your indie film.

Below-the-line means all other crew members. This includes any other heads of department and their assistants.

Every head of a department will be able to help you find assistants to hire (for example, the makeup artist will have their own assistants).

Alternatively, as a producer, you can advertise for crew on online job sites and crew databases (check out our own film crew database).

At this stage, production meetings will be carried out between all departments. Its important that all departments are in communication with one another.

Insurance is essential even for the lowest of budgets. Consider how expensive equipment can cost and that everyone will be bringing their own equipment to set. It makes sense to prepare for the worse, the last thing you want is to have a surprise bill to pay at the end of production.

Make sure to fully secure story rights, location permissions and make sure to get all paperwork filled before filming. The UK’s film union Bectu can help you with public liability insurance.

You might be renting out, buying or hiring crew who own equipment. This includes equipment for the camera department, grip, lighting and sound. If your shooting low budget, we have a guide on the best budget cameras.

Other departments such as the art department might also need you to hire additional equipment. Be sure to check that all departments have what they need before production.

During this stage, more film pre-production meetings will be carried out. And lastly, before production begins the shooting schedule is finalised.

For the most part film pre-production is a straight forward process. Follow the steps above and deal with problems as they come.

The pre-production stage should be the longest stage you spend time on whilst making your film. In short, by being overly prepared you will effectively save both time and money.