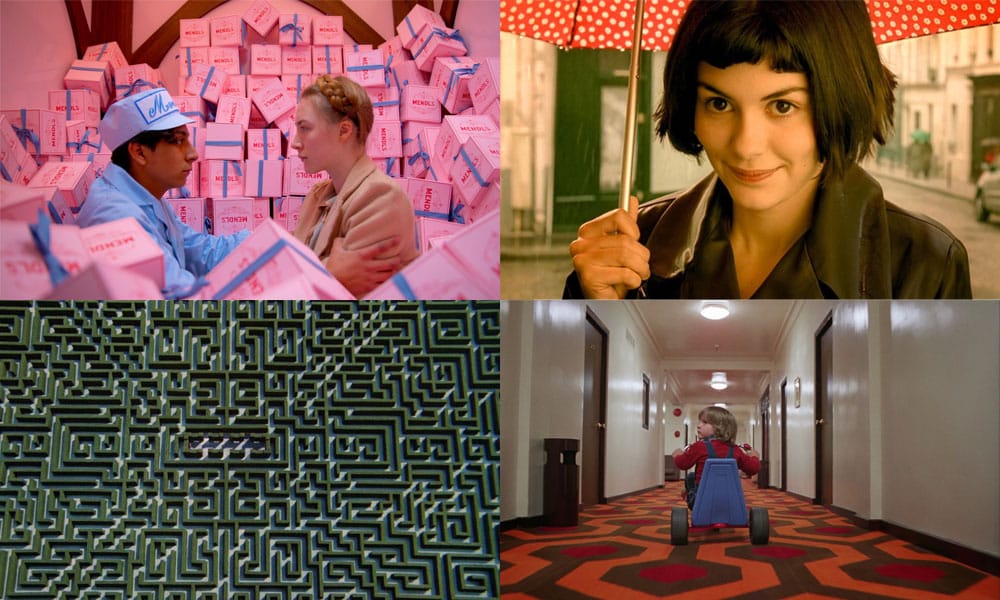 Mise en Scene is a french term that simply means ‘placing the stage’. In Filmmaking, it’s everything you see on camera, from the actors to set design and costumes.

Film Writer Andre Bazin first used the term to describe the important parts that make up a shot. It’s a phrase you will hear across film studios, screenwriting and during filming.

Here you will learn everything you need to know about this term, including a breakdown of all visual elements and mise en scene examples.

What is Mise en Scene?

The mise en scene meaning changes with every film. For example, some films pay a lot of attention to colour while others focus on the acting.

During pre-production, the director, director of photography and set designer will work together to create the film’s look. They will do this through storyboards, concept art and meetings. It’s important that all creative crew members are on the same page visually.

If you pause a film, each frame represents the film’s mise en scene. Everything within that frame comes together to make the film. In addition, the look of the film must stay the same from beginning to end. By doing this the scenes cut together flawlessly.

The set designer will lead the art department to build sets, props and visuals for the film. In addition to this, they work with the costume, hair and makeup crew. There are also other visual elements that come together to create a film’s mise en scene.

Another storytelling visual is the lighting design. The head of lighting is the gaffer and they take orders from the director of photography. Overall the type of lighting has a lot of influence over the audience. Light creates mood, themes and understanding of the characters.

For example, in a horror film, the lighting is dark and mysterious. The lighting and shadows create the mood of the film. As a result, the DOP carefully plans the film’s lighting design before filming.

The composition is how the elements in a scene fit within a shot. To design a shot, the filmmaker chooses a camera angle that best suits the action. The camera angle has a lot of influence on how the audience reads the film. For example, an actor’s close-up can help create emotion during a scene.

Blocking is another important part of creating a shot. When the director blocks a scene, they decide how the actor will move around the set. The director of photography will then plan the best shots to capture the scene on camera.

All visual elements have a role in creating the film’s look. The costume and makeup design create mood, setting and character. The costume designer must find the right look for a character based on their role in the film. For example, a villain in a film wears black, and the hero wears white.

In addition to this, the makeup and hair design all help transform the actors into characters. The visual elements of makeup include SFX, blood and the use of color. In the mise en scene examples below costume and color plays an important part.

Lastly, actors’ performances are important in the film’s mise en scene. This is because the actor is often the main focal point in a shot. How the actor plays the role changes the audience’s mood and emotions. In addition to this, the props, costumes, and the actor’s movements are all part of a film’s overall look.

Amelie is a French indie film that has a distinctive visual style. The film is heavily color graded with tones of green and orange. It also makes strong use of costume and lighting colors. The acting in Amelie is playful and lighthearted which fits the comedy genre.

Every frame in this film connects to one another. You can tell that the filmmakers put a lot of thought into the set design and composition of shots. To make a film with this detail, you must storyboard each shot before filming and have all departments work closely together.

The films by Wes Anderson are perfect mise en scene examples. In particular, The Grand Budapest Hotel pays close attention to color and costume. The filmmakers picked a color palette for the film of pinks, purples, and reds. You can see these colors throughout every scene in the set design, costumes, and props.

Furthermore, you can find mise en scene meaning in the composition of shots. The shots in this film all have a symmetrical framing style. You can also find this framing style in the set design, placement of props, and the actor’s performance.

Stanley Kubrick created distinctive visuals in his film The Shining. For example, in a famous scene, a boy rides a bike through the corridors of a hotel. Kubrick choose to use a Steadicam to capture this shot to add to the scene’s sense of uneasiness and tension.

Throughout the film, set design and location also play a big part in the mise en scene. This film’s settings include isolated mountains, a snowy maze and dark hotel rooms. The elements come together in this horror film to make the audience feel scared and vulnerable.

Next time you watch a film, pay attention to all the elements in each shot. The filmmakers put thought into everything you see, from the costumes, camera angle and the actor’s performance. All of these elements come together to create the world of the film.

If you are a filmmaker, take your time planning the shots in your next film. Behind every beautiful film was a team that created storyboards and attended meetings. It takes a lot of work to make a distinctive mise en scene but the results are more than worth the effort.