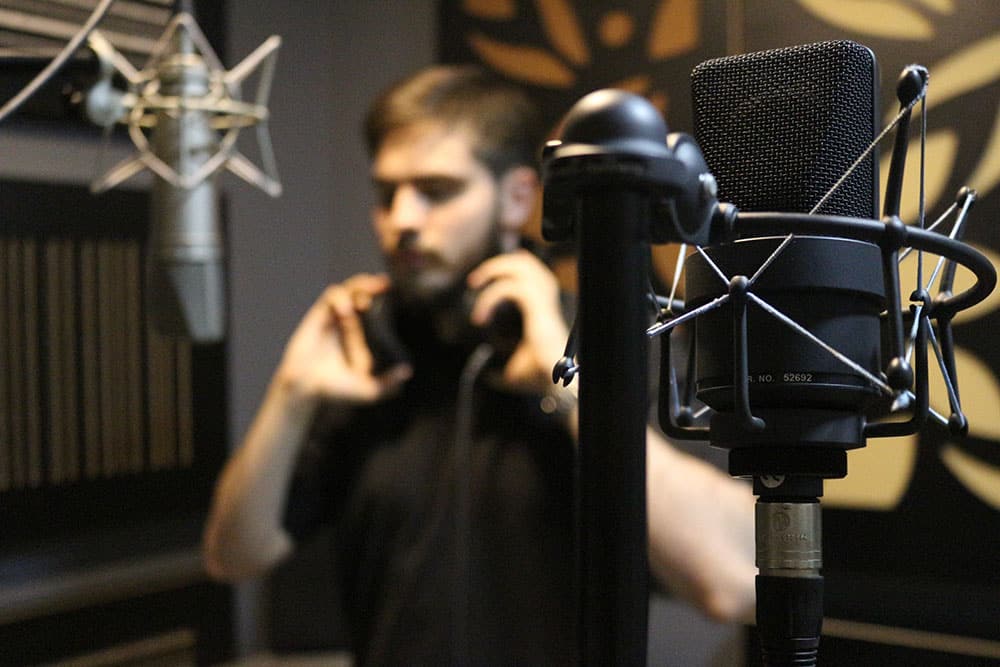 Although it might come as a shock most films will have 30% to 70% ADR dialogue.

Film sets are noisy places. Something will go wrong no matter how hard you try to keep them quiet. From planes in the sky to buzzing generators and public crowds, a film set is never truly quiet. This is why it’s common for filmmakers to reshoot a lot of audio after filming.

Film ADR (aka automated dialogue replacement) is when you re-record the dialogue in post-production. This improves the quality of the audio or makes changes to the original script.

Let’s start by breaking down the ADR meaning in film.

What is Film ADR?

So, you have finished making your film, and it’s time to edit. The editor will start by placing the footage and the audio together. If the audio is not clear enough, you will need to re-record it.

Film ADR is when you re-record audio in a studio setting. This involves bringing the actor back after filming and having them repeat all of their lines. As a result, the audio is quieter and more clear. It’s likely this has happened in some way on every film you have watched.

The traditional name for this process was looping. This is because, in the old days, a re-recorded line of audio was cut into a loop of film to play back over and over again. In modern day cinema, sound designers now use computers and software to create this automatic loop of audio.

Why Do you need ADR?

Film ADR recording helps to correct any noisy sound captured during filming. There are so many reasons why your first audio would need replacing. Even if the sound mixer tries to record clear sound, you might not be able to avoid bad audio.

Some of the main reasons for re-recording audio are – airplane noise, buzzing equipment, people talking in the distance, and bad weather. It doesn’t matter how quiet your film set is if you are filming next to a public road.

In another example, the film might need the actors to shoot in a noisy location. The image always comes first over the sound. So, the director might choose to ignore the audio quality.

Film ADR makes sure that the audience understands all dialogue in a film. There are many reasons why the actor’s audio might need re-recording. One of the main reasons ties into noisy background audio, e.g. an actor says a line and you can’t hear them.

Other reasons for unclear dialogue include – heavy breathing, coughing, speaking too quietly, and saying words wrong.

A good example is in the film Elysium (2013). Jodie Foster had to re-record all of her audio as the test audience didn’t like her accent.

The ADR meaning in film can change depending on the script. It’s not a common practice, but sometimes the story changes mid-way through recording. By cutting away to another actor or shot, you can completely replace the dialogue, thus changing the film’s plot.

Another reason is that a film might have story errors – such as an actor saying a character’s name wrong. In this case, ADR recording allows the filmmaker to fix the error. Also, the additional dialogue might help to add more detail to the story.

Film ADR doesn’t always replace Noise but sometimes adds more. This is especially important when you are working with a large group of actors.

Often the sound recordist will focus on the main actor but might not record the other actor’s audio. By capturing additional audio, you can create a more realistic group or crowd scene.

As you can see there are lots of reasons why filmmakers need movie ADR recording. However, you don’t need a big budget to improve audio within your film. High-budget films and independents both use film ADR to make the most of their film soundtrack.

To start recording, you will first need to determine what scenes need ADR. Typically the editor will complete a rough edit with sound before you plan your recordings. When you know what audio dialogue and lines you need, you can bring the actors to the studio.

This recording studio will need to be soundproof. This means no background noise such as traffic or echoes. You will also need to buy a high-quality microphone. Whilst recording, you can show your actor the footage on a screen so they can match the audio to the image.

There are a few things you can do during film ADR to help the actors. First, the actor needs to perform perfect lip sync with the film. Almost all films require ADR, so it’s important that you let your actors know about this before filming. This should also be within their contract.

Next, you should show the actor the scene on a screen and have them listen to the audio. Let the actor know what you want from them before recording.

Thankfully, Film ADR recording is a lot faster than filming on location. So, you won’t need too many days in the recording studio!

Hopefully, you now understand more about the ADR meaning in film. There are lots of reasons why a filmmaker might need to re-record audio. Without it, the audience might not hear all of the actor’s lines and misunderstand the story.

Even if you are making a low-budget film, you can improve the quality of your film with ADR. It’s possible to create a soundproof studio and capture clear audio without spending a lot of money. Let us know if you have any questions about ADR recording in the comments below. 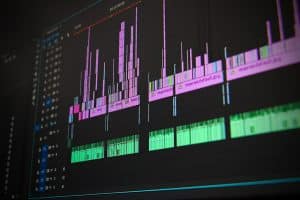 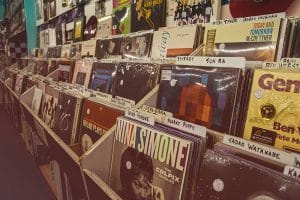 Music Copyright for Filmmakers [Everything You Need To Know]