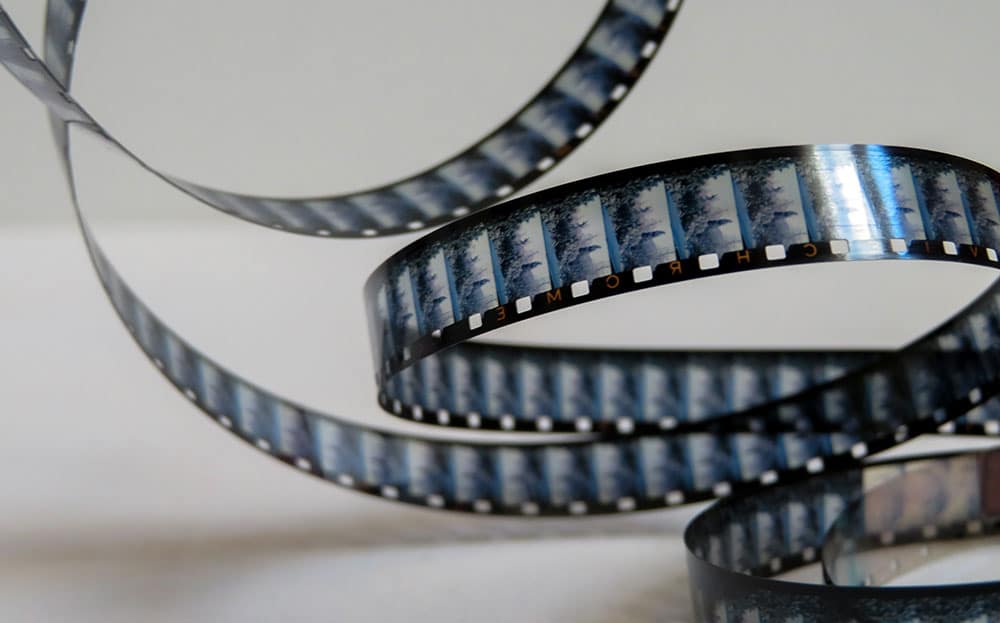 A film montage is an editing technique that cuts short bits of footage together to create a sequence. Often they are cut to music and show a passage of time.

You can find this editing style in all film genres, from drama and horror to comedy and documentary filmmaking. So, it is an important skill for all filmmakers and editors to learn.

There are also different types of montages that have various effects on an audience. For example, the soviet montage created by Sergei Eisenstein focuses on emotion. In addition, Eisenstein developed the five film montage methods.

This article will look at film montage editing and the five different methods. Also, we’ve included a few quick examples from popular films.

What is a Film Montage?

The word montage comes from a French word meaning ‘to mount’ or ‘to assemble’. So a film montage is when you assemble footage to create a new sequence. Often this speeds up time, but there are other reasons to use this editing technique.

One reason might be to show a lot of information at once. For example, if you have many storylines in different locations and want to show what each character is doing at the same time. Another is to create tension, a fast-paced film montage can help create chaos on screen. Lastly, it can reveal something new such as character development.

Although Sergi Eisenstein did not invent film montage editing, he was one of the first filmmakers to study this method. In the 1920s, Soviet montage theory defined cinema techniques and tested new editing styles. Eisenstein also developed the five types of film montages that focused on emotion, which we have listed in detail below.

Film montage editing is not a complicated technique. Many filmmakers choose to use quick cuts, one or two seconds long. It’s also common to not use dialogue but instead cut to music or voiceover narration. Some filmmakers will also use text or even still images to reveal more about the story or a character during a montage.

The first type of film montage editing defined by Eisenstein is Metric. This means to cut each shot within your montage sequence to the same length. So, for example, a rule that each shot with your sequence will only last 2 seconds. The metric montage can also follow a beat structure rule such as 2:4, which stands for 2 second shot, 4 second shot and repeat.

This is when a shot sequence’s purpose is to create emotion. The type of image that you cut to decides the pace and shot length. For example, in tonal montage editing, a shot of a sleeping baby would create a calm emotion and slow, longer shots. In contrast, a shot of someone running is fast paced and will feature short length shots.

In this technique, you use all of the above three film montage editing types. A perfect example of this is the famous shower scene from Alfred Hitchcock’s Psycho (1960). The sequence is in action order and each shot is one second long. The cutting has a fast pace suggesting chaos and panic which is perfect for the action on screen.

Eisenstein’s favourite soviet montage was when a series of shots have a deeper meaning. In many of his films, including Battleship Potemkin (1925), he combines a mix of shots to make a political statement. In this type of montage, the shots also do not have to make sense within the context of the film.

Perhaps the most famous film montage is the Rocky training sequence. This is an example of a rhythmic montage. Its purpose is to speed up time and show Rocky’s training progress. The shots are in the correct order of events but their shot length differs. It’s also cut to the pace of the music, which helps create feelings of enthusiasm for Rocky.

You can find several film montage examples in Edgar Wright’s Shaun of the Dead (2004). In this sequence, a metric montage of 1 second long shots shows three plans on how to tackle the zombie apocalypse. This reveals new information to the audience at a very quick pace. Also, the use of repeating the shots and fast timing adds to the film’s comedic style.

In this soviet montage, we see a mix of rhythmic and intellectual cuts. In the scene above, there is chaos when an army attacks people on the street. A woman gets shot, and her pram falls down a flight of stairs. After the camera cuts to a series of lion statues, the first is asleep, the second is awake and the third stands up. According to Eisenstein, these lions represent the people of Russia who have awoken and are now ready for revolution.

In Psycho’s famous shower sequence, a woman is stabbed to death whilst in the shower. When the montage starts, the editor creates a metric rule of 1 second per shot. In turn, the fast pace fits the panic on the screen, creating the emotion of terror. This scene uses a mix of metric, rhythmic and tonal, which makes it an example of an over tonal film montage.

In short, film montage editing is when you cut together images to create a fast paced sequence. There are lots of reasons filmmakers can use this technique, and you can find it in many film genres throughout the past 100 years.

Now that you know more about this editing style, you can use it effectively within your film. Consider how this style can show a passage of time and tension in a scene.

Also, next time you see a montage, try to guess what type of film montage they are using and why the director picked this method.