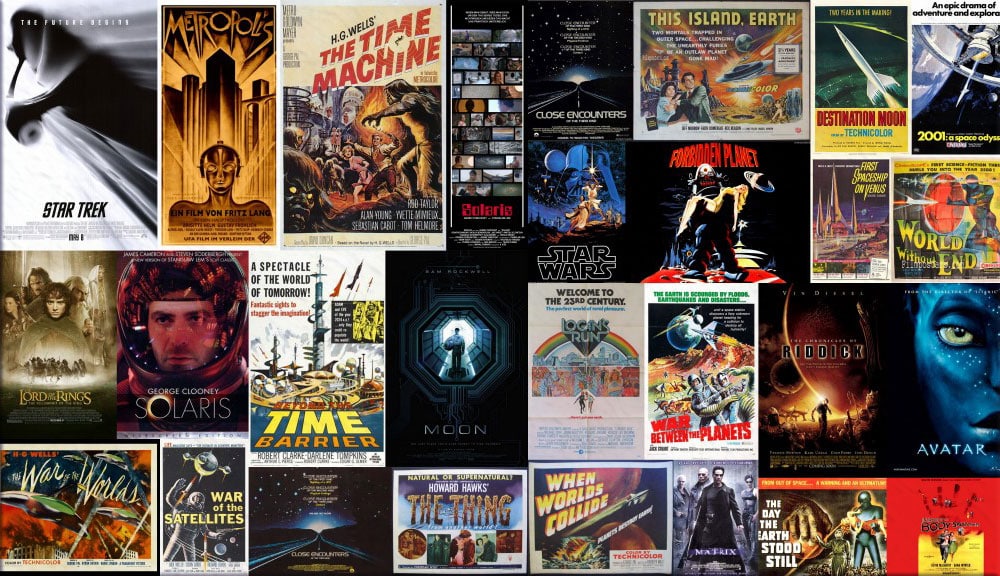 In this article, we give you some tips on our most effective film marketing strategies and a few examples of movies that have gone above and beyond.

So you’ve finished your first short film, what do you do now in order to get the word out there?

Marketing a short film is the key to building an audience and promoting yourself, your creative team and your work to the world. Whether it’s to gain recognition, further your career, or a stepping-stone to get funding for a larger project.

Whatever the reason, here are our top 6 most effective film marketing strategies.

In the same way you approach making a movie, approach the marketing of a short film with a clear plan and a focus on the end goal. This will help you be consistent and align every piece of film marketing you do with that end goal.

Start by determining who your target audience is and what they want. To build profiles of your ideal audience members you need to consider things like;

Audiences of different demographics have different preferences for how and where they source entertainment.

Therefore, you need to tailor your film marketing to them individually. This targeted approach is known as one-to-one marketing.

Next, build a timeline for rolling out your film marketing. Be smart about when you’ll release particular marketing materials. For example, time your online marketing to match when your audience is most likely to be active on social media.

Likewise, send out a press release with a good lead up to a screening. Check out this link on how to write a film press release which includes an example you can follow.

Then you need to create a list of ALL the people you’re going to market your short film to and all the ways you’ll grab their attention. Here’s a great 12-week plan you can follow for marketing a short film.

It seems obvious, but never underestimate the power of friends and family. Ask them first to help with marketing your short film, they want to see you succeed more than anyone.

Essentially, anyone who provided assistance in your production is great to market your short film too.

Additionally, if you crowd-funded your film, your backers will want to hear from you. Remember, they have financially and emotionally invested in your project; So not only are they your audience, they’re your advocates.

Ask for their help with your film marketing 👍

Film marketing doesn’t have to be an expensive exercise, although you should put some money into marketing. There will inevitably be an area you’ll need to pay for.

For example, a poster design and great stills. Screenshots from the film might work but definitely invest in the poster artwork and design. Create a few different designs for your various film marketing materials.

However, just ensure they are all cohesive in style. Here’s a great guide on how to make a movie poster.

Printing flyers is another area to spend your film marketing budget. It’s a very effective method to market a short film.

In the event that you’re holding a screening, why not letter drop local residences and businesses, inviting people to attend? And with permission, leave flyers at places such as;

A less costly, but just as effective, form of film marketing is social media.

However, you need a strong online presence to maximize on what Facebook, Instagram, and YouTube can do for marketing a short film. Once again, ensure the film’s branding is consistent across all online platforms.

Furthermore, a press release pack is ideal to email to anyone you’re asking to market your short film. It should say what the film is about, why it’s unique, and advise of key dates for a screening or release.

Drum up hype on a local level then challenge yourself to market your short film to the mainstream media. Journalists are looking for new content 24/7, so it’s certainly worth a try.

Your local radio station could offer exclusive film screenings to its listeners. Plus, if you time it right, you might get more attendees to a screening from the local paper’s write up.

Another awesome film marketing strategy is to join forces with other filmmakers to do a joint screening. Then, you might be able to share your database of contacts to cross promote.

Finally, if your film has a good social message, align yourself with a fundraising group that is relevant to the subject matter for your film. They may be willing to run a screening and raise funds for the good cause.

It’s important not to shy away from feedback. You might be pleasantly surprised with a positive response to your short film. The power of the review, no matter if it’s raving or slating your short film, creates attention and curiosity. It will encourage others to watch, no matter what.

Remember the film The Room (2003) by Tommy Wiseau? That film gained such a huge cult following despite its low production quality. It even led Hollywood to make a biographical spin-off movie starring James Franco called The Disaster Artist (2017) where he plays the man behind the movie.

Reviews also add to your impact on social media, meaning your short film could rank higher on a google search. Why not ask your list of short film enthusiasts or attendees at your screenings to do an online review?

Request permission for their email address, send a thank you email straight after a screening, and ask them to kindly review your film. Ensure to include a link to either your website, Facebook page, or YouTube channel to leave their review.

The same applies to endorsement from industry professionals. Ask experts in the film industry, and your peers, to write a testimonial you can use on film marketing materials such as your trailer or poster.

Some of the very best marketing stunts that gained notoriety seem like crazy ideas, but they really can elevate a film.

To give you some inspiration here are examples of some of the most memorable and incredibly effective film marketing strategies and why they nailed it.

The Blair Witch Project’s whole marketing campaign was based on the idea that it was a real-life documentary. They employed low-budget marketing tactics like missing person posters and a basic website which is still going (creepy right?).

The website included the story of the Blair Witch myth, along with the “known facts” relating to the disappearance of the filmmakers (the cast), in their search to uncover the truth. Supported by fictitious police reports, images, and news-style interview footage, in keeping with the found footage style of film.

Long before social media existed, this genius marketing strategy sparked a huge debate about whether the film was real. Blair Witch Project became a must-see movie and the second highest return on investment film ever made. Pretty clever! 😲

It goes without saying that the comic book blockbuster was destined to be a huge success but it still required a massive marketing campaign, and it was super creative;

This combined online/real life marketing approach goes hand-in-hand with the alternate reality nature of the comic book genre. Audience engagement was key and in turn it meant the fans spread the word themselves, since the fun factor was so worth it. Genius!

The trailer opens with camcorder footage of a party in NYC, which suddenly turns into all hell breaking loose. It built an air of fear and, quite literal uncertainty since the trailer didn’t even announce the name of the film, only its release date.

What a sure-fire way to have a killer box office opening, if all your audience remembers from the trailer is the release date?!

What followed in the months leading up to the release was a series of clues and rumors spread across the web, as film fans anticipated what the film would be called and what it was about.

The beauty here is that not only did the film gain its popularity simply on speculation, but the relevance to the film’s subject matter; it didn’t need a title, it simply could have just been a real-life disaster.

In short, these 6 strategies are just the starting point for ways you can market a short film. There are countless other ideas for film marketing to explore and don’t forget to be creative.

Our final piece of advice is to make sure you start early, maintain contact with anyone you work with, and continually build your network.

So, when you have something to share, you already know who to contact and where and how you’re going to spread the word. Lastly, always have another script up your sleeve, ready to go when you get that all important call.

As always, good luck and get marketing!

Natalie Lewis
Writer, Producer & Media Tutor.
You Might Also Like
Best LED Video Lights For Filming in 2023 [Beginner’s Guide]
10 Best Cinematographers Of All Time [You Need To Know]
How to use a Light Meter [Beginner’s Guide]