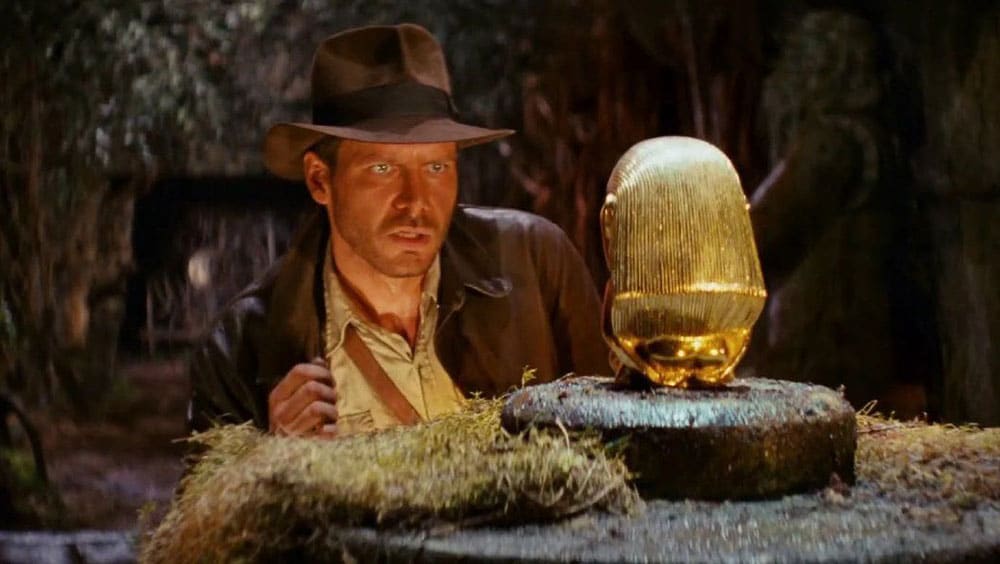 What is a Plot Hole? [5 Main Types Explained]

It’s time to talk about something every screenwriter fears – plot holes.

There are very few screenplays that are described as perfect. Even some of cinema’s greatest achievements can be picked apart by analysis. Usually, these glitches are linked back to plot holes or dodgy mechanics.

This article looks at the different types of movie plot holes and gives examples of some of the most famous ones.

What is a Plot Hole?

Something that jolts an audience out of their cinematic trance and questions the reality of a film, is usually a plot hole.

For example, Armageddon (1998) starring Bruce Willis has a glaring plot hole at the core of its story. In the film, a team of deep-sea oil drillers are trained to be astronauts. Their aim is to help destroy an asteroid hurtling toward the planet. However, it would be infinitely easier to teach astronauts how to drill, than the other way around.

Another much-debated movie plot hole comes up in Raiders of the Lost Ark (1981). By the end of the film, the involvement of our protagonist, Indiana Jones, does not affect the outcome. Whether he is present or not, the Nazis will open the ark and suffer the same fate, regardless.

There are five main types of movie plot holes. For consistency, we’ll use the Star Wars franchise to illustrate each one.

One of the most classic Star Wars plot holes relates to logic. If part of the story breaks the rules of the universe in which it is set, this is a logic plot hole. In space, there is no atmosphere or air. This means no explosions. But Star Wars is chocked full of them.

This happens most famously when Luke bullseyes the thermal exhaust port of the Death Star in Stars Wars: A New Hope (1977) – Kaboom! But it looks super cool and everyone watching punches the air in celebration. All is forgiven.

A narrative plot hole is where a narrative thread is in conflict with itself. If there are scenes in the film or franchise that don’t match up to other parts of the story, this is a narrative issue. In the Star Wars saga, a big plot hole arises from one simple detail – Luke Skywalker’s name.

Luke is supposed to be in hiding on Tatooine. Obi-Wan is tasked with protecting the secret son of Darth Vader/Anakin Skywalker. Surely, it’s a good idea to change his name. Although this point is magnified by the prequel trilogy, it still stands as a big movie plot hole.

This type of plot hole relates to the words or actions of the characters in a story. If an established character does something that doesn’t match their persona or acts in an illogical way, this is a character plot hole.

A much-debated Star Wars plot hole appears in Star Wars: The Force Awakens (2015). After the destruction of Starkiller Base and the heart-breaking death of Han Solo, our heroes return to the rebel stronghold. But when they arrive, a tearful Leia walks straight past Chewbacca and hugs Rey.

Considering Rey is brand new to the fold and Chewie, Han and Leia have decades of history between them, this is pretty cold, to say the least.

With the three main trilogies released out of chronological order, there are a variety of unresolved storylines. But a specific plot hole that irks fans is a romantic storyline between Finn and Rose.

At the end of Star Wars: The Last Jedi (2017), after a dramatic battle, Rose confesses her love to Finn. They kiss and she falls unconscious, overwhelmed by her wounds. However, at the start of Star Wars: The Rise of Skywalker (2019), Rose is fully healed but she and Finn carry on as if their clinch never happened.

This movie plot hole could have emerged from two directors having different visions for the franchise. Nevertheless, many fans are upset by this and feel that the character’s story arcs are lazily abandoned.

A phrase originally coined by Alfred Hitchcock. A MacGuffin is an object or device that keeps the plot moving and serves as a motivation for the characters. Think of the briefcase in Pulp Fiction (1994) or the One Ring in Lord of the Rings. However, if the devices are surrounded in mystery, then they can also spawn plot holes. Star Wars famously has many of these plot devices, from the plans to the Death Star to inherited light sabres.

However, one in particular, that doesn’t work that well is the Sith Wayfinder in Star Wars: The Rise of Skywalker (2019). This Star Wars plot hole is a map to the hidden Sith world of Exegol. Not only does the story fail to hint at how the compass device works, but its presence and location in the plot is questionable. Initially, our heroes try to acquire the Wayfinder by stealing it from the villain Kylo Ren. Ren destroys the device, and all seems lost.

But wait, there is a second one sitting in the wreckage of the Death Star from Star Wars: Return of the Jedi (1983). Considering the wreck has been scoured by scavengers for decades, it seems unlikely to still be there. This doesn’t even take into consideration that Luke Skywalker hunted for the Wayfinder for years, and Rey finds it in a matter of hours.

Movie plot holes can appear from the smallest of narrative missteps. Some are more forgivable than others. Plus, if an audience is fully invested in a story, they simply don’t care. However, the more complicated the narrative, then the more likely plot holes are to emerge.

The Star Wars saga has been written over 40 years, meaning plot holes in the franchise are near unavoidable. In your own writing, one of the best ways to steer clear of them is to interrogate your more intricate plot points. If your solutions seem too good to be true, then you may have written in one of the movie plot holes described above.