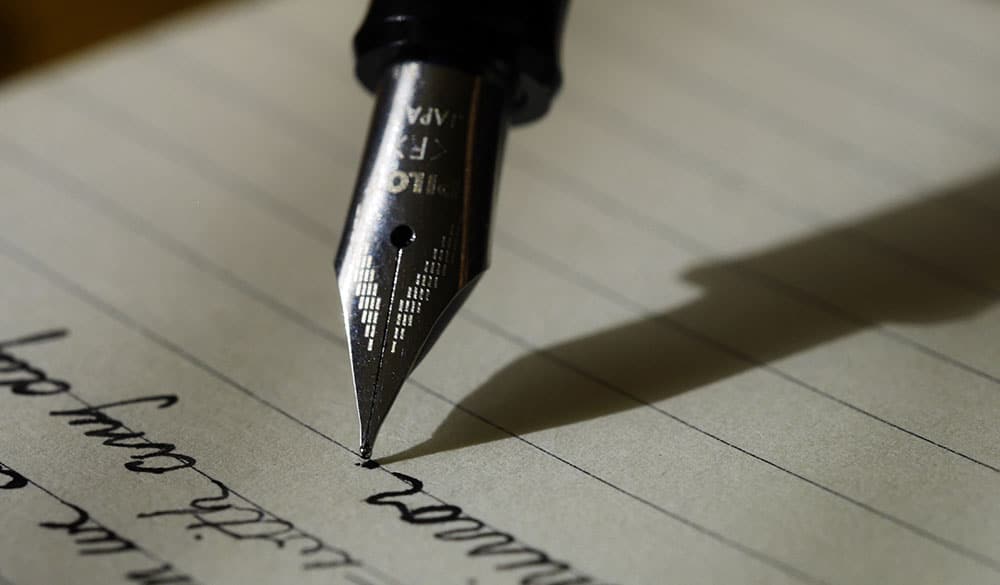 Want to write and sell a screenplay? Then you will need to learn how to make a film synopsis. A film synopsis is a one-page document summarising your film. Producers will ask for a movie synopsis before they read your screenplay. So, it is an essential skill for all screenwriters and filmmakers to learn.

Below you will learn how to write a synopsis, including a feature film synopsis example and template.

What is a Film Synopsis?

A synopsis is a short breakdown of what happens in your story. It contains the film’s title, logline, and summary. The length should be no longer than one page long (400-500 words), which is why it is sometimes called a one-pager. When writing a book, you might also create a synopsis, but in this article, we will focus on screenwriting.

It is very similar to a film treatment, only shorter because a treatment is between 3-5 pages long. In addition, a film logline is a sentence summary of your film’s overall plot. Before a producer reads your screenplay, they will likely ask to read a synopsis so, if you want to sell your script, you need to learn how to write a synopsis.

You can use a synopsis for features, shorts and TV episodes all follow the same structure broken down below.

How to Write a Film Synopsis

The key elements of the film synopsis are its length, title, logline and summary. Sometimes a producer or production company will provide a word limit before you submit your synopsis. Often this is between 400-500 words, approximately one page.

You will also need a project title. When in doubt, pick one that encompasses the genre or setting of the film. At the development stage, it’s perfectly fine to use a working title!

Next comes the logline, similar to a film treatment. The logline should come after the header to provide more insight into the story. When writing a logline, write a one-sentence story breakdown. This is like you would find on a cinema listing.

The majority of your movie synopsis is the summary, a breakdown of your entire film script. You should write this in the present tense, third person and follow the traditional three-act structure. As a screenwriter, you will need one for entering competitions, showing to agents and selling screenplays.

However, this is an important skill to master for all filmmakers, not just screenwriters. Because a film synopsis is helpful throughout the filmmaking process, from development to selling your finished film.

A synopsis is a short story version of your whole script. It doesn’t contain everything that happens, except your stories core conflict. You should write it in the present tense, third person and only mention the main characters and events that occur throughout the script.

The easiest way is to do this is to break it into three acts (beginning, middle, ending) and write a paragraph for each. The Star Wars film synopsis example below is in this format.

Early in the synopsis, you should establish your lead protagonists and their involvement in the story. This should follow with the character’s main goal or obstacle they have to overcome. It’s also a good idea to mention and write within the genre of the film.

For example, a comedy movie synopsis will have a lighter tone than a drama. An action film will be more energetic and fast-paced. It’s a good idea to rewrite your synopsis and get some feedback from others before submitting it to producers.

Your synopsis structure starts with your film opening setup. This is when you introduce the main characters, location and situation. What is the main plot of your film’s story?

The middle of your story is where the conflict takes place. Mention what happens to your characters on their journey and why we should care about them.

Finally, the film ends with the revolution. You should spoil the ending in a synopsis and not keep it a secret or end with a cliff-hanger.

A breakdown of a film synopsis structure:

This film synopsis example is for the original film Star Wars written by George Lucas in 1973. Lucas gave it to United Artists, but they turned down the project due to its high budget. A year later, Twentieth Century Fox accepted the picture, and the project moved forwards.

So, it was only after submitting a film synopsis that Lucas wrote his first draft in May 1974. This film synopsis example is very different to the finished film. It has themes from science fiction novels Dune, Flash Gordon and the work of director Akira Kurosawa.

If you are making a film, be sure to check out our free film production forms.

To sum up, a movie synopsis is a helpful tool when writing and selling your screenplay. All filmmakers should learn how to write and understand the format of a synopsis. Agents, executives and producers all read one before they read the whole screenplay.

In addition to this, a synopsis is a great tool to use whilst you pitch your script. It’s not easy to shorten a 90-120 page screenplay into a one-page summary, but you need to if you want to get your film made.