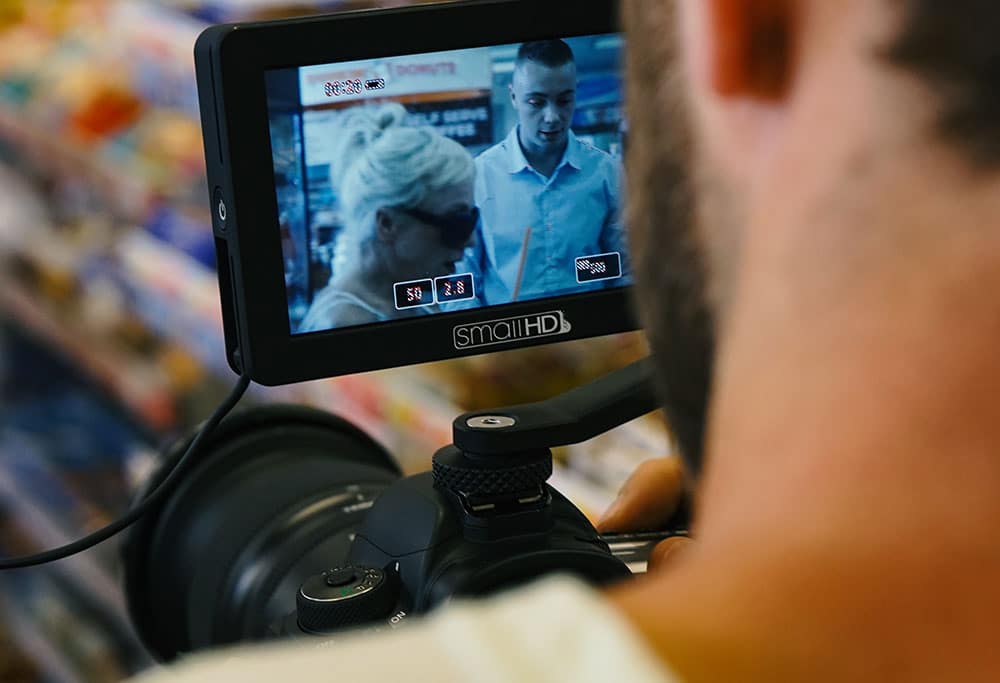 How To Make a Low Budget Film Look Professional

There is no denying it, making a low budget film has never been easier.

As filmmakers in the 21st century, we are indeed spoiled with options. But even so, despite all of the resources, sloppy-looking films are still being made.

You see on the whole it’s not about what camera you shoot on. To make the most of a reduced budget you need to consider the whole filmmaking process.

This article will breakdown the filmmaking process for a low budget film.

Firstly, lets look at your script. It’s tempting to let your imagination run wild but some stories are cheaper to produce than others.

For example, a contemporary drama will most likely cost less than a futuristic sci-fi. If you are going to shoot a high concept film you need to be clever with how you go about this.

For instance, take the feature film Monsters (2010) directed by Gareth Edwards. This sci-fi feature is full of CGI elements but cost considerably less than typical features of this genre. This was due to many cost cuts such as hiring a small crew, using public locations and Edwards creating the visual effects himself. If you are a filmmaker writing your screenplay, play to your strengths and use what resources you have access to. Additionally, if you are a producer sourcing a screenplay, consider how many location changes and actors are in the script.

Elements such as special effects, stunts, and expensive to hire locations can quickly increase the films overall budget.

A low budget film can have a varied budget. For some, this will mean making a film with no budget at all, in contrast, others will have some basic funding.

Keep in mind that it is almost impossible to make a film without spending a penny. Extra costs such as food, petrol, and transport costs are unavoidable. It’s best, to be honest with your cast and crew when it comes to your budget and offer expenses if you can.

When preparing your shooting schedule you will need to be careful with how you plan shooting days. In essence, fewer days will cost less.

However, keep in mind that cast and crew will not happily work for more than 12 hours a day.

To illustrate, a major studio production might only get through 1 page of script a day whilst an independent could aim for 5 pages.

In short, plan wisely, it’s better to have time left over than to be unable to complete your film.

Never underestimate how vital a good cast is for a low budget film. An audience will forgive camera issues and modest set design but poor acting will destroy the illusion. The right cast is out there, although it will take longer for a low budget to find them.

If you were to pick two stages to focus your time and energy on in pre-production make it scheduling and casting.

There are many ways to approach casting your indie film. To begin with, you can try actor glossaries such as Backstage and Spotlight.

Additionally, you can try Facebook groups and contacting agents. Even though you have a low-budget a professional actor might agree to work with you if they like the script.

To sum up it is a good idea to have a basic schedule and budget in place before casting. This way you can be honest with your cast on what you can offer.

You have an abundance of choices when it comes to cameras. With a low-budget overall your going to go with what you already have access to. As a producer you have the option of hiring someone who owns equipment, renting or buying.

Occasionally it makes financial sense to purchase a camera rather than rent. When choosing equipment keep in mind what your goals are for distribution.

Streaming channels, for instance, have camera requirements. You can also get away with more mistakes on a small screen than on a cinema projection.

Then there is lighting design, some low budget films only use natural lighting. However, if you have night shoots or indoor locations you will need to have a lighting budget. It is also a good idea to do some camera and lighting tests before you start filming. This way you can understand the limitations of your camera.

Sound is a notoriously overlooked on low budgets. Bad audio can ruin your film, or even more cost you a fortune improving in post-production. Aim for quality audio recording during your shoot.

An experienced sound recordist with there own equipment can be expensive and hard to find at a low rate. If you can’t afford a professional recordist without a doubt make sure to check that audio is recording before every take.

This final stage, if unplanned can turn into an unexpectedly costly process. This is because editing takes twice as long as shooting to complete. Unless you are editing the film yourself, you will need to find an editor. And editors can be expensive, as a result, it’s best to find one and negotiate rates before filming begins.

Another tip is to start editing the film while in production. To explain, you can have your editor capture and edit footage daily whilst you shoot. This way you can see clearly what works and what picks-ups might be needed whilst still filming.

And by all means, don’t forget to make hard drive backups of your footage. Hard drives can be expensive but they are a necessary cost.

Colour correcting your film is another technique to make your low budget film stand out visually. Many low budgets forget to colour correct and this can be done easily by using editing software and LUTS.

Lastly, all music used in your film must be copyright free. Hiring a composer to write original music will make your film seem more professional. Make time for the finishing touches such as colour grading, music, and audio design.

Learning to not always rely on money is an essential skill to grasp as a filmmaker. With this in mind, we hope this article has sparked some ideas on how to make your own low budget film.

Which piece of advice above will you be implementing on your next production?