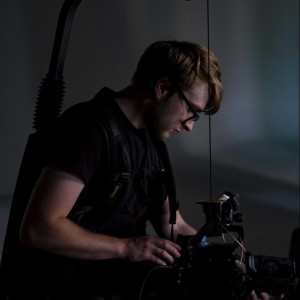 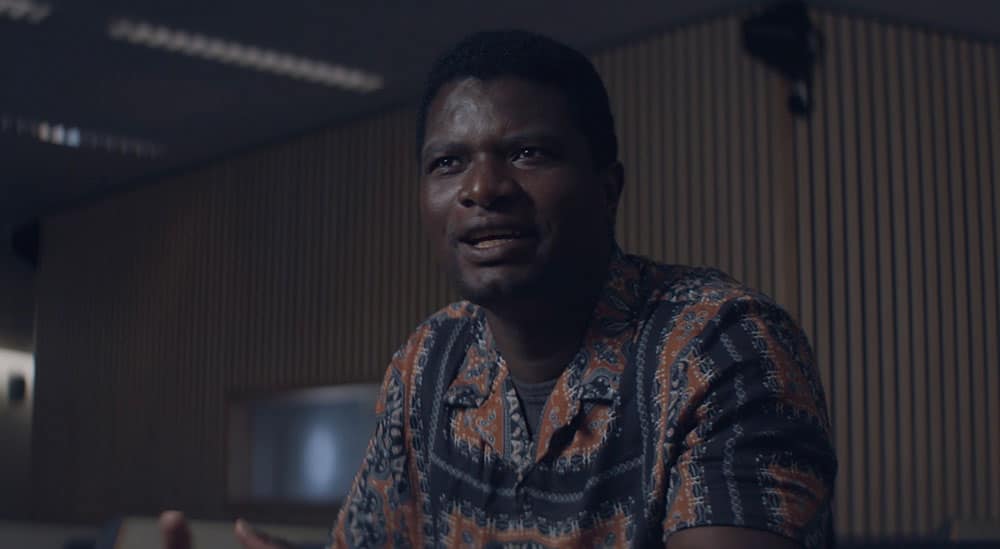 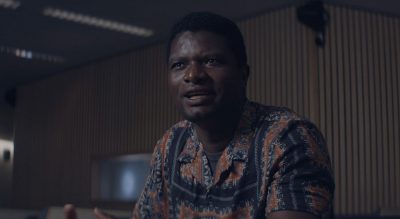 We look at a few different techniques on how to use negative fill as an effective film lighting technique.

Most people starting out in production have heard of fill light. It’s one of the key components in creating a traditional, and balanced image in a three-point lighting set-up.

But what happens when you want a moodier visual with a lot more contrast?

This is where negative fill comes in handy…

What is Negative Fill?

Fill light, as explored in a previous post about three-point lighting, is primarily used to lift the shadows in an image.

Therefore, negative fill is designed to take light away, creating more contrast across the frame.

This is a great film lighting technique to help shape an image and add more dimension to a subject’s face. Whilst also being effective in removing ambient light from a scene.

Not only this, but it’s also very budget friendly!

How Does Negative Fill Work?

To make it easy, I’ve used a selection of frames from different projects below, including diagrams of the different lighting setups. The first few frames are more focused on interviews, as this is a huge part of the current market.

Firstly, when following traditional film lighting techniques, fill light usually sits on the other side of the camera to the key.

However, what if you have a client who wants a moodier visual? Or you are in a room with loads of ambient light bouncing around with no way to control it?

Below is an example from a project where we needed to take light away in order to add contrast across the subject’s face.

To do this, we added negative fill by moving a large black poly board close to the subject’s face (where we would usually place the fill light).

Therefore, adding shadows to one side of the face whilst removing any light that was bouncing around and hitting the subject.

If you don’t have a poly board, you can achieve this with a large black drape (very budget friendly!). We also have another article on DIY film lighting techniques.

The negative fill in this example has helped in the following ways.

In addition to all of this, we have only used one source and tried to make the most of the practical lights in the room. So, it’s perfect for anyone just starting out and unable to afford the outlay of expensive kit.

This also works outside and can be a great way to utilise and control the largest and most powerful source of them all – THE SUN! 🌞

Below is a frame which uses the exact same set up, except this time we are using the sun as our key light.

The exact same principle applies, with the negative fill being an excellent film lighting technique to take away light and help add shape and contrast.

Getting Rid of Ambient Light

Negative Fill is also an excellent film lighting technique to get rid of ambient light in a space.

Ambient light is light that is already present in a scene before lighting has been added.

This can be particularly prevalent in rooms with light coloured walls, thus causing light to bounce around the whole space.

We can use negative fill to control this and help shape where our light is coming from. Below is a frame from a project where we did just that.

We keyed from outside the window, using a single source with a blue gel on (1/2 CTB) to help create an artificial and dream like moonlight. This was the only source we used for the whole scene.

To the right of the frame, we then hung a large black drape along the length of the wall.

Because the walls were white, we found the source was hitting the back wall and causing light to spill all over the frame. The black drape countered this.

Subsequently, negative fill allowed us to add contrast across the frame and control our light source better. Making sure our moonlight maintained some element of authenticity.

Below, is another example where we did just this. This film lighting technique allows us to control all the ambient light in the room. Whilst also helping to control the large source (HMI) we were firing through the window.

The negative fill in this example meant we kept some shape to our subject in the environment she was in.

Both these frames follow a similar methodology; one shot in daylight and one at night. In both frames, we are keying from the window and placing negative fill in the room to help control the spread of light in the space.

Finally, when you’re first starting out, you don’t have money to spend on every lighting source under the sun (pardon the pun).

Drapes are cheap! And by using them appropriately, they can really help create a wonderful series of images when used for negative fill.

This technique can be huge in helping create a professional and polished look that your client wants. Whilst not breaking the bank! Also, check out our other article on budget lighting kits.

In short, negative fill, or even removing light from a frame, can be used for anything from an interview to a scene and even product shots.

The point is, you can use this for almost anything! Taking light away can be as effective as adding another source. It can really help push your visuals to another level in terms of creating dimension and depth.

So have a play, and have fun with it! 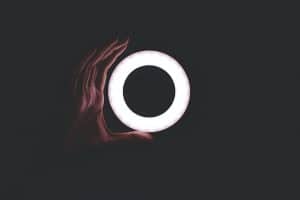 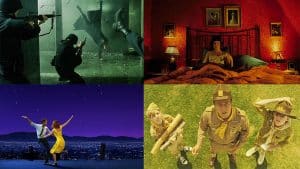 How to Create a Movie Colour Palette [Step-by-Step Guide]