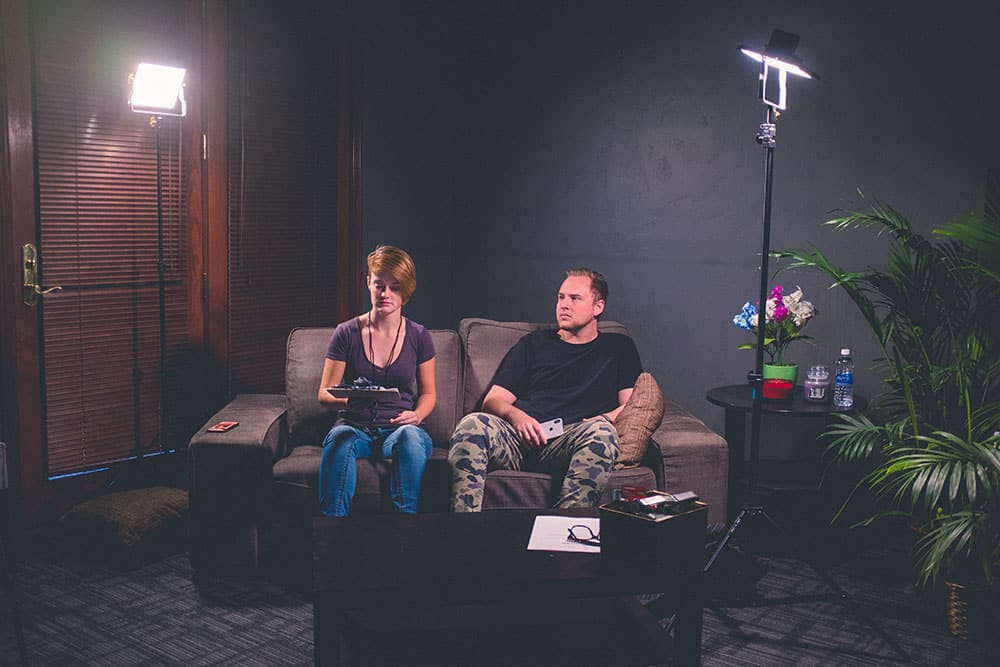 Does the idea of working with actors interest you? If so, you might want to be a casting director.

The casting director finds actors for film and TV shows. It’s an exciting job and perfect for someone who loves working with people.

When you cast an actor, they need both talent and to look the part for the story. In addition to this, you need to consider the actor’s availability, budget and how much of a buzz their image will create during ticket sales.

What Does a Casting Director Do?

Casting directors are in charge of the whole casting process. They find, audition and hire the actors for all roles within a film. This includes lead actors, supporting and background talent. Also, they work on behalf of the director and producer during the film planning stage.

It’s important that the actor looks right for the role and has talent. Therefore they need to understand the art of acting. Sometimes the auditions will take place in person and other times they will happen online (where actors will send in videos).

The casting director will also look at the film’s budget when casting. Part of their job is to research actors and meet agents. They will do this by attending events, film festivals and theatre shows.

When they have found actors, the casting director will show them to the director and producer. They will then carry out more auditions before deciding who to hire. Their final job is to help write the actor’s work agreements.

The casting director is hired either by the producer or the line producer. A producer will likely work with the same person on multiple projects during their career.

To begin with, they will read the script and create an actor’s script breakdown. A breakdown is a list of all actors mentioned throughout the screenplay and detail of what they look like.

Next, the casting director will create character profiles and begin their search. They will use their contacts, approach agents, and create advertisements. As mentioned, the auditions might happen in person or online. They will also gather headshots and information about the actors.

The casting director’s first task is to read through the screenplay. Then, like all film heads of departments, they will create a script breakdown.

After this, they then find actors for all the roles. To do this, they will contact agents, watch reels and create ads.

Casting directors need to learn many new skills. To begin with, they might get a degree in performing arts, film or media studies. It’s important that you understand the full filmmaking process and the art of acting. There are a lot of film production courses and online workshops that teach the basics of filmmaking.

Another way to learn the job role is through work experience. Many start out as a trainee or casting assistants. You might also be able to find work within a talent agency. Doing this will provide you with essential training.

To succeed in this role, you will need to have an eye for talent. For example, spot star quality and understand what makes a good actor. Finding actors will require organisation and research. Also, you will need to work out contracts and stick to a budget.

Like all roles, the casting director will need to make contacts in the industry. You must know actors, agents and producers. You can find people by attending events, film festivals and theatre shows. Lastly, please note that a role requires a lot of teamwork and social skills.

Most people in this role start in an entry-level position. For example, you can start as a film runner or casting assistant for this role. Once you have some experience, you can try to find work within a casting agency.

Casting assistants will help out with basic admin tasks. For example, they will call agents and hire audition rooms. Many people work within this job role for many years before they can move up. Doing this lets you learn whilst getting paid, and you can make initial contacts.

Another route is to work as a casting director on small projects. Doing this allows you to practice your job role and make contacts before working on bigger film sets. Some casting directors will also start their own agency.

The day rate of all film industry crew members depends on the project type and budget. So, you will get less pay for a low-budget indie film than for a high-end TV project. Looking at our crew rates, you can see how rates change depending on the budget and job role. Your rate will also take into account your experience level.

The casting director is a head of department position and your rate will vary heavily on experience. On the low end, a casting director for film and TV will make £250/day. Then the day rate for TV and high-end film projects will increase to £400/day. You can find updated information and rates by the casting directors guild.

To sum up, the casting director is an interesting job role in the film industry. Unlike other positions, you can work directly with the actors and director. You also get a lot of creative say on who gets cast and help shape the film’s overall look.

This role is perfect for people who want to work with actors. It requires strong people skills, organization, and budgeting. You can work up to larger film and TV sets by succeeding in this role. Many casting directors make a good income and have long careers in the film industry.